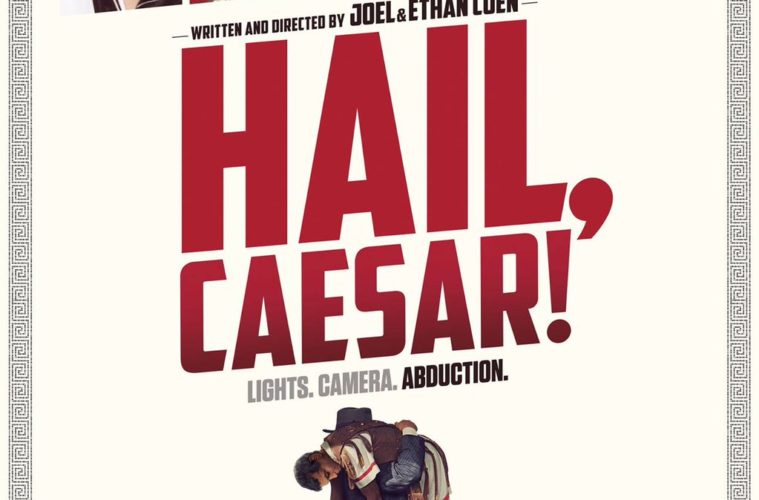 Dozens of films try to copy the Coens every year, and yet no one ever comes close. They have developed such a delicate, fluid witches’ brew of talent behind and in front of the camera, and a writing style that’s consistently funny and melancholy (often at the same time), that it seems impossible to replicate.

Hail, Caesar! is a film that could only ever be made by the Coens. Just as the brothers themselves love to present dialectics about the duality of triviality and seriousness, so, too, does Hail, Caesar! constantly skate back and forth between feeling slight and monumental.

Its plot, like much of their work, is a tangle of transparent, connected convolutions. Eddie Mannix (Josh Brolin) is a fixer for Capitol Pictures in the 1950s. His day to day is problem-solving, and he’s faced with some sizable ones. The studio is in the middle of making a prestige blockbuster about Jesus Christ that will be bigger than the Bible, but they’re missing their leading man, Baird Whitlock (George Clooney). The only clue is a typed ransom letter from a group enigmatically named The Future.

Brolin plays Mannix like he was transported directly from one of Howard Hawks’ own screwball classics, complete with a style of dialogue that sounds like his brain is still trying to catch up with what his mouth is saying. But he’s just as able when it comes to bringing gravitas to the moments of narrative self-reflection.

Clooney, on the other hand, is happy to dig into the misguided-chump role. As the aloof Baird, he wades around in a cloud of confusion, believing that bigger forces are at work and completely misunderstanding the reasons. The nature of The Future is best left unsaid, but it’s fair to say their plan encapsulates all of the ironic, backwards, illogical madness that’s expected from the Coens’ sensibility.

In-between are three interconnected, smaller stories about established stars at the studio: DeeAnna Moran (Scarlett Johansson), Hobie Doyle (Alden Ehrenreich), and Burt Gurney (Channing Tatum). Along with Whitlock, this trio is just the start to how the brothers lovingly wink at and recapture Hollywood’s Golden Age.

Modeled after starlets who worked with Busby Berkeley, Johansson’s character is Brooklyn-nice, a spitfire who enlists Mannix’s help in disguising her oncoming pregnancy. And even as the script remains enthralled with the whims of egotistical stars, the film more often resembles a comedic Hugo than the petty, labyrinthine criss-crosses of The Player. For instance, Johansson’s character is part of a spectacular, isometric one-take that’s a loving homage to Berkeley’s pioneering Footlight Paradise scene.

Alden Ehrenreich is an endearing dope as the Ricky Nelson-style matinee idol Hobie Doyle. And even though this is one of his first starring roles, he’s part of the some of the most memorable scenes, especially when he’s transferred from his usual cowboy shtick to an Ernst Lubitsch-style comedy of manners.

From the moment Hobie steps onto the new soundstage, his clodhopping gait and naturally rounded twang can’t wrap around the sophisticated language of the upper crust. Ralph Fiennes is an absolute scene-stealer as the hilariously named director, Laurence Laurentz, who speaks exclusively in ten-cent words and a refined haughtiness in every conversation with Hobie. Eagle-eyed fans may have already heard his “Would that it were so simple” lesson with Ehrenreich, which is sure to erupt into one of the year’s most-repeated and iconic scenes.

Embodying the Fred Astaire-meets-Gene Kelly character Burt Gurney, Tatum may be the best of the three, although the exact reasons are best kept under wraps. His glorious tap-dancing scene here gives Magic Mike XXL a real run for its money in terms of pure performance through body movement. Even when he’s not dancing, Hail, Caesar! continues to be proof that Tatum has genuine comedic timing.

Plenty of other Coen regulars stop by for a sequence or two. Tilda Swinton does double duty as twin sisters Thessaly / Thora, a pair of Hedda Hopper-esque pesky reporters of varying reputation who manage to bother Mannix with alarming consistency at the wrong time. Frances McDormand, as well, gets one absolute corker of a scene as the shut-in editor at the studio. And when you’re the Coen brothers, you can easily get someone like Jonah Hill to imbue one two-minute scene with disaffected seriousness, not to mention perfectly-fitting cameos from Christopher Lambert, Alex Karpovsky, and a blink-and-you-miss-him Dolph Lundgren.

As a cinematographer, Roger Deakins‘ consistency has nearly become a curse, but his work in the film goes a long way in communicating the scope of both the artificial sets and the studio setting as a whole. His work is, as always, cleanly shot and immaculately blocked, and there’s a particular boldness to the way he uses establishing shots as frame-filling moments.

Hail, Caesar! proudly lives up to its premise of a film about Hollywood — but, moreover, it feels at times like a rebuke to the Coens’ misguided reputation as miserabilists. Those that have described A Serious Man as sadism for its treatment of the hapless Larry Gopnik or complained about Inside Llewyn Davis, which centers on a character for whom misfortune is in constant orbit around their world, should find that Hail, Caesar! is simply a delight from first to last frame. There’s nary a moment when this film isn’t poking fun at itself.

This is a heartfelt lampooning of Hollywood that shrinks big egos as often as it skewers inside-baseball filmmaking bits such as outtakes from unfinished dallies. Aside from an uproarious set piece in a room with religious leaders of all stripes, which could be cheekily dubbed existentialist screwball, Hail, Caesar! is far less enamored with bigger questions than the rest of the Coens’ ouevre. However, their pet themes are still ever-present here — faith vs. reason, grand machinations for small measures — and are buried even more snugly than usual within their signature nesting dolls of genre.

As ever, their sensibility is a study in contradictions. Hail, Caesar! is precisely measured in its consideration of each character’s time while still feeling shambolic. But even when the pacing is elongated or halted, it comes with a purpose. The aforementioned water aerobics and tap-dancing scene are played in full without meta jokes, excepting the extra-textual knowledge of seeing someone like Johansson or Tatum play dress-up and pull off an acrobatic performance.

The film almost dares the viewer to doubt its seriousness, though. As the plot starts gearing up and throwing curveballs left and right, it halts in the middle to return to Mannix having dinner with a potential employer. The ensuing interaction becomes a meta discussion about the potential importance of this new job, ending with the man using a picture of the atomic bomb as a conversation-ender.

And just when it appears that one of the final scenes is totemic in understanding the whole film, its stinger is an in-joke that only the Coens would write. Hail, Caesar! is both smaller and bigger on the inside, and, as usual, its point doesn’t lie in the puzzle-box magic of the narrative, but in the sleight of hand.