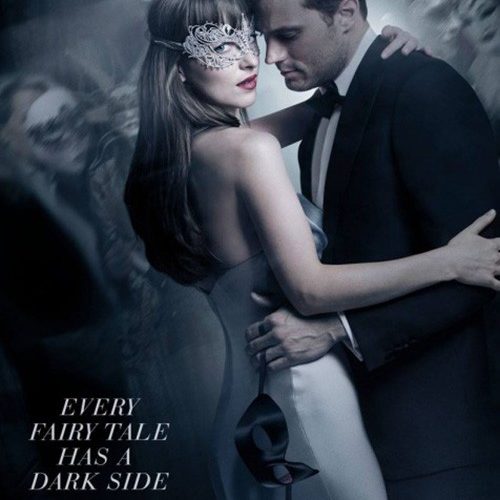 Having not read the books or seen the first film adaptation, Fifty Shades Darker was my introduction to the mega-popular romance series. What struck me more than anything else was how extraordinarily tame the sex scenes are. This is the whole reason the franchise is even a thing, yet the word “kink” should only be used to describe it with several extra-imagined layered scare quotes. Barely any items in the arsenal of Christian Grey’s fabled “Red Room” are ever used, and the kinkiest among them, the nipple clamps, aren’t even put on anyone’s nipples.

But then the thrust of the “plot” here (another word in need of extra scare quotes) is that Anastasia Steele (Dakota Johnson) is giving Grey (Jamie Dornan) another shot at a relationship on the condition that he tamp down on his sadomasochistic proclivities and need for control. Changing a man so radically, after all, is one of those things that basically never happens in reality, but works out nearly 100% of the time in fiction. It’s seemingly Grey’s instinct to react to whatever Ana does with a command, and there are many scenes here in which she must give him the verbal equivalent of a bap on the nose with a rolled-up newspaper. Through such “No! Bad boy! Bad!” conditioning, they act out a facsimile of a romance that would be much more convincing if Johnson and Dornan had any chemistry.

Despite the mildness of its sex scenes, Fifty Shades feels strangely revolutionary for having them. After all, most “sex scenes” in American cinema and television actually depict either the beginning or end of sex, mostly to use nudity for base titillation and doing little else to be erotic. Devoting full sequences to sex and focusing on a female character’s pleasure is rare. Granted, this puts it roughly on the level of a Cinemax softcore series, but that’s still a step above the frigidity of most movies or leering of most TV shows. That this is the case is more of a knock against American culture than a plaudit for this film, but still.