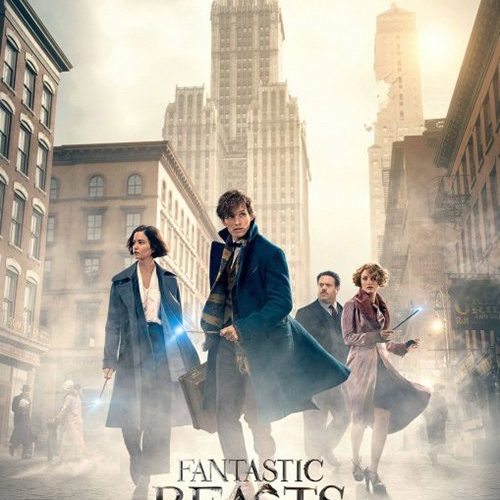 Review: ‘Fantastic Beasts and Where to Find Them’ is Missing the Magic of ‘Harry Potter’

The cinematic universe must continue. No franchise will go untouched. Stories cannot end. And so we are back in the Harry Potter universe via the prequel / spinoff Fantastic Beasts and Where to Find Them. This is the first installment in a new quintet. (That’s five.) It was originally meant to be a single film. Hollywood multiplies properties with name recognition like the treasures from the vault in Deathly Hallows. I’ve no idea how the next film will keep the Fantastic Beasts name in a way that makes sense, since the serialized elements being set up here have nothing to do with magical animals.

In fact, the franchise obligations hanging over Fantastic Beasts are so heavy that they’ve essentially split it into two movies: one that is actually about beasts that are fantastic and where one may find them, and the other about a brewing conflict in the wizarding world that is long on setup while providing nil payoff. The first story seems to exist only to provide a framework with which to work in scenes from the other. Multiple characters are here for no reason other than that they’ll presumably play a more important role in the sequels – one showing up only in a photo but still getting a lengthy backstory. This is Marvel imitation at its most tedious. It’s particularly disappointing given how, in her original Harry Potter books, screenwriter J.K. Rowling demonstrated a deft ability to put in subtle foreshadowing and use characters and elements that would later take on new significance.

It’s New York City circa 1926, and British wizard naturalist Newt Scamander (Eddie Redmayne) has arrived with a suitcase full of magic monsters. A mishap with a Muggle — or, as Americans call non-magical people, “No-Maj,” in the worst bit of fake YA terminology yet — named Jacob Kowalski (Dan Fogler) causes several of the creatures to escape into the city. Along with law enforcement witch Porpentina Goldstein (Katherine Waterston) and her sister, Queenie (Alison Sudol), Newt and Jacob set out to recapture them. At the same time, a sinister magical force is causing chaos, threatening to expose the wizards to the mundane world. Newt’s bestiary gets scapegoated for this, though in a narratively half-assed way.

Little details about how the wizarding world works have always made for the best parts of the Harry Potter movies. Fantastic Beasts is no different, though such treats come fewer and farther between here. Animated mice made of paper deliver memos in an office. Within Newt’s case is an expansive, diorama-like zoo of diverse environments. It’s neat! But the wizarding world, as presented here, is a dully oneiric, video-game-like vision of old New York. Somehow, stepping into the past has made it less fantastical – wizards now dress almost identically to Muggles No-Majes, for instance. And most of the magical creatures couldn’t pass muster as Pokémon, Digimon, or even Monster Rancher thingies.

It’s difficult to see any of the cast here becoming as beloved as anyone from the original series, even to the most dedicated fans. Newt is a void of a character, and Redmayne plays him as an incessant mutterer. Weirdly, while the Potter franchise had fun unspooling mysteries for its lead trio, here, Newt knows almost everything that’s going on from the start, and the audience is let in on things gradually, as he relates them to the other characters. It’s alienating. Fogler, being the first major non-magical character in this universe, gets to sort of have fun gawking at all the goings-on. Waterston and Sudol are fine – though, despite being the co-lead, Porpentina gets fewer useful things to do than Queenie. Colin Farrell is also in it but doesn’t get to be too Colin Farrelly, which is a shame.

Rowling’s script almost finds a way to bind its disparate threads together. Parallels are drawn between the rigid segregation of the magical and nonmagical worlds in America, the automatic fear with which Newt’s animals are treated, and the newly introduced “obscurials” – young wizards forced to suppress their magic. But they never coalesce into a real statement. How could they when the movie hasn’t been allowed to exist simply as itself? Instead, Fantastic Beasts walks up to what could have been a memorably bittersweet ending before backing down for the sake of its sequel. HP’s themes about prejudice and social injustice have made it a favorite point of reference for young activists. (Witness the many, many comparisons to the series people have been making on social media over the course of this year’s U.S. elections.) But Rowling has never considered that allegory too deeply. It’s odd to see an analogue for American miscegenation laws (wizards and No-Majes may not marry) in a story with a speaking role for only one black person.

David Yates, a veteran of the HP films, might actually be devolving as a director. Wizard battles are worse than ever, still consisting of little beyond plain white energy blasts getting volleyed back and forth. And the dialogue scenes are even worse. Fantastic Beasts has a distracting tendency to pause just a little too long between each line, making it seem like the characters always feel extremely awkward about talking. If this is what can be expected of the franchise, there’s little to hope for. Just play Pokémon Go instead.

Fantastic Beasts and Where to Find Them opens nationwide on Friday, November 18.