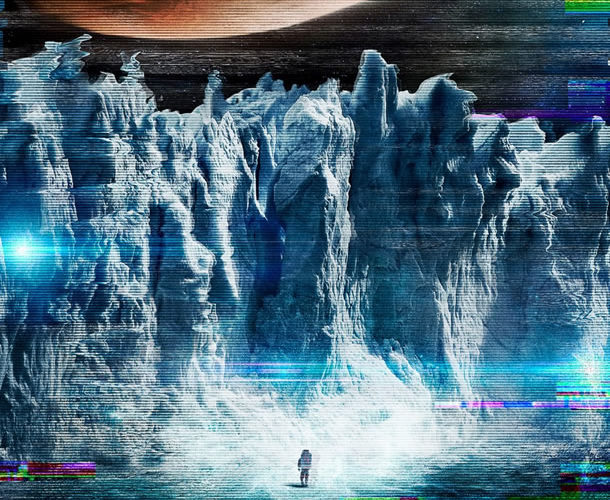 By now, it’s fairly well understood that science fiction films, which were once among Hollywood’s most lucrative, beloved, and acclaimed productions, are somewhat lacking. Not only are the original ones—those either based on original material or significant departures from their source, a la Blade Runner—becoming increasingly rare, but those that fit the bill, the likes of Avatar, Sunshine, or the works of Kurt Wimmer, for example, aren’t exactly critical darlings. The genre that once was synonymous with allegory, boundary-pushing, and thematic depth has become the go-to genre for sequels/remakes/reboots and generally unimpressive fanfare.

With several big sci-fi films in the works, such as Alfonso Cuaron’s Gravity, a follow-up to the exceptional Children of Men, Christopher Nolan’s Interstellar, and Neil Blomkamp’s Elysium, hopefully things will change soon. But while we wait for those films trickle out over the nex year or so, we have Sebastián Cordero‘s Europa Report to hold us.

Europa Report is a low-budget thriller about a team’s journey to Europa, one of Jupiter’s moons, in search for life. Thanks to the work of Eugenio Caballero (Pan’s Labyrinth) and John Bair, who handles sets visual effects, respectively, Europa Report is able to capture a sense of wonder and adventure despite the lack of money. Sure, the surface of Europa isn’t able to be seen quite as much as we might wish, and even it appears a bit videogame-ish at times, but when we do get to see it, a well-scripted and sharply-acted sequence makes every peek at the beautiful, icy surface quiver with discovery.

In addition, the low-budget keeps the plot down to earth. Despite the aural nod to 2001: A Space Odyssey and a shot that recalls Solaris, Europa Report has more in common with Shane Carruth’s Primer in terms of tone and scale. The possibility of discovery and the total annihilation of frontier are taken very seriously by the crew, but so are temperature and radiation levels. As in Primer, which didn’t ask if time-travel should be used to kill Hitler or save someone’s life, but rather just work out the fundamentals of how it works and what could go wrong, Europa Report is not a film about the endless possibilities of extraterrestrial life and interplanetary transportation, but rather a very focused look at what it would be like to try to gather just one or two samples from a very precise part of a celestial body’s surface. What does it mean to travel 650 million kilometers and then miss your target by 100 meters (that’s less than a billionth of a percentage point)? How much time is left before the reserve oxygen runs out? These are the questions, on the mind of Philip Gelatt’s screenplay. But that isn’t boring; on the contrary, it’s quite riveting.

Occasionally a character will make a stupid, carless decision, or the viewer will have a chance to pick up on something that the characters somehow miss (“Wait! You said “thinner ice than we thought” earlier! It’s going to crack!” you’ll want to shout), but even still, this is an attempt at character drama in a sci-fi setting, with focus on calculated risks and sacrifice, with group dynamics regarding power and roles occasionally coming into play. In this regard, Europa Report could have actually benefited from a longer run-time so we the six-man crew would be better individualized. Still, a multi-racial cast (albeit mostly white) lends credence to a remark that this team was pulled from all around the world, and it’s also a smart comment on any future that space-travel might hold: not just any team of astronauts will get the job done, it’s going to take the best. So, while we get to glimpse the complex dynamics at work, they are never quite fulfilling. The most interesting aspect of Europa Report, however, is its found-footage/documentary aesthetic. The film begins with low-resolution looks into the spaceship from fixed camera angles, and we even get a label telling us which room we are in and if we are looking through camera A, B, C, D, or E. As communications go out, the footage begins to resemble what your computer might do while trying to buffer a video on a public network or if it is about to crash. It creates a suspenseful tone that hangs throughout the film, which jumps back into the past—how did it get to that point?—and, after a few talking-heads sequences with the astronauts and the mission planners, takes us back on board. Split screens and interference both to audio and visuals are used to playful, sometimes even important effect, and the rotating array of cameras never feels gimmicky or unsatisfactory. Instead, good placement (and convenient character locations) makes it a creative, narrative-enhancing touch that never bogs the film down in the name of gimmick. On the other-hand, constant narrative-explanation becomes overbearing, as an easy-to-follow plot continually pauses to explain itself in the form of video-logging. It makes sense given the circumstances, but it does nothing for the audience, and given all the time ellipses that we work through, it would not be hard to consign such heavy-handed moments to off-screen time.

That same, “on one hand, this; on the other hand, that” applies largely to Europa Report as a whole. Despite tried-and-true formula (technical failure, one-by-one pick-offs, etc.), a number of creative enhancements make for an original and appropriately-scaled film. Its creativity doesn’t eliminate its predictability altogether, and the final quarter of the film feels particularly inevitable, but it more than makes up for it.