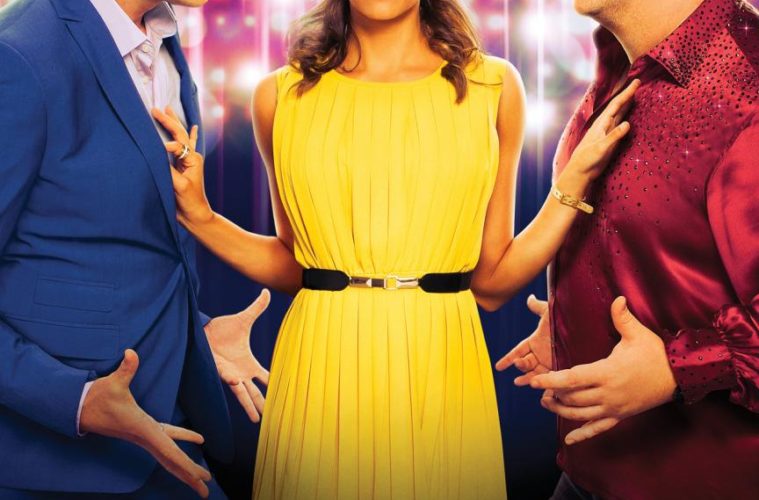 Cuban Fury mostly delivers the kind of funny, silly and delightful comedy as you’d expect from something “based on an original idea” by Nick Frost, best known as the side kick to Simon Pegg’s leading man in Edgar Wright’s “Cornetto Trilogy.” Here, Frost plays Bruce, a self-described “unstoppable salsa machine” with a passion for dance until his career ends in a brutal attack he and sister Sam (Oliva Colman) refer to as Sequin-Gate (he was forced to eat the sparkling decorations bedazzled to shirt by a group of hooligans).

Cut to some 25 years later, we find our man chubby and working as an engineer in a heavy-duty manufacturing concern. Drew (Chris O’Dowd) is his crude work partner, hilariously telling him that a dry promotional video Bruce has made for a product is what he thinks about to “not ejaculate too quickly.” Enter the foxy new sales manager, Julia (Rashida Jones), an American whom for some reason is working for the English firm. Naturally, she captures the attention of both Drew and Bruce. An important distinction in the Drew-Bruce relationship is they are collaborators in so much that they tolerate each other, acting as competitive professionals even as Drew frequently attempts to one-up Bruce. The tension, of course, comes to a head with a twist on the dance-off before the main event.

While having a post-golf pint at a pub, during a weekly check-in with his pals Gary and Mickey, Bruce discovers Julia is taking a salsa class upstairs. Inspired, he seeks out his old coach, who runs a bar/dance studio. The feisty old man, Ron Parfitt (Ian McShane) has no interest in Bruce since he gave up in the wake of Sequin-Gate and enlists his advanced dance instructor to take him for a spin.

Often operating in a mode similar to both Shall We Dance? and its American remake, Cuban Fury is less a sports movie than it is a film about self-expression, even if it fails to explain a few things along the way (its supporting characters, especially Julia, could use a bit more fleshing out). Still, Frost shines as Bruce, who endures with a good heart, even though he may be a trope. With Frost leading, he puts his own, often-hilarious, spin on a frequently seen character.

Another supporting character used for comedic effect is his sidekick Bejan (Kayvan Novak), played with such high energy he almost transcends the flamboyant salsa-dancing queer archetype he’s boxed into, thanks to Jon Brown’s script. Novak is hilarious as Frost’s mentor, providing him with instructions on chest-waxing, self-tanning, and the proper way to make a Still Fanta (his favorite beverage).

Resolving itself in a rather believable way, Cuban Fury is simply an enjoyable time thanks to energetic direction by James Griffiths and a strong physical performance from Frost. While it may not be remembered as a comedy classic in the way I foresee other films from Frost becoming, it’s certainly a delightful-enough sitcom-styled romp with its share of big laughs.