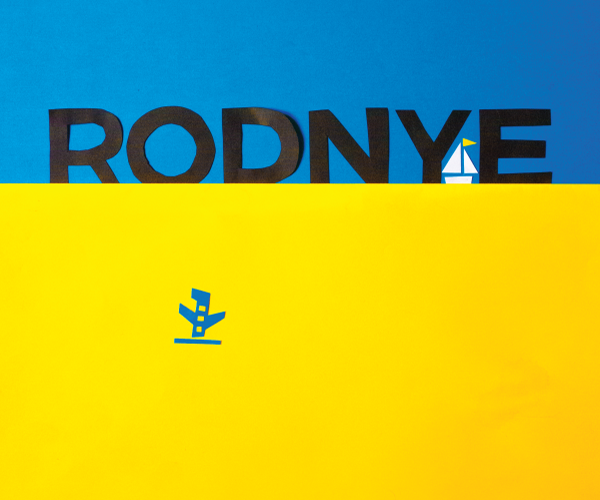 Review: ‘Close Relations’ is an Uneven, Powerful Statement About Ukraine

When considering a documentary film, there is a great deal to be said for setting — both in physical space and larger societal context. Vitaly Mansky, the veteran Russian documentarian, is well aware of this, having had a sort-of breakout success with last year’s Under the Sun, which was filmed under the noses of North Korean officials and edited to highlight that regime’s censorship and duplicity. Of course, not every good documentary needs a locale so extreme, and in his latest film, Mansky returns to more familiar territory. Set in the director’s native country of Ukraine, Close Relations feels at once engaged with their fraught present moment and slightly unsure of itself, a bit too divided and noncommittal to function as a unified statement.

As might be inferred from the title, Close Relations centers on members of Mansky’s close extended family, all of whom are Ukranian and reside in various areas of the country. The director travels around and stays with sundry aunts, uncles, sisters, in-laws, and the like, most often returning to his birth city of Lviv. Mansky himself does not identify as Ukranian, having left the country to study in Moscow during the time of the Soviet Union and becoming a citizen of Russia when its predecessor collapsed, and, as such, much of the film rings as some sort of personal homecoming. But the movie’s concerns lie far beyond that of a single family, and he uses each member to comment upon the fraught state of modern Ukraine.

This happens, quite often, due to the other type of setting: temporal. Close Relations is set from May 2014 to May 2015, shortly after the annexation of Crimea by Russia and the separation of the Donetsk Republic from Ukraine. None of this information is absolutely necessary for understanding the basic turmoil of the film, but it is helpful to know in order to see the specter that the War in Donbass (a veritable Ukranian Civil War) casts over the proceedings; the documentary ends with an aunt’s grandson leaving for conscription. And it is undoubtedly a political documentary — albeit one with a personal bent, as each family member (or spouse, parent, child, or close loved one) talks about how living in modern Ukraine has affected a particular aspect of their lives. Though the subjects frequently vary from the trivial and mundane to the all-consuming, Mansky gives equal weight or, at the very least, consideration to each.

The topic never feels forced upon, and it is apparent that Mansky has almost this intuitive sense of how to assemble a documentary. Though there are indeed many “interviews” with family members, he only appears onscreen once and, for the most part, is heard offscreen, occasionally asking questions but more often letting his relatives speak frankly and at length. The camerawork is imbedded in the household situations, but only with infrequency resorts to the handheld so often predominant in these sorts of documentaries – though the frame features rounded corners throughout, an oddly nostalgic effect for something so concerned with the present moment. The camera is free to observe, watching for the little changes in expression as topics shift and develop.

Though this skillful approach has its limits, and Close Relations suffers the problems of being neither personal nor politically committed enough. It is clear that Mansky cares for his relatives, but he seems at a distance; the surprising remoteness with which he engages with family members limits the movie’s engagement with the viewer in turn. Likewise, he presents many views from multiple family members on the war, Ukraine, Russia, and Putin, but he never comments directly on the subject. His approach is so evenhanded that it comes off as ambivalent, something that feels at odds with the otherwise inflamed passions.

However, in the end, this is a demonstrably small film, content to witness ballet rehearsals and boating expeditions; to that end, Close Relations feels well-suited to its subject. There is little that feels audacious, but when dealing with such a putatively enclosed subject, perhaps it is as it should be.