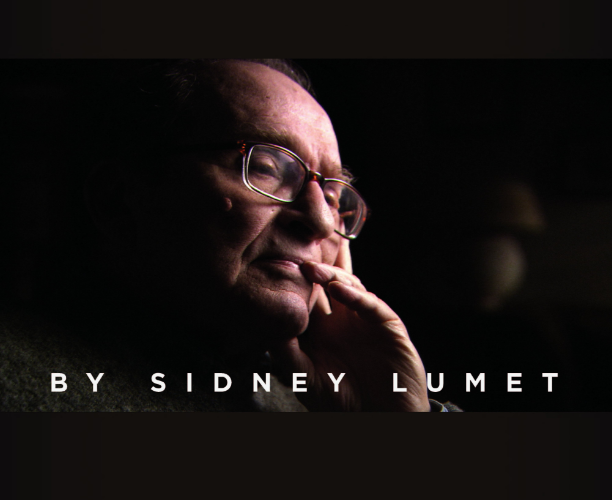 In the wake of Noah Baumbach and Jake Paltrow’s wonderful De Palma, a documentary concerning the life and career of director Brian De Palma, it’s difficult to look at the almost equally enjoyable By Sidney Lumet without comparing. Both explore the careers of vitally important filmmakers whose work has perhaps not attained the mainstream success of their blockbuster-spewing contemporaries. While De Palma contains an undeniable sense of joy in illuminating every facet of the director’s process, By Sidney Lumet instead fixates on a thematic exploration of director Sidney Lumet‘s filmography. It’s an enthralling film, very much worthy of its skillful subject.

The seeds of Lumet’s career as director lie in his childhood and his relationship with his father, Baruch, a director in the Jewish Theater. As a boy, Lumet worked under Baruch as a child actor, even taking a crucial role in the film One Third of a Nation. Lumet’s father got them through the Great Depression with his paychecks from theater productions, teaching his son the importance of work and the lack of self-indulgence in it. His mother died when he was just a boy. Lumet recalls witnessing the failure of one of his father’s theater productions, knowing they would be unable to break even that day. Lumet was greatly affected by how he saw his father humbled time and again, despite the man’s tireless work ethic. Juxtaposed with a scene from his critically maligned Daniel, Lumet’s sobering words drip with sadness: “When you’re dirt poor, everything is a luxury — even morals.”

Early on, Lumet remembers a horrific incident from his service in World War II as a radar repairman, in which he walked in on the gang rape of a young girl at the hands of fellow American soldiers. Too afraid to object, Lumet turned his head and let it happen, a haunting failure that irrevocably formed his own ethics with barbaric force. The figure of a man alone against the world proves common in Lumet’s filmography, as does the essential importance of questioning authority — growing, amongst other affliction, from a lingering distrust of police officers based on scarring first-hand experiences. The questions, what is right, and what is fair, resurface again and again in Lumet’s work. “Is this fair?” Lumet wonders aloud, quoting what could be a thesis statement for many of his films. “Is it right?”

After World War II, Lumet found himself involved with the Actors Studio, before moving into directing off-Broadway shows and television. By working with hundreds upon hundreds of actors, writers, and crew members during each year of television production, Lumet’s understanding of visual storytelling flourished. His first theatrical film, the critically acclaimed 12 Angry Men, became an enduring classic, despite its initial lack of box-office success. Even after the film became an audience favorite on television, Lumet wasn’t overly moved. For him, the film had provided an entry point into the landscape of Hollywood filmmaking. That alone was thrilling enough.

As expected, director Nancy Buirski treats us to Lumet’s reflections on his most celebrated works — Network, The Verdict, Dog Day Afternoon and 12 Angry Men — all of which earned Academy Award nominations for Best Director. He never won, save for a Lifetime Achievement Award in 2004. Lumet’s insights into his successes add depth and flavor to the wealth of discussion already available about these classic films, as well as hits such as Serpico and Long Day’s Journey Into Night. We know these films already have DVDs stuffed with bonus features exploring their ins and outs, which may occasionally render Lumet’s comments redundant to hardcore cinephiles.

It’s when the doc focuses on Lumet’s less-appreciated pictures that it jumps to life. Seeing clips of The Wiz, hardly a critical darling, which was shot below the World Trade Center, as Lumet recounts his memories of September 11, sits among the most memorable moments I’ve had at the movies this year. Less commercially successful works such (e.g. Q&A) are notable and disappointing omissions from the conversation. Indeed, the observation that The Pawnbroker‘s flashes of Holocaust memories influenced the concept of subliminal advertising is fascinating, yet Buirski barely lingers on these diversions.

Lovers of Lumet’s catalogue will find endless enjoyment in his astonishingly impacting reflections. The numerous film clips included carry incredible emotional weight, even out of context, providing a charming “greatest hits” reel in the process. Likewise, By Sidney Lumet provides audiences unfamiliar with his work a window into the heart and mind of one of the most important filmmakers of all-time.

By Sidney Lumet opens in limited release on Friday, October 28.