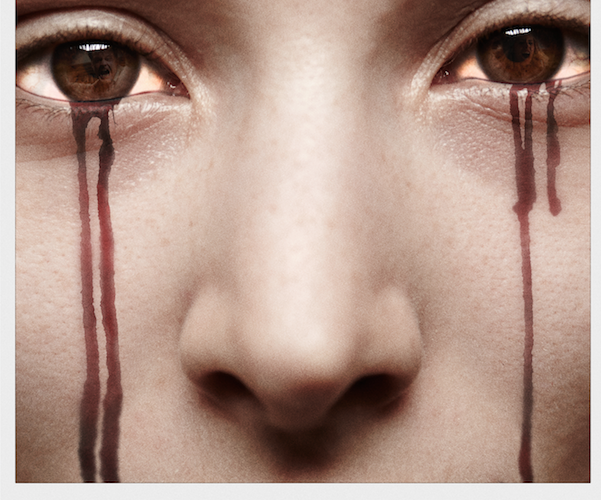 Three college-age women on holiday break decide to abandon a quiet evening of Scrabble and pot-smoking when party girl Cali (Alexandra Turshen) insist they crash at her rich uncle’s vacant McMansion. There they ring in Christmas Eve with golf cart joyrides and various other liquor-soaked shenanigans, until the suspect Holly (Helen Rogers) discovers they’ve actually broken into a stranger’s home, more specifically that of an Asian family Cali babysat for once upon a time. Before they can leave the scene of their innocent crime, they’re discovered by a groundskeeper (played by horror filmmaker, Larry Fessenden, who, based on his acting resume, loves a good victim role), and an ensuing scuffle leaves him prone and unresponsive at the bottom of the stairs. The story then shifts into a study of group power dynamics when the trio, with Cali as their dominating lead, decides to make the scene look like an attempted rape, a plan which becomes complicated when they realize their thwarted perpetrator isn’t dead, but alive and paralyzed from the neck down.

The events leading up to the nastiness intend on setting up a solid group of friends whose loyalties quickly fall apart when faced with certain doom. Rounded out by Lauren Molina as Mel, the female leads make for a lovely and likeable ensemble who enliven the amusing girls-just-wanna-have-fun antics with decent acting. But while Mel and Holly appear easy-going, Cali’s initial demeanor – including her goading of Mel’s teenage bother – hints at a bullying streak lying dormant just below the surface.

Even under the influence of alcohol and recreational drugs, the group’s handling of the situation comes off as far-fetched and, with each newly hatched scheme, increasingly contrived. The action does present some interesting moments, including a scene circling the three women as they hyperventilate in preparation for a faux-panicked 911 call, but the effect is diminished by the difficultly to buy Cali as the alpha able to manipulate her terrified friends into accepting her borderline sadistic methods. When she loses her grip on the group, it leads to a gruesome act that quickly worsens their predicament, but a lacking script from co-directors Dan Berk and Robert Olsen flounders under the absence of any real stakes. For example, a sudden visit from Holly’s boyfriend sets up a potential foil, but fails to contribute to the plot in any meaningful way, leaving them scrambling to heighten the already nonexistent suspense.

It bears wondering how well the film would have fared had the story extended beyond the house and through time. The women would flee the scene of the crime and, after laying low, would assume they got away scot-free, only to come under police scrutiny thanks to a piece of overlooked evidence. Surely Cali’s perceived tyranny would have resonated more as she wielded power over her two co-conspirators, using blackmail to prevent them from turning themselves in. Instead, the limited space and timeline never serve the strained concept, forcing characters to take leaps instead of steps, and making them behave in completely unbelievable ways. The restricted setting also hinders the cinematography, which, while competent and, at times, visually pleasing (a long take of Holly walking down a shadowy hallway is a foreboding touch), doesn’t have much to do except chase the women from one tastefully decorated room to another.

Despite its promising first half, Body falters in its attempt to wring a tense, moralist crime thriller out of an unambitious script that offers little in terms of surprises or complexity.

Body is now in limited release and hits VOD on December 29th.