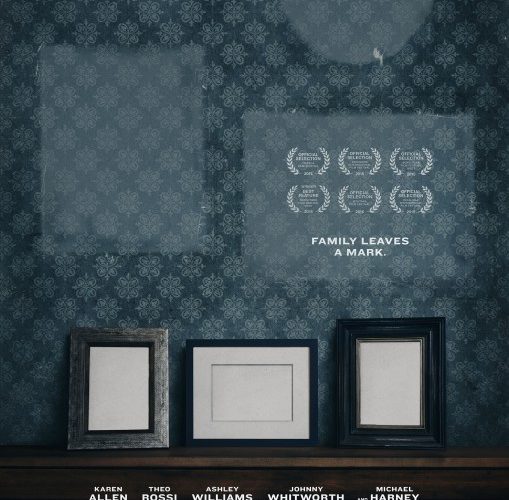 The kitchen sink’s thrown against the wall with bathtub, toilet, and whatever else made of easily-shattered porcelain in the house following right behind—this is Mark Kemble‘s Bad Hurt. Adapted from his semi-autobiographical play “Bad Hurt on Cedar Street” with the help of Jamieson Stern, the film depicts a dysfunctional family that drew the shortest of straws in terms of volatility and hardship. But with that burden comes the capacity for strength in love to somehow overcome. Doing so is difficult, enough that the attempt will prove futile time and time again, but it is possible. More suffering will arrive on the horizon as hard truths needing to be uncovered and accepted to approach calm appear and it’ll all destroy as surely as it’ll galvanize.

This is far from a simple story, but one quickly dismissed as contrived or melodramatic. While it’s both those things by merely having so much plague one nuclear family, its focused tumult isn’t necessarily fantasy. Kemble takes great care to construct a tough Staten Island-raised, Irish-American history so each personal struggle depicted can be traced back and rendered authentic. Only Elaine (Karen Allen) and Ed Kendall’s (Michael Harney) having a mentally handicapped daughter (“the term was retarded when we had her so lets just stick with that”) is completely out of their control and yet its impact is crucial towards how their future actions are generated. Their pain and drive for heroism stems from Ed’s alcohol-embellished tales of war; their underestimated compassion attributed to Elaine’s saintly patience. It’s a bona fide ensemble piece as a result—our being dropped into the frying pan after so much tragedy has already befallen them making it so we must glean information on each from the others. Such as the silent rift between Elaine and Ed that has him sleeping in the garage; Gulf War veteran Kent (Johnny Whitworth) numbing his pain with Oxycontin in an upstairs room Dad refuses to visit; and Todd’s (Theo Rossi) endearing quest for an “‘atta boy” as he tries to make something of himself despite being the invisible outsider within a family of legends and patients. Even DeeDee (Iris Gilad) is provided ample time to push her handicap to the edge of caricature rather than remain a background pawn to manipulate sympathy.

This last part can be uncomfortable for some, especially in its frank depiction of DeeDee’s love for her coworker/friend Willy Crum (Calvin Dutton). Not only does this relationship test the boundaries of decency and the closed-mindedness of outsiders helping for what could be seen as personal gain, it also depicts romance’s natural ease without the excess noise the rest endure. It’s nowhere near subtle and the performances by Gilad and Dutton refuse to sanitize the messiness of their characters’ affliction, but why should they? It doesn’t read as exploitative and Kemble wrote them having experienced life with a mentally retarded sister. The truth is loud, violent, and unpredictable and DeeDee’s presence in that house rather than being institutionalized off-site only makes things tenser. You’d think the explosive potential of the Kendalls’ circumstances had already decimated them into a fractured house with idle dreams and too much stock in a past long gone, but there’s always room for more. They’d been holding together by a thread and that delicate balance has suddenly unraveled. The question of whether Elaine can continue caring for DeeDee reappears; Kent’s obvious drug habit spirals out-of-control; Todd’s anger coming from a place of love has become unwieldy to the point of isolation; and Ed is so numb to everything that he doesn’t need to drink anymore to find himself sleepwalking without a purpose. This is make-or-break time: either they steel themselves to the prospect of buckling down for more tragedy or they finally give up hope.

It’s a heartbreaking trajectory containing very affecting scenes. Some of the particulars pile on more “taboos” than maybe one film should carry—see Kent’s demons—but everything that occurs does so in order for the cast to earn their salaries. Rossi, the necessary sympathetic heart and soul during the entire run of Sons of Anarchy, for example brings much-needed complexity to his forgotten son. The desire for appreciation is so ingrained that his Todd can appear juvenile when confronting his parents today because he never received their attention as a child. We infer their hands were so full with DeeDee that Kent’s local legend status on the diamond left little room for their other boy. And yet no one is a bigger champion of his brother than Todd. When Rossi and Harney finally get together to air their frustrations towards the end we can feel the power of their release. Actions can be dismissed as “going too Irish,” but they lose little impact in the joke. It’s a great turn from Harney too, one we don’t often get to see out of the character actor. He’s in full control of Ed with every emotion still visible behind the blank stares of a man defeated. To watch his shyness when confronted by Elaine about issues of intimacy is to see true inadequacy—his seeing her remain so strong while he merely disappeared a fact he cannot forgive. And boy is Allen on the top of her game in those moments. Heck, she is a force throughout this picture with an unquenchable maternal fire.

If there was one detail in Bad Hurt that did distract me, it wasn’t the soaring fits of melodrama many will surely use to diminish the film’s emotional resonance. No, it’s Ashley Williams‘ Jessie. I think Williams does a great job and I do get the character’s purpose as far as Todd’s evolution goes, but on a script level she sticks out like a sore thumb. Not only is she the stranger seeking a fresh start that’s never elaborated upon, but she also pops up here and there during seminal Kendall family moments to remain relevant. But we know why she’s here the second she hits the screen so every instance afterwards not working towards that goal seems false—a lone pawn amongst an otherwise well-drawn world.