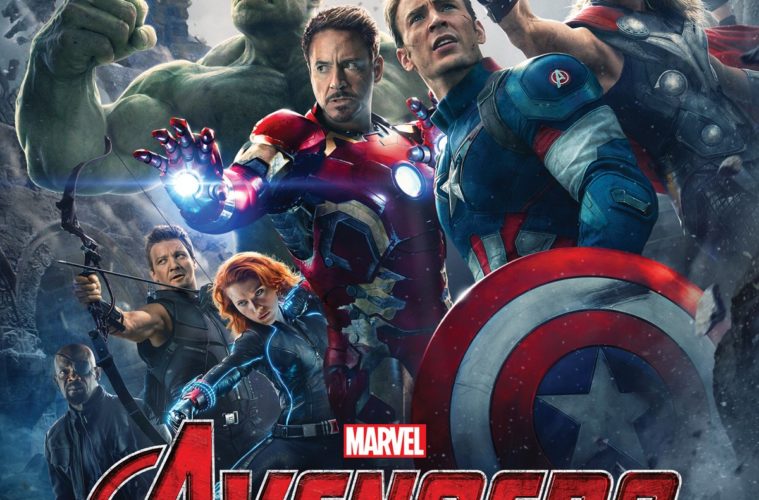 Avengers: Age of Ultron probably shouldn’t work. It’s packed to the brim with characters, and the fact that almost all of them have their own moments to shine — and their own individual journeys — is a testament to writer-director Joss Whedon‘s knack for crafting compelling ensembles. The wheels almost fall off this busy blockbuster, especially in the second act, but Whedon delivers on the sequel to his highly enjoyable (albeit slightly superior) superhero smash hit.

This time around the Avengers face a new threat, thanks to Tony Stark’s (Robert Downey Jr.) failed experiment, Ultron (the voice of James Spader). Rather than wanting to save Earth, as Stark intended, Ultron instead wants to destroy it. The billionaire playboy’s heart was in the right place when he created his mad child: Stark knows his gang can’t police the Earth forever, so he thought of artificial intelligence as the planet’s next best chance. When we first see Iron Man, Captain America (Chris Evans), the Hulk (Mark Ruffalo), Hawkeye (Jeremy Renner), Thor (Chris Hemsworth), and Black Widow (Scarlett Johansson), they’re all at the top of their game, but Ultron, with the help of Scarlet Witch (Elizabeth Olsen) and Quicksilver (Aaron Taylor-Johnson), provide a greater threat — although one that’s far less personal and exciting — than Tom Hiddleston‘s Loki.

Age of Ultron juggles all of its characters exceedingly well. Some arcs are more compelling than others, and surprisingly, it’s Hawkeye’s story that comes out on top. Jeremy Renner has far more to do this time around as Hawkeye / Clint Barton, as if Age of Ultron is something of an apology for how little he’s been given to do in past Marvel films. He’s now a pivotal player in the ensemble, providing dramatic stakes and some of the movie’s finest laughs. Runner-up for MVP is Elizabeth Olsen, whose Scarlet Witch has a tremendous presence. Both characters provide the film’s most genuine emotional stakes, and, based on an excellent scene that they share together in the third act, Whedon understands as much.

Thus far Marvel’s greatest strength is its ensemble — they, not the giant explosions, are the spectacle. Guardians of the Galaxy, Iron Man, the pair of Captain America films, and Age of Ultron are at their best when the characters are simply interacting, and that’s where most of the surprises are. Most of the action and world-in-peril stakes disappointingly go through the motions, and Age of Ultron is almost exactly the movie you expect. Make no mistake: the action is fun, as is Spader as Ultron, but it’s not a film full of surprises, lacking the grand sense of awe we see in A-level blockbusters. Whedon checks the boxes one expects from a follow-up with some genuine grace — but he’s checking boxes nonetheless.

In some ways, Whedon manages to improve on the first film. The opening shot alone implies Age of Ultron is a far more “cinematic” experience than the 2012 installment. Whedon and cinematographer Ben Davis‘ work is sharper this time around; there’s a bold use of colors, especially when Ultron and Scarlett Witch are around, and the camerawork is more playful. The most exciting shot in the first film was when the camera performed a sort of ballet as we tracked around our heroes in New York, and there are plenty of shots within Age of Ultron that match the entertainment value of those setpieces.

Whedon does help set up the future of the Marvel Cinematic Universe, but not in some cheap or calculated way, and Age of Ultron works as its own experience. He makes almost all of those hints integral to the story he’s telling. It’s refreshing to see this, especially since that hasn’t always been the case with Marvel’s films. In keeping with the helmer’s charm, it’s also incredibly funny. In no way is this a dark film — despite the occasionally sinister edge — and it’s almost always pleasant to watch, with the exception of a second act lacking much for momentum or tangible sense of danger. They’re all kind of hanging out by that point and making plans for the climax. As great as these characters are outside of their costumes, this marks a major lull in this otherwise fun summer blockbuster, which is still more clever and exciting than the majority of its ilk.

Avengers: Age of Ultron opens on May 1.