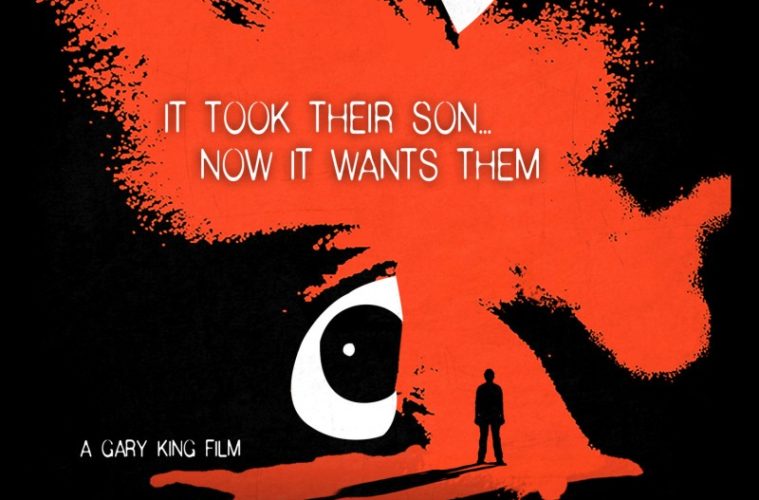 Review: ‘Among Us’ is Suspenseful Horror with an Emotional Core

An effective horror keeps you unaware of the danger lurking in the shadows. The less you know about what’s coming the better because you don’t want to end up spending your time guessing how the problem will be solved when you should be experiencing its escalating terror. This means filmmakers won’t be able to rely on jump scares to wake audience members up, a staple in mainstream Hollywood genre fare wanting everything spelled out in lieu of atmospheric tension that builds its mythos as it progresses. The task then falls to indie artists with the creative freedom to place their vision onscreen regardless of bottom-line concessions. They can afford to scare with what’s not made visible as opposed to that which is manipulated to shock with brute force.

Gary King’s latest Among Us (formerly Unnerved) is one such example of how creative license almost always proves a bigger plus than exorbitant budgets. He and brother Michael R. King crafted a tale of the paranormal that borrows heavily from the genre without ever feeling redundant. A huge part of this is the fact that they throw us into the action without a clue as to what’s happening. Suddenly we’re looking at a photo of Frank McDowell (Mark DiConzo), Mallory (Katie Morrison), and their son Danny (Ryder Elias Merrill) — a happy family if you’ve ever seen one — as crashes and screams are heard in the distance. Mallory grabs the picture, desperately trying to take it wherever they’re going. Frank smashes it to the ground with fear. Escape is paramount.

Where is Danny? What’s happening? Where are they going? These are the questions that our minds rifle through while attempting to find our footing in the chaos. But King isn’t interested in us knowing the answers yet. Instead he wants to supply even more as Mallory and Frank’s vehicle turns off the road into a tumble of shattered glass leaving him paralyzed from the waist down and her ravaged by guilt. All this happens in about five minutes before we’re whisked away to a rented cabin on the lake eight months later. It’s only now that we learn Danny has died under mysterious circumstances, that an evil has followed them to drive them from home after home, and that Mallory isn’t the only one feeling guilty. Secrets abound.

Among Us therefore becomes more drama than horror for a majority of its runtime. Unexplainable phenomena occurs in a way that renders Mallory’s unhealthy attachment to one of Danny’s old gloves suspicious, but the opening doors and flickering lights do less to scare than secure our understanding of the complex relationship between husband and wife. Behind the desperation and fear is a sense of helplessness not against evil, but in trying to repair the damaged emotions between them. They’ve lost their son and are threatening to lose each other as well. If not for this malevolence, they may have parted ways already. But as long as the other is in danger, abandonment isn’t an option. They must face whatever it is that’s happening to them head-on and together.

King keeps things pretty tight as far as characters go, introducing only the McDowell’s landlords (Mariel Matero Donnelly’s Mrs. Cooper, Marty Lang’s Mr., and Trent Holman’s young Nathan) as a pertinent parallel for new horror and paranormal investigator Eleanor (Elena Sanz) for professional assistance. Their inclusion is story-driven, each a figure the McDowells must face to keep their pasts hidden from or be forced to reveal everything they’ve been too afraid to share. The details of that day in the opening scene are gradually exposed and the presence haunting them comprehended as more than your ordinary soul unable to move on. Each discovery comes at us fast with instantaneous impact or the promise of future intent. The hauntings grow more violent and the ways they’re captured more cinematic.

There are a pair of well-orchestrated scenes inside the cabin that amplify our anxiety by forcing us to witness the fear of those onscreen without reprieve. The first is a multiple 360-degree rotation around the living room area where Eleanor has gone outside to leave Mallory and Frank huddled on the bed. We spin to see nothing only to find a light suddenly flicker on and then the TV. King ratchets up the suspense by having clichéd supernatural events occur in succession without yet giving us something tangible to fear. Is this the moment we see it? Or is the mood set by our inability to escape this loop his goal? The same questions can be asked about the second moment filmed in infrared on a handheld camera.

These intense scenes with as much chance of revealing nothing as they do something are where King’s film shines. He keeps us in the dark for so long that you wouldn’t be wrong to think he might not provide any concrete answers at all. We instead face certain horrible acts without deep expository cause and effect while the response to them by certain characters proves pragmatic enough to perhaps become frustrating at times. Some of what happens (or I should say doesn’t) is indefensible and yet we can understand why these steps are taken considering we’ve never known the McDowells to not be on the run. Certain truths must remain hidden or else their fight will be for naught. So while cavalier with collateral damage, King has reason.

Things ultimately take a turn towards a much more visceral climax than the quiet, intellectual thriller start may prepare expectations for, but it does stay true to the film’s emotional core. King still keeps the carnage off-screen so our imaginations can run as wild as we want without sacrificing the carefully drawn motivations of those experiencing the physical and psychological pain being wrought. In the end the latter is what matters beyond getting his audience’s blood pumping. Among Us is a suspenseful horror when all is said and done, but it never forgets its dramatic underpinnings. These are parents met by tragedy who are forced to do unspeakable things with the hope that their minds aren’t deceiving them. Sometimes a heroic act earns the hero nothing but sorrow.

Among Us hits VOD on Tuesday, August 8.