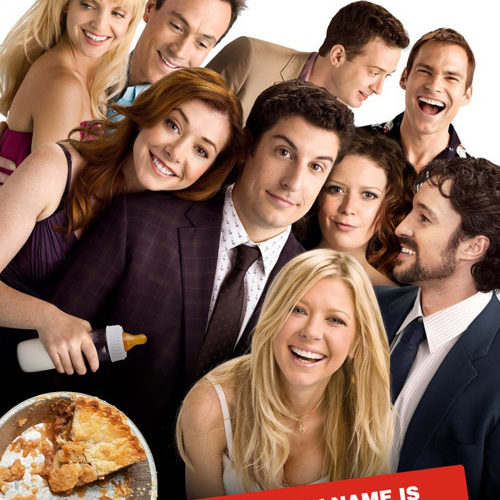 The American Pie crew is back, returning to their old stomping ground for a high school reunion that proves a major turning point for each of its heroes. Most of the original cast returns—from major characters to bit players—and seeing them induces a warm and heady nostalgia, as does the ’90s-heavy soundtrack. And as with the earlier films from this franchise, there’s lots of lewd humor and hilarious gags. Much of it enacted by Role Models’ Seann William Scott, who has returned to the role of Stifler with a charming yet caustic bravado. While he is not Reunion’s central figure, he does offer one of its most entertaining performances. In fact, thanks to a well-placed senior photo, he manages to steal scenes he’s not even in. Unfortunately, the rest of the cast doesn’t fair as well. At first, I was glad to see them all again, and wondered briefly where many of them had been. But as the various subplots began to unfurl, it became very clear why we don’t see more of the American Pie kids. They’re just not great actors. Poor Tara Reid can’t even convincingly sleep on camera. As for Biggs, he struggles to shoulder the movie, and isn’t helped by a plotline that lacks any real stakes. See, Jim and Michelle (Alyson Hannigan)’s sex life has been practically nonexistent since their child was born. But there’s no gravity to the plot because divorce is never even hinted at and Jim is such a good guy that there’s no real threat of infidelity. Instead, the filmmakers offer a high school girl that Jim ogles before realizing he used to babysit her. This ultimately leads to a sickening sequence where this drunken, topless high schooler throws herself at Jim, begging him to deflower her until she is accidentally knocked unconscious. Then Jim has to get the mostly naked, possibly concussed girl back into her childhood bed without her parents catching him. This kind of humor was funny when the leads were also teens, but now that they are adults, these antics are less giggle-inducing and more stomach-churning.

Reunions’ subplots often fair no better, as many are undercooked. Oz (Chris Klein) and Kevin (Thomas Ian Nicholas) both consider reconnecting with their high school sweethearts, while Finch (Eddie Kaye Thomas) goes on a half-hearted search for true love. With a flock of two-dimensional significant others shoved in as unconvincing romantic obstacles, there’s just too much going on for any of these stories to be developed in an engaging way, which caused me to tune out during more than one climactic monologue, favoring humming along to the catchy ’90s pop that played in the background. Basically, American Reunion is fun, stuffed with ballsy and bawdy humor, and bolstered by the earnest and optimistic attitude of the original trilogy. However, it’s also hindered by too many characters, some mediocre performances, and inconsequential plot lines. In short, it’s a good comedy, just not a great movie.