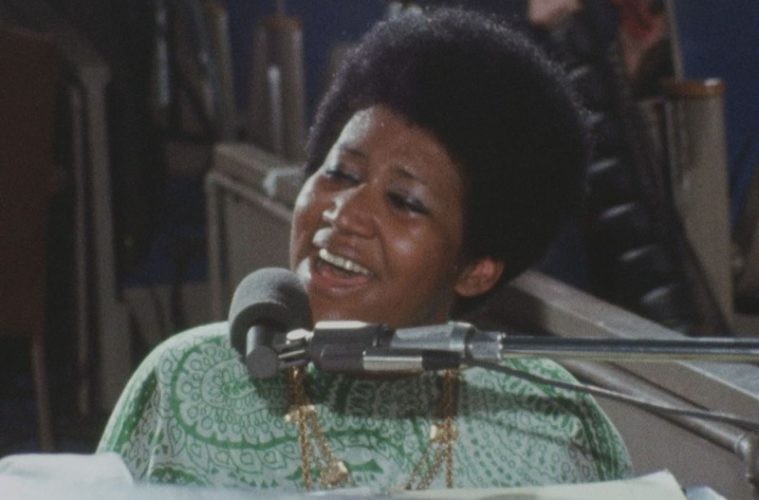 Review: ‘Amazing Grace’ is a Raw, Powerful, and Soul-Nourishing Experience

A time capsule that’s as fresh and powerful an experience as it must have been when recorded live in Watts in 1972, Amazing Grace is arguably one of the year’s most-anticipated films arriving after years of litigation and a near-fatal technical glitch that was resolved thanks to digital workflows. Following the success of concert films like Woodstock and director Sydney Pollack’s They Shoot Horses, Don’t They? and The Way We Were, the young director was retained by Warner Brothers to shoot the recording of Aretha Franklin’s landmark album. The singer, after a string of successful singles, decided to return to her roots singing gospel in church accompanied by the Southern California Gospel Choir and the Reverend James Cleveland.

The album would go on to sell two million copies and achieve double platinum certification, and while its jacket advertised an upcoming motion picture, the film sat in the vaults of Warner Brothers. Strangely, director Sydney Pollack and crew shot the film without slates, creating an impossible situation when it came time to sync the film. One can only imagine they were as wonderstruck watching the performance live as my audience was during its awards-qualifying run at Film Forum.

Completed by producer Alan Elliott and editor Jeff Buchanan, Amazing Grace offers a profound emotional experience, combining testimony with soul music. Unlike another “lost” film that has resurfaced this year, Shirkers, Elliott has created a pure concert film with a minimal framing device. What a privilege it is to be a fly on the wall and a member of the audience, in the moment witnessing history rather than having a subject explain the significance of the performance. This is a toe-tapping, head-bouncing, full-blooded concert film, and it feels as fresh as it might have been seen had it come out in the summer of 1972.

At the center is a powerful and captivating spiritual performance that brings the house down and attracts the likes of Mick Jagger to observe. Before the first night of her performance, Reverend Cleveland tells the audience that you don’t have to believe to feel the spirit–a spirit that rips through the screen and pulsates through the sound system. The raw, often handheld improvisational style of its filmmaking is a departure from the heavily choreographed performance documentation we see today, giving the film the stripped-down intimacy of observing the recording in the moment as cameramen capture it all, from the crowd reactions to beads of sweat running down the faces of Franklin and Cleveland as they hit heavenly notes. The result is a sublime concert film and a great performance that ought to be seen and heard in the most technically-advanced cinema one can find in their neighborhood.

Inbetween the incredible artistry we discover and are introduced to several influences of Franklin’s including her father the minister and civil rights activist C.L. Franklin, who provides a moving context for the performance along with commentary provided by Reverend Cleveland. Amazing Grace is a rousing performance lensed with simple, raw, intimate filmmaking that’s unforgettable and nourishing for the soul.

Amazing Grace will be released on April 5.

At the request of Sydney Pollock’s estate his name has been formally removed as the director and the film has been released with the credit “Produced and Realized by Alan Elliott.”