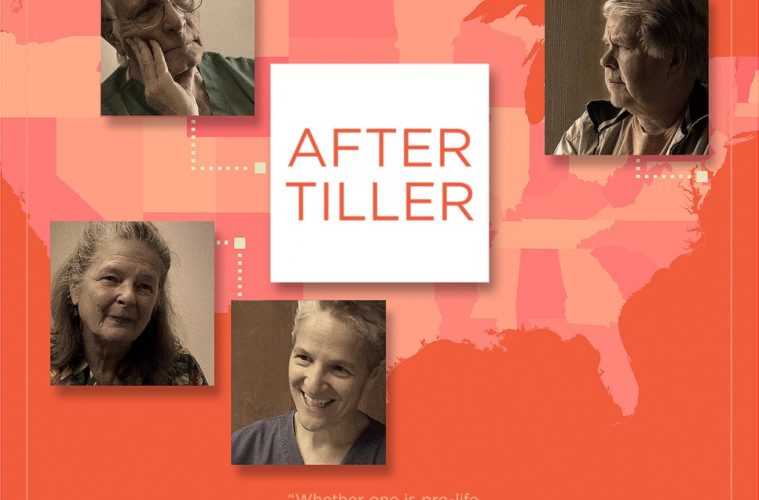 Although documentaries often present real-life people working in risk-filled areas, the results can be quite banal. Half of reality television is filled with potentially exciting subjects: ER surgeons; truckers crossing thin sheets of ice; Alaskan crab fishers; or cops working some of world’s most dangerous streets. The problem with these shows is that, more often than not, their content boils down to one simple idea: “pretty crazy stuff!” In a breath of fresh air, After Tiller actually explores the psychology of four late-term abortion doctors, a group whose work is not inherently dangerous, but whose professional embroilment in political controversies have made them potential targets. Instead of gaping at this profession and the dangers surrounding it, directors Martha Shane and Lana Wilson have crafted a nuanced psychological portrait of why the set would fight for women on these front lines, as well as the ethical, political, and moral decisions they face every day.

As a documentary subject, abortions already provide contentious territory (Tony Kaye’s Lake of Fire covered much of this quite thoroughly), but the late-term abortions — occurring after 20 weeks of pregnancy — these four doctors perform are the kind which truly riles people up. The film’s title establishes our narrative stakes: in 2009, Kansas physician George Tiller is assassinated, making this quartet the last in the United States who have publicly announced a willingness to perform the procedure — which, to begin with, only nine states even allow. Given the high stakes, Shane and Wilson show what drives these people to continue given the fact that not only are their centers protested every day, but the fact they could be shot themselves at any moment.

While we get brief glimpses at the procedures, Shane and Wilson instead focus on the actual discussions between doctors and patients beforehand, along with verbal illustrations of their own lives. One of the doctors remarks, “A woman’s body is smarter than any doctor,” and these scenes allow the women to give testimony to both their unfortunate circumstances and what led them to such a decision. While crafted to avoid showing the faces of patients who would rather remain anonymous, one of After Tiller’s best gambits is to focus the camera on their hands: as in a Bresson film, they speak volumes to their thought process, providing a fascinating visual poetry that creates empathy — almost much more than displaying faces would have otherwise accomplished.

While some might say the film avoids a political stance, it’s clear that Shane and Wilson empathize with the doctors and their patients more than the protesters — simply by not giving that other side much screen time, and the final picture is better for it. Even with their excision, After Tiller still finds meaning and ideas to serve as moral quandaries. Long sequences are dedicated to doctors who must turn down patients for various reasons, accompanied with the strange ethical territory that such an area traverses; one doctor notes that they have become the “court of last resort.” Because the procedure of a late-term abortion involves giving birth to a stillborn, one doctor notes that she “thinks of them as babies,” and how she works through such a decision — as well as the additional work doctors and staff put upon themselves to handle this situation with delicacy — is quite astonishing. While scenes that give more of their home lives and background can, at moments, feel weighed down by tedium, Shane and Wilson’s work at the clinics provides a Wiseman-like approach, finding a humanistic portrait of an office that some on the outside would consider monstrous.

Engaging and thoughtful, After Tiller’s examination of its main subjects forms a documentary that wisely treats its subject with more curiosity than dogma, in that approaching mining unique truths instead of mandating them onto the subjects. Given intensely high tensions surrounding the debate on abortion, as well the impossible scope, it’s easy to want to turn off any news relating to these discussions. Thankfully, the intimate portrait provided by Shane and Wilson somehow feels refreshing and, perhaps, vital to a topic known for shouting matches and marches. In their place, we get discussions, sympathy, and honesty.

After Tiller opens on Friday, September 20.