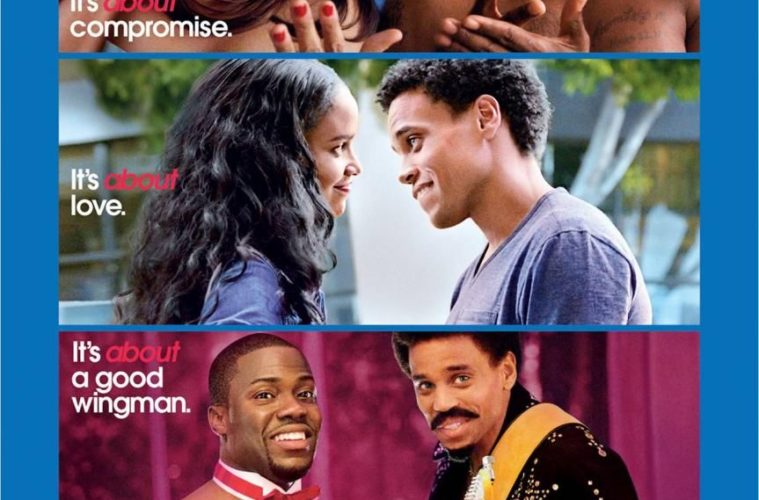 One of three separate remakes of 1980’s films to come out this Valentine’s Day weekend, Steve Pink‘s About Last Night is an adequately sweet, funny, sometimes smart, date night movie that should satisfy the Valentine’s Day crowds.

Way back in 1974, David Mamet wrote a play called “Sexual Perversity in Chicago.” It would be one of several early Mamet plays that would put the now writer/director on the map. Twelve years later, in 1986, a young filmmaker named Edward Zwick (you know him for movies like Legends of the Fall and The Last Samurai) directed a film called About Last Night…, loosely based on Mamet’s play. The film starred up-and-comers Rob Lowe and Demi Moore as two twenty-somethings in Chicago who have a one-night stand that grows into something more. Cut to 28 years later, and we have the remake, which now has television stars Michael Ealy (Almost Human) and Joy Bryant (Parenthood) playing lovers Danny and Debbie, Chicago professionals trying to make their relationship work. They both have a “crazy friend,” played by Kevin Hart and Regina Hall, respectively.

And though Ealy and Bryant are technically the leads, it is abundantly clear that all involved are playing to Hart’s comedic strengths. Even the editing is meant to match the speed at which Hart’s Bernie is talking. The man is moving a mile a minute, and the cuts come just as fast. Though it’s a bit jarring at times, the film’s quick pace distracts from some of the more misplaced moments, most of them involving a bit about a bar, run by Christopher McDonald, that’s on the brink of foreclosure.

The whole world has been waiting for Kevin Hart to become the movie star he already appears to be, and About Last Night is his coming-out party. Though Ride Along may be the man’s first bonafide hit, this film showcases the comedian at the very top of his game. Ealy and Bryant do decent work here, thanks in large part to their natural chemistry, but are constantly over-shadowed by the impressive banter between Hart and Hall. For the most part, this is a romantic comedy that you’ve seen before, probably more than a few times. It’s the small observations that make About Last Night worthwhile. Discussions about how one knows when someone has hit the “ignore” button on their cell phone or the general politics of oral sex keep the film fresh and funny and sometimes insightful.

Pink has built a career on smart, high-concept rom-coms, from co-writing Grosse Point Blank and High Fidelity to directing Accepted and Hot Tub Time Machine, so About Last Night is right in his wheel house. There’s nothing particularly new here, but what’s been done well before is done well again. Sometimes there’s nothing wrong with a little comfort food on Valentine’s Day.

About Last Night is now in wide release.