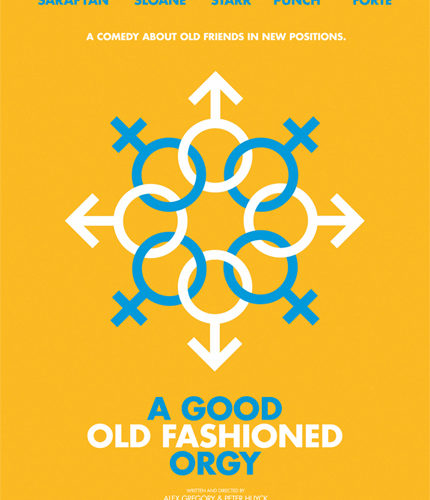 Jason Sudeikis stars as Eric, a thirty-something New Yorker with an office job he only tolerates until he can run off to his father’s Hamptons beach house each weekend along with his old high school buddies. There they throw wild theme parties like “The White Trash Bash,” where they fervently reject maturity and the responsibilities therein. (Well – except for their soon-to-be wed buddies Glenn and Kate (the criminally underused Will Forte and Lucy Punch), whose newborn baby bars them from much of the group’s wild antics.) But their eternal Indian Summer fun is threatened when Eric’s dad (Don Johnson in cameo mode) decides to sell the house. So Eric and his friends attempt to thwart the efforts of Leslie Bibb’s cute realtor, Kelly, while planning a final summer bash they’ll never forget: an orgy featuring only each other.