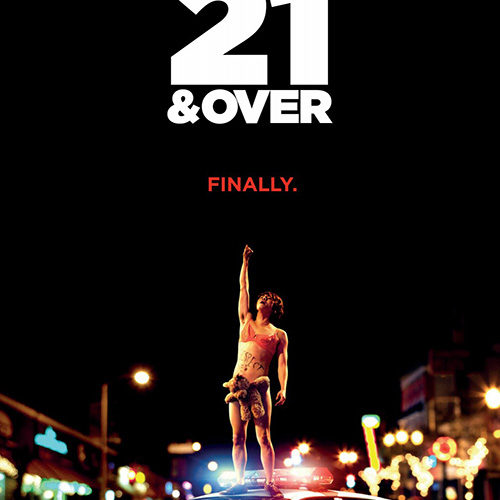 21 and Over begins with little warmth and affection, retracing a wild night as our “heros” (can we call them that?) walk naked, save for a sock, along a typical minimalist promenade found at any large university. They are Miller (Miles Teller), the slacker, and Casey (Skylar Astin), the overachiever. Yesterday they came into town to get their former BFF Jeff Chang (Justin Chon) crunked on his 21st, today they’re walking around in their birthday suit.

Talk about a one-trick pony, as first time writer/directors Jon Lucas and Scott Moore, the WGA credited writers of The Hangover (Todd Phillips was vocal about that one) have “adapted” this structure: mystery, friendship, wild nights, with even the uptight one finding a women. We’ve seen this so many times before (at least the 10-year-old PCU was a reflection of the times), but for much of this film’s running time, 21 and Over has no such delusions of grandeur. But then, miraculously, it has a profound revelation – a rabbit hole if you will – that had me almost screaming back at the screen. This is the heart, the thing that made American Pie not just another teen movie.  The stuff that comes late in the film’s third act, not the jokes that don’t work (although a few land) is what the movie should really be about. Perhaps making an organic comedy without the projectile vomit and misogyny would have really taken balls. I enjoy these kinds of movies as much as anyone, when done well. Here we have a film at the polar end of another college movie woefully out of touch with the undergraduate experience, Whit Stillman’s Damsels in Distress (then again that’s a hyper mediated reality grounded as well in some serious issues).

21 and Over has a certain amount of power and what’s most offensive is it blows it. What could have been an instructive, dare I say a life-changing movie, is one big cop out. The road to the heart of the film is not without laughs, but many of the set pieces don’t work — like when Miller and Casey sneak into a sorority house and trick two pledges into making out. This scene is as creepy as someone who still calls female college students “co-eds”. 21 and Over has something that could have been profound underneath the filth, the drinking and an instance of projectile vomit. But it’s buried in what’s otherwise a paint-by-the-numbers party film designed likely for those that have yet to attend college (and made by those far out of college).

21 and Over is now in wide release.