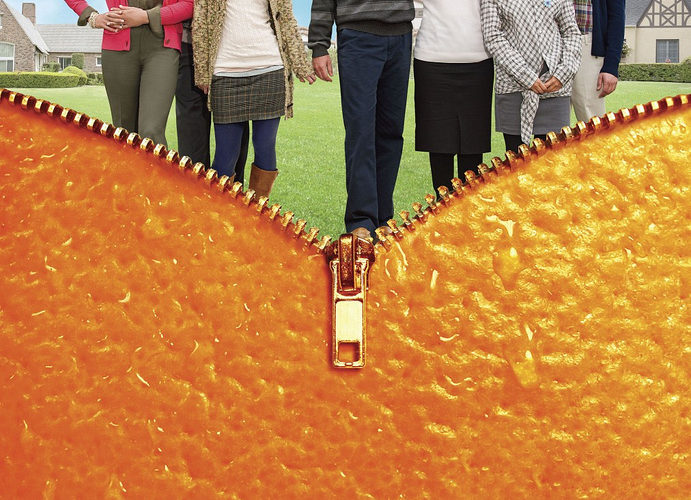 While I thought the regular old theatrical trailer just did fine at conveying what we needed to know about the upcoming comedy The Oranges, a red band version has landed to deliver more. Upping the crude factor a bit, we learn more about the story that follows House star Hugh Laurie and a problematic relationship with his much younger neighbor, played by Leighton Meester of Gossip Girl.

Directed by frequent Entourage helmer Julian Farino, this actually seems like a pretty funny, snappy adult comedy. With so many of the Hollywood studio variety relying on shtick and over-the-top antics, it looks to a refreshing dose of something smartly written. Check out the trailer below for the film also starring Adam Brody, Alia Shawkat, Allison Janney, Oliver Platt, and Catherine Keener.

Nina Ostroff (Meester) doesn’t know it, but coming back for Thanksgiving dinner after five years will turn her family’s and the Walling’s friendship upside down. Living across the street from each other, both families seem to have been friends forever. After Nina broke off with her fiancé (Sam Rosen), the two families are silently hoping that she might fall in love with Toby Walling (Brody). But, an unexpected interest arises for David (Laurie), the father of Toby, and it’s the same with Nina. As the attraction between them gets too obvious to ignore, both families start facing difficulty.