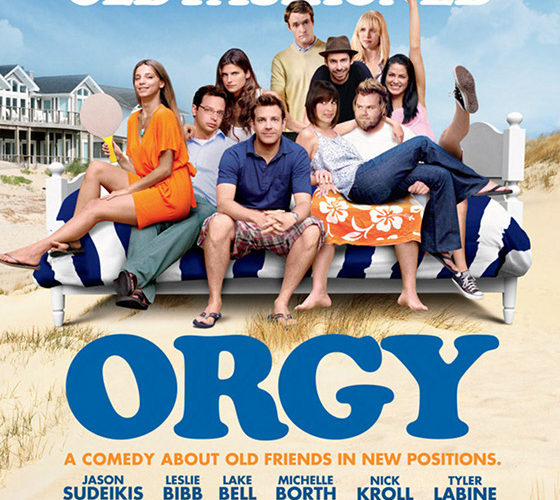 Considering the title, we got a relatively tame trailer for A Good Old Fashioned Orgy, but now a red band version has arrived. While I thought it got an unfair lashing, it is nice to see a sex comedy that doesn’t seem to go overboard on raunch, like The Change-Up. Writer/directors Alex Gregory and Peter Huyck seem to have crafted a nice throwback 80’s-style ensemble outing. The cast includes Jason Sudeikis, Will Forte, Lake Bell, Lucy Punch, Martin Starr, Tyler Labine, Don Johnson, and Leslie Bibb. Check out the red band trailer below via Trailer Addict, followed by a few clips.

Jason Sudeikis is Eric, a thirtysomething party animal famous among his close circle of friends for his lavish summer theme parties at his father’s swanky Hamptons pad. But when members of the crew start settling down, and Eric’s dad announces plans to sell the beach house, Eric decides it’s time for one last bash to go out with a proverbial bang–a good old-fashioned orgy. The only obstacles to overcome are actually convincing each of his reluctant friends to join in on the bacchanal, and an inconveniently blossoming romance with the real estate agent threatening to sell the house out from under him before the main event can even take place.