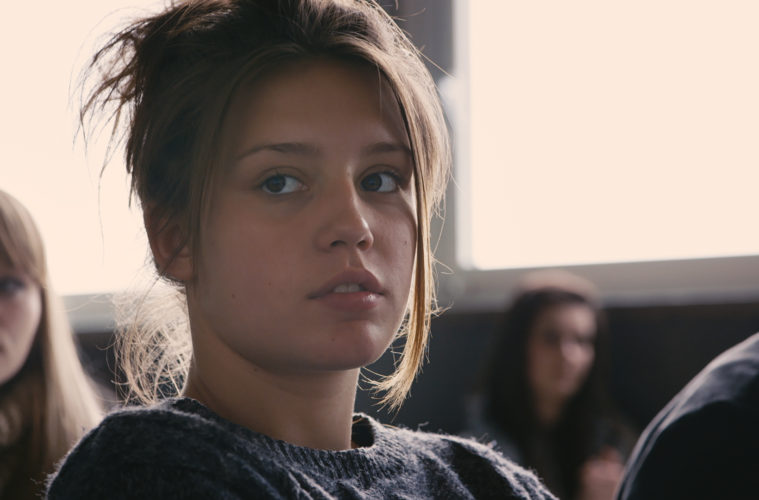 Although its release never got wider than 150 theaters, Blue is the Warmest Color will go down as one of the most successful NC-17 rated films, as it’s just a few thousand dollars away from arriving in the top 10 of all-time. While IFC Films should be content with its gross, they’re also focusing on its awards chances. While it’s counted out of the Best Foreign Film Oscar due to the group’s ever-idiotic guidelines, they are gunning for an award when it comes to the lead performance of Adèle Exarchopoulos.

Apparent with a new for your consideration trailer, which is red band thanks to a few risque shots, all praise is going to the actress. We have to join in as well, saying in today’s feature on the best breakthrough performances, “Tracking her character’s journey from high school years to young adulthood, much attention has been paid to the more explicit scenes in this Palme d’Or winner, but it’s in the small gestures, glances, and interactions that make this one of the emotionally honest performances of the year.” Check it out below.

Blue is the Warmest Color is now in limited release and hits Criterion next year.

Does Adèle Exarchopoulos deliver one of your favorite performances this year?