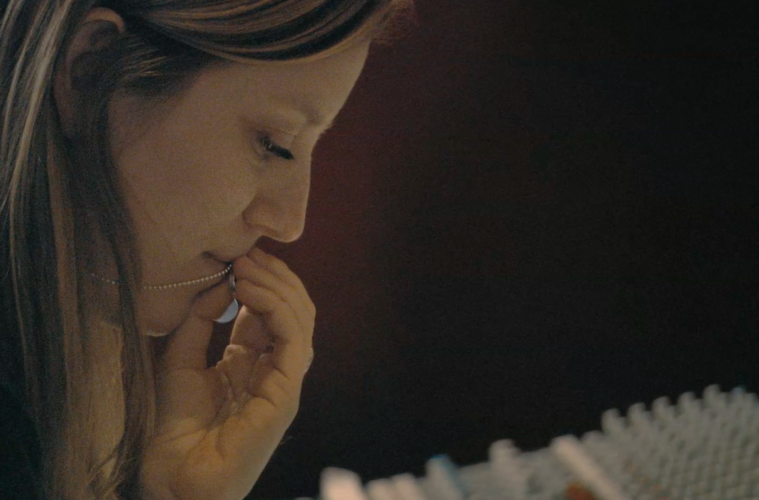 NYC’s Rooftop Films have announced their 2016 summer slate including Weiner, Cameraperson, The Fits, Hunt For the Wilderpeople, and more.

Watch a video essay on reconstruction and truth in Sarah Polley‘s Stories We Tell:

Seen any good movies lately? Seen any movies? Chances are you have — but maybe not in an actual theater. Americans used to adore going out to the movies, but that love has been on the rocks for decades. Once, the rival was television. Maybe it still is given that so much more of what’s produced specifically for the small screen seems so much more worthwhile (or at least watchable) than it once did. But the threat to movies appears more existential now, because the very digital revolution that has changed how movies are made has also changed how many of us watch them.

BFI‘s Alex Davidson on the 10 essential films from Douglas Sirk:

Although critically derided, many of these melodramas were huge hits at the box office, making Sirk’s decision to retire from filmmaking so early all the more surprising. In 1967 the French journal Cahiers du cinéma reappraised Sirk’s work, and he is now seen as one of cinema’s great social critics. Cunningly, he chose melodramas (seen then as soapy concoctions for female audiences) as vehicles for his critiques, subtly dissecting prejudice and avarice under a seemingly innocuous surface. He has had a huge influence on directors such as Pedro Almodóvar, Todd Haynes and Rainer Werner Fassbinder.

Watch a video essay on storytelling through faces in cinema:

Due perhaps to a restless impulse to constantly revise the canon—and to temporarily dispose of the sacred cows of modernist cinema—Akira Kurosawa’s stock (along with Bergman’s and Fellini’s) has dropped in recent years amongst a new crop of cinephiles. His most celebrated work as a director had a hand in defining a bold, upsized style of modern filmmaking still popular and abundant today, a lineage that snakes from the fifties to the present through a small collective of film school “brats”—Spielberg, Coppola, Lucas—who adopted Kurosawa as their master, seeking to emulate his career. Yojimbo was the blueprint for Clint Eastwood’s “man with no name” in Sergio Leone’s Fistful of Dollars and beyond, The Hidden Fortress blatantly influenced Lucas’s Star Wars saga and, most famously, Seven Samurai became a western, The Magnificent Seven, soon to be remade again. Beyond outright remakes, we can see Kurosawa’s detailed, panoramic framing, his insistence on hardbitten male protagonists and his thematic meditations on honor in times of revolutionary change throughout the work of Spielberg and Coppola. In short, his settled legacy is as the prescient master of the blockbuster long before that word had even been invented.