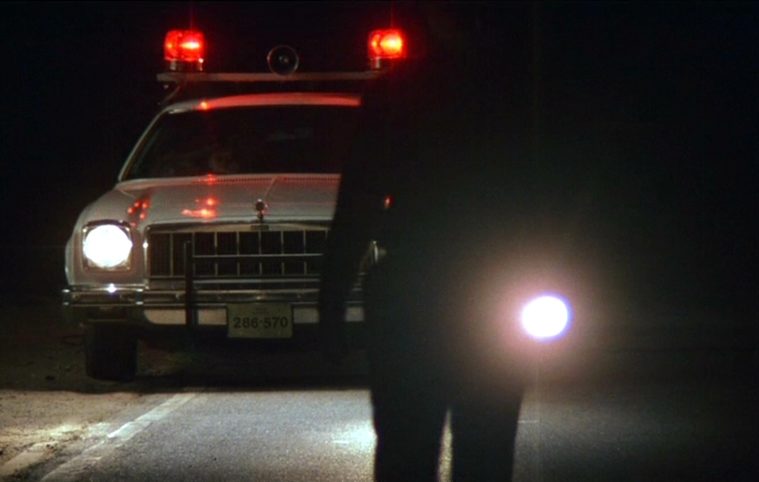 As if Sirk and the Maysles brothers had an anxiety-ridden child (don’t ask about that procreation process), Actress is one of the few functional “boundary-blurring” documentaries of late because Robert Greene, a keen observer of movement, had discovered a perfect subject and the best story for it. At one moment intimate and comfortable, at the next an unpleasant dive into an emotional maelstrom, its shape makes one wonder that the tired “we’re all actors” maxim would be tried anywhere but the documentary format. – Nick N.

The End of Violence (Wim Wenders)

Don’t let the contemporaneous reviews of The End of Violence fool you. It may not be Paris, Texas or Wings of Desire, but Wim Wenders’ noir-indebted story of film producer Michael Max (Bill Pullman) finding himself on the run from after a bungled attempt on his life and the angel watching him from on high (Gabriel Byrne, more flesh and blood than Bruno Ganz’s angel in Wings of Desire) is a self-aware and humorous bit of fun. Perhaps the story is more than a little rough and the ideas overflow without coalescing, but good cinematography and a great score (courtesy frequent collaborator Ry Cooder), and the story’s reflexivity regularly remind us that The End of Violence is more about experiencing than apprehending, and it’s a fun ride to experience. – Forrest C.

Errol Morris‘ jump into the documentary filmmaking fray was such a difficult exercise that Werner Herzog promised to eat his shoe if it was ever completed. What he’ll need to do now that you can buy it in 1080p from major retailers… well, regardless, Gates of Heaven and his superior follow-up, Vernon, Florida, have been given a necessary sprucing-up. Morris speaks of the films in a pair of extended interviews, while Herzog makes two appearances on this set — one as a shoe-eater, the other as a mere lover of cinema. You’ll feel similarly adulatory when you’re through with the whole thing. – Nick N.

While John Ford is known for his workmanlike output in the world of directing, a new documentary takes a look at one of his spare passion projects, The Quiet Man. After trying to get it made for nearly two decades, he finally released the Ireland-set romance in 1952. Initially released a few years, but now coming to Blu-ray today thanks to Olive Films, it features interviews with star Maureen O’Hara, as well as Martin Scorsese, Peter Bogdanovich and Jim Sheridan. Although one might imagine the focus is narrow, specifically resting on one film, John Ford: Dreaming The Quiet Man is an engaging, comprehensive look through his entire life as reflected in his desire to tell this specific story. – Jordan R.

Its central mystery was solved decades ago, but Errol Morris‘ documentary remains stirring for its aesthetically radical look at the nature of truth in words and images. It’s been in need of restoration for years, which makes Criterion’s service all the more important — not just for improving the cinematographic character of an older film, but, in particular, an older film that’s so dependent upon the specifics of what we’re seeing. (It hardly seems like a coincidence that the original poster is a pair of eyes superimposed over a ticking clock.) The special features are slim but nevertheless enticing, from an interview with Morris to Joshua Oppenheimer heaping his praises upon the picture to a news segment that slightly extends the film’s narrative. And, oh, how nice the Philip Glass score now sounds. – Nick N.

Vincent & Theo is one of the more overlooked films from the late Robert Altman. Altman gets us right under the skin of Vincent van Gogh (Tim Roth), beautifully conveying what makes him and his, at the time, under-appreciated art tic. Vincent & Theo is, in some ways, more conventional than Altman’s other great works, but it’s no less impactful. This is a powerful film about art and obsession, with a terrific performance from Roth at the center of it. – Jack G.

Digging up the Marrow (review)
The Hobbit: The Battle of the Five Armies (review)
Into the Woods (review)
Song One (review)
Unbroken (review)