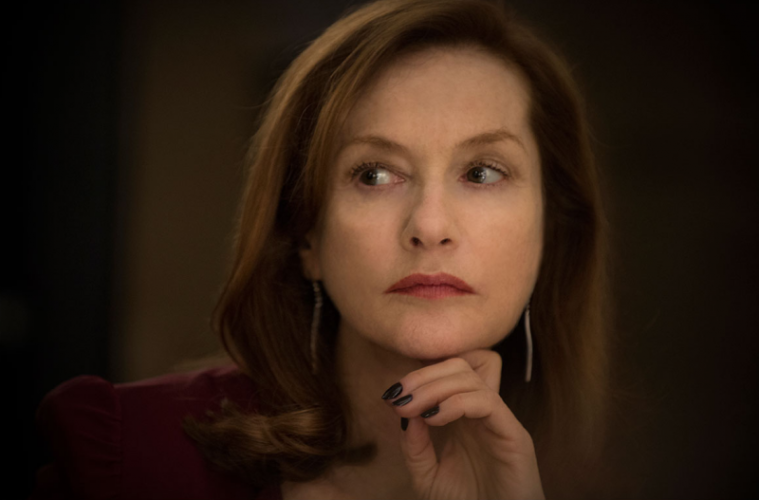 Recommended Discs & Deals: ‘Elle,’ ‘The Lovers on the Bridge,’ ‘Fences,’ and More

Paul Verhoeven’s latest treatise on high / low art isn’t going to appeal to everyone, and, as this awards season has shown, it’s already deeply offended some. But its messiness and blurred moral provocations are key to its power as a piece of cinematic trickery. A masterful character study, Elle dresses up a pulpy morality play with an austere European arthouse sheen, then sends its powerfully passive lead through a minefield of ethical conundrums, often praising and condemning sticky taboos at the exact same time. And while Verhoeven is firmly in his cinematic niche as a proud pervert and armchair psychologist, this is foremost an act of supreme control from Isabelle Huppert, who, even when forced to be the story’s victim, plays her role with such blinding conviction and thorny pragmatism that she can only emerge from these horrors with renewed strength. – Michael S.

An adaptation of a work from one of the most beloved playwrights of the 20th century, and the third feature from one of Hollywood’s most bankable movie stars, Fences has to contend with some heavy, and potentially unfair, expectations. And director Denzel Washington is only further courting comparisons to the original play by not only shooting the film with a style that prioritizes spatial power dynamics over camera movement, but also reassembling the same cast as an acclaimed 2010 Broadway revival. As such, Washington’s adaptation does bear the formal anxiety that comes from a fear of transitioning a play to film, and a performative self-consciousness that takes some time to situate, but it’s also a film that bursts with a conversational energy and burning intensity that only comes with familiarity with the source material. – Michael S. (full review)

Ghost in the Shell (Mamoru Oshii)

Ghost in the Shell is currently in season. With the live-action film hitting theaters at the end of the month, the animated series back in syndication on Adult Swim, and Innocence given a long-awaited Blu-Ray reprint from Funimation Entertainment, the franchise is primed and hopeful to infiltrate the American mainstream. Given this, it’s no surprise that Anchor Bay Entertainment be eager to return to roots with a timely new collector’s edition. (Anchor Bay’s subsidiary, Manga Entertainment, funded and co-produced the original 1995 production.) Boasting a fancy steel book packaging with striking original art, the Blu Ray delivers on its most basic promise: the original cut of Mamoru Oshii‘s meditative future-shock thriller in full 1080p. Beyond this, however, the release is pretty sparse, especially relative to the deluxe asking price: only the most basic audio and subtitle tracks are available (no new English audio track to replace the wooden 1995 original dub, as fans have long hoped); the behind-the-scenes featurettes included in previous DVD and Blu-Ray editions are gone, with nothing to replace them. In fact, the only new thing about this release appears to be the deluxe casing and the price tag. Ghost in the Shell is still one of the great animation and science fiction films of recent decades, and watching it in HD – if you haven’t already done so – with newly discernible details peeking through the lush density of the film’s animation and scenery. But to the already-initiated (and those unwilling to lay down cash on a bare-bones disc) the latest edition in its long line of releases and re-releases may be a collectors-only affair. – Eli F.

The Lovers on the Bridge (Leos Carax)

Nine years before the fin de siècle came the brutal romance of Leos Carax’s The Lovers on the Bridge — well, nine years if you lived in France. American audiences could not experience Carax’s wounded, fragile love story until 1999, just one more bit of controversy for an already controversial film. Thankfully, Lovers now has a rightful place amongst the classics of the twentieth century. Starring Carax’s frequent leading man Denis Lavant as a street performer and a twentysomething Juliette Binoche as a one-eyed artist, it’s a film as noteworthy for its locale — Paris’s Pont Neuf bridge — as it is for its acting. Nevertheless, Lavant and Binoche are breathtaking, just like the glorious fireworks that explode during the film. Kino Lorber’s stunning Blu-ray release features a wonderfully insightful essay by Ignatiy Vishnevetsky as well as a fine video essay by Cristina Álvarez López and Adrian Martin. But the real treat is the film itself, a crucial effort from the filmmaker who would find his greatest success with 2012’s Holy Motors. While the latter is one of the most memorable efforts of the last decade, there’s no question that The Lovers on the Bridge is Carax’s mightiest achievement. – Christopher S.