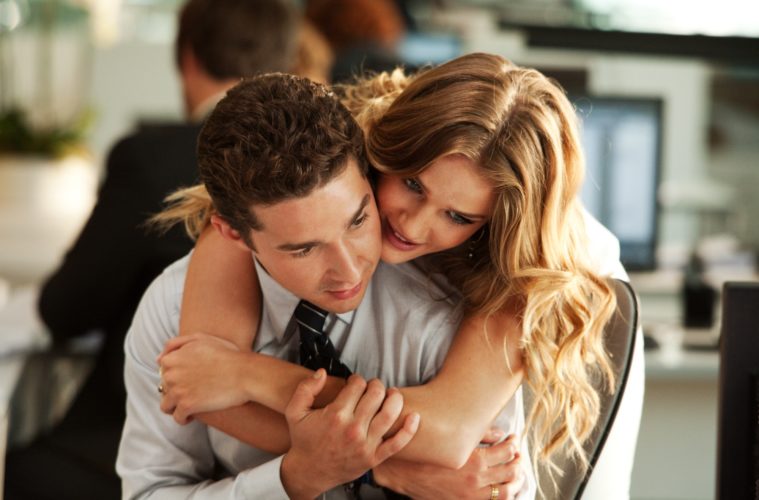 Read Michael Bay’s Projectionist Plea For ‘Transformers: Dark of the Moon,’ But Will It Deliver?

The internet was abuzz last week when Michael Bay took it upon himself to coerce and instruct projectionists to present his blockbuster baby Transformers: Dark of the Moon in the highest brightness possible. The director and his crew seem to be spewing every chance about its technical merits. Its star Shia LaBeouf (who is known for saying whatever audiences want to hear) told the LA Times that “it’s the greatest 3-D film ever made.” Is he lying or could this be true after the abysmal Revenge of the Fallen?

The review embargo lifts tomorrow (when I’ll be seeing it), but I’ve rounded up any impressions I could get my hands on below. Deadline also has the actual letter Bay sent to projectionists. Check it out below, followed by impressions of the film. Before we get to those reviews and impressions, Michael Bay has also posted a letter to his fans at his personal blog. Read it below.

Thank You Note From Michael Bay
06/26/2011
I just want to take the opportunity to thank all the fans around the world for letting me have fun with the Transformers franchise. It has been a wonderful opportunity to have worked with about 4000 crew members around the world. These artists are some of the very best in the entire film business. I’m honored to have had you work along side me. We had an amazing time.

‘Dark of the Moon’ has some of the most technically challenging sequences ever shot. And shot in 3D. I must urge you to find the very best theatre and see this movie in that format. 3D was a forethought, not an afterthought in this movie. I’m glad Jim Cameron and Steven Spielberg really convinced me to shoot in this new technology. We used and invented many new techniques to make the 3D sharper, brighter and more color contrast. I think theatre owners heard their audience that they need to respect the specs of the projectors and not dim the bulbs to save money.

Many theaters are presenting it in the brand new 7.1 sound, which is awesome. This is the most complex, intricate sound track that me and my Academy Awarding winning sound team have done. They really out did themselves to make this a big picture experience. Hopefully you will have as much fun watching this movie as we all had making it.

A largely linear plot and some ingenious appropriation of 20th century history helps T3 correct most of T2’s deficiencies without really matching T1’s superior entertainment value and element of surprise.

Bay’s extreme 3D compositions at least makes the format a worthwhile bolt-on to the franchise, but with the constant LOUD NOISES, anaemic storytelling, non-existent emotional resonance and cringingly bad comedy, this expensive sound-and-light show is a bit like slamming your head repeatedly against an arcade pinball machine for 150 minutes.

Editor’s Note: This one is atrociously written and seems like a paid Paramount ad for IMAX 3D, but here is a snippet:

Overall Transformers 3 is as fine and beautiful as a spectacle as it comes and it sets down and destroys the majority of the Summer blockbusters setting the limits down and making it near impossible for any other film to step in the ring with it. Its laid the foundation and expectation of Summer 2011, and its a fine spectacle to the conclusion to Michael Bay’s trilogy leaving confusion of what Spielberg can do with the fourth. Transformers: Dark of the Moon is a fantastic feast of all-action entertainment… the first big ­summer blockbuster is one worth catching.

With this, the third part of his Transformers Trilogy, director Michael Bay has surpassed himself. That is to say that he has reached a new low. Clunky, tactless and downright unethical, Transformers; Dark Of The Moon might just be the worst film thus far made during the lifetime of Hope Lies at 24 Frames Per Second.

These Transformer movies are nonsense, of course, but they allow Bay and his team to push the envelope as far as movie technology is concerned and at least you feel get a sense of the shock and awe of giant hulking metal creatures clashing.

After a while though your brain yearns for signs of intelligent life in the universe. You know, creatures who can, perhaps, hold a sensible conversations instead of merely booming in a baritone voice about the end of this and the end of that.

The last 40-plus minutes of Transformers 3: Dark of the Moon amount to “the mother of all battle sequences.” “It’s truly a Battle Royale. Nonstop mayhem battle….and your mouth is open that he did this. It’s really noticably epic…a big selling point.”

As a fan of the first Transformers, neither the last one nor this lives up, but there’s no doubt Dark of the Moon is an improvement. Some of the IMAX 3D action sequences are insanely good fun, making this one of the few movies released lately worth the extra ticket price.

So you get the picture, Transformers does what it says on the tin. It’s big, it’s brash, it’s loud, it’s dumb and it’s mostly entertaining if that’s what you’re up for. Yep, it’s your quintessential Michael Bay movie.

..this film is astonishing to watch in 3D. Easily the best 3D since AVATAR – and in many respects I think it is superior….Personally, I’m looking forward to checking out the 3D again – that last hour is just jaw-dropping.

He nailed it. If he never does it again, he can drop the mic on the stage and walk away like Eminem at the rap battle in “8 Mile.” ‘Transformers 3,’ especially seen in IMAX 3D, is a ride. The sound mix alone is more exciting than anything in the billion-dollar-bore of ‘Pirates 4.’ This is gigantic action we’ve never seen before, and Bay’s reaction to shooting and cutting his film for 3D is to get better at what he does. It raised his game, and as a result, I feel like we just saw a dare thrown down by one of Hollywood’s biggest action specialists: ‘Top this.’ There’s a solid hour-long action sequence in Chicago that uses everything Bay’s ever done before, but all blended into one exhausting push to save one girl in the midst of a war involving two planets. It’s the personal story on an apocalyptic scale that Bay loves to try to tell, and that other guys like Emmerich and Cameron and even Spielberg love to do. And this is the best version of it that Bay’s made so far.

Working on my “Transformers 3” review – and yes, it’s WAY BETTER than the 2nd one! It’s finally a movie that is worth seeing in 3D – it’s not as good as the first one but way better than 2nd – really liked it. One of the few movies actually worth seeing in 3D IMAX – I can’t wait to see it again!

Just watched it. Liked the first. Was entertained by the second. The third leaves me feeling odd. It’s just plain weird at times and some of the performances are so over the top i cringed and rolled my eyes more than usual. Have to watch it again. could be just because i’m tired.

Anyway, good things about it – the action is impressive, especially the last 40 minutes.
Rosie Huntington-Whiteley isn’t that bad. The 3D is good at times too.. good that paramount have mastered and colour graded for extra brightness. Which does make for a much better viewing experience.

Bad things – the first hour or so.. Shia LaBeouf acts like he’s on some really bad drugs and screams all the time.
It blew the centre channel on the amplifier. Bastard. [source]

Just saw it. Was loud and long. Didn’t hate it. It was fine for what it was. Some really odd tonal shifts. Like weird blends of comedy/action/weirdness. Should probably be half as long. Some characters did some things I didn’t understand. Overall cool 3d.

The mismatch of the realism of the environments vs. cartoonishness of the mechs was something I don’t usually see in, like, Japanese mecha. Was different. [source]

I have to give a fair warning before the last set of impressions. Studios sometimes ask entertainment reporters/journalists their thoughts on the film to use in TV Spots, ads, etc. Basically, these quote whores would obviously not say anything negative about the film. As you can see, there isn’t a single word about story or characters in any of these quotes, which we’ve rounded up below.

Mike Wilber – NBC
“The best Transformers ever!”
“Transformers: Dark of the Moon is the summer movie to beat!”

National/Canada
Teddy Wilson – Host, InnerSPACE
“Blockbusters don’t get any bigger than this!

Chicago/4
Bill Zwecker – FOX-TV or FOX Chicago News or (FOX-TV Chicago)
“The absolutely best Transformers yet! Bigger, better, best! Terrific storytelling and non-stop action from start to finish! This is the movie event of the summer!”
“This is why we go to 3D films!”

Dallas/8
Sandie Newton – CBS Dallas
“Absolutely mind blowing! ?This is what going to the movies is all about!”

Dallas/8
Nancy Jay – Daybreak USA (Syndicated Radio)
“Dark of the Moon delivers. It’s bigger, better, badder. This is the one you’ve been waiting for.”

Houston/11
Jake Hamilton – FOX-TV
“The perfect summer movie. This is what going to the movies is all about. They’ve saved the best for last. You’ll be left in awe.”
“One of the most incredible things your eyes will ever see. You won’t breathe. You won’t blink. You’ll just be blown away.” Detroit/15
Lee Thomas – FOX 2 Detroit
“Transformers: Dark of the Moon is the most action packed adventure of this summer…crisp transformations. Clean fun.
“They’ve reinvigorated the franchise.”
“The must see summer film.”

San Diego/16
Kelli Gillespie – XETV CW6 – San Diego
“Best Transformers film yet!”
“Action-packed. “
“Heart-pounding.”
“The most fun you’ll have at the movies this summer.”
“This is what a summer movie is meant to be! Go see Transformers: Dark of the Moon.”

Cleveland/24
Chris Van Vliet – WOIO, Cleveland
“Buckle up for the action thrill ride of the summer!”
“The biggest movie of the summer.”

Las Vegas/26
Rachel Smith – FOX 5, Vegas
“By far the best of the three!”
“The hottest cast of summer”
“2 hours of pure fun”
“The most action packed film of summer”

Kansas City/29
Shawn Edwards – FOX-TV
“The summer blockbuster has been transformed forever!”
“Phenomenal! The most exciting movie of the year. ‘Transformers: Dark of the Moon’ is total awesomeness. It’s a bigger and better experience. You’ll be blown away.”
“This is the 3D experience you have been waiting for! It’s amazing. The 3D is like nothing you have ever seen before. You just won’t see the movie. You’ll actually feel like you are in the movie.”
RATING: “* * * *”