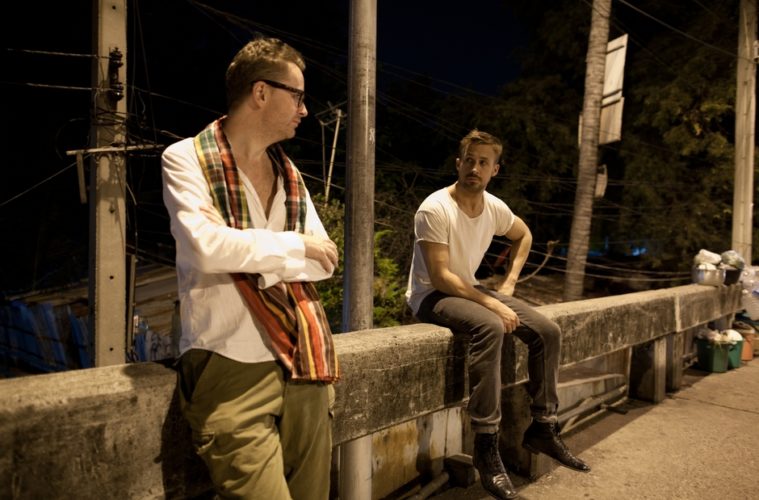 Ranking the Films of Nicolas Winding Refn: From ‘Pusher’ to ‘Only God Forgives’ Despite only hitting any commercial prominence less than two years ago, writer-director Nicolas Winding Refn has been an active force since the mid-90s, crafting crime dramas and psychological (on occasion, outright psychotic) thrillers unlike most of what anyone’s been attempting in world cinema. These titles may, on their surface, give off the air of a standard genre exercise, but all operate with a fascinating, hard-to-grasp internal consistency that frequently treads a thin line between the brooding and the absurd, sometimes crossing between one and the other without warning — to the end that boundaries between intention and fault are never 100% clear.

This week brings another such title: Only God Forgives, his second collaboration with Ryan Gosling and first title since 2011’s acclaimed Drive. While those who’ve only seen the latter are sure to be surprised by the former’s manner and style, fans will see it as a return to the days of old and films of lesser commercial repute; in counting down his filmography title-by-title, one can see that it was something of an exception, not the standard. For that, alone, his body of work is hard to ever shake. Check out our rundown below.

If nothing else, we can thank Fear X for giving us a Pusher trilogy. Nicolas Winding Refn’s American debut was a monetary catastrophe, eventually bankrupting his upstart film company and forcing the director to recoup finances — consider this his One from the Heart, fellow Coppola fans — with a pair of efforts that will rank higher, here. Past that small historical context? It’s an occasionally gripping, mostly unsteady vehicle for a (otherwise-excellent) John Turturro performance that, nevertheless, deserves to be in a better film. The man at hand doesn’t come off so poorly, either: some affectingly moody visuals are thrown toward a relatively dull, muddied screenplay, in their application guaranteeing that Fear X is not a completely wasted effort. With lethargic pacing, rote plotting, and an incomprehensible ending (for which nobody has ever provided a suitable explanation), however, it’s a title we could mostly do without.

Many of the faults which plague Pusher can be almost directly attributed to the evident naïveté of a debut writer-director. It’s a thinly plotted, amateurishly acted crime thriller that seems to think it’s whipping up a clever narrative with compelling characters — and when it isn’t trying to pull us in with a thrilling yarn, the movie makes attempts at playing it “cool” without ever managing to hit such notes. The movie would be far easier to brush off if it a) didn’t come first and b) didn’t set in motion a cornerstone of his filmography, but for those reasons Pusher needs to be confronted, even momentarily. As this list’s ranking will show, however, the jump from first to second feature marked a significant upgrade for the Danish helmer.

Not at all worthy of the outright disregard some threw around, this is a movie which, at its core, at least deserves an “A” for effort. Some two-and-a-half years out from a first viewing, the biggest impressions left by Valhalla Rising are predominantly positive: a beautifully composed / shot aural-visual experience featuring one of the great Mads Mikkelsen’s most physically determined performances. (Consider the way he handles himself in occasional combat scenes, all delivered with crushing savagery in their formal construction.) In the occasional, odd accordance with Winding Refn’s latest title, the more questionable patches — a drug-fueled freakout (complete with attempted [?] rape) is hard to ever wipe from the memory — act more as dints on the occasional pleasures than outright occlusions. Regardless of a final reaction, can you honestly say you’ve ever seen something quite like it?

It would be so nice if this new effort could justify some higher placement, but, alas, Only God Forgives is a thoroughly minor career entry — if not, however, a poor or overtly familiar one. While often showing himself to be infatuated with the comic absurdity of violence — even the aftermath of Drive’s elevator scene is worth a chuckle — Winding Refn’s corresponding brutality is taken to a different height, frequently imparting the sense of a darker-than-night comedy about the worst familial strain we could dare dream up. It works, for the most part, a soft register be damned. Credit, too, for avoiding the easy route: this is not the film most would’ve made after they landed themselves in multiplexes, even more so when one of the world’s most famous men is positioned as your central star.

For the final installment of his loosely connected series, Nicolas Winding Refn kept things in the family. Though not the most heartfelt Pusher film (that honor would go to entry #2), I’m the Angel of Death can lay claim to the most tangible human drama. In finally working its way up to the boss who caused so much trouble for protagonists of films past, we see, sincerely, that no one in the crime syndicate truly has it easy — because even when you’re doing the killing, there’s still the headache and heartache of loved ones to bring you right back down. The rare trilogy-closer that doesn’t stumble in fading out.

Though undoubtedly the most entertaining film Nicolas Winding Refn has ever made, Bronson is not simple pleasure brought at the expense of qualitative worth. The true-to-life exploration of artistically inclined physical violence — something the helmer can relate to, clearly — is given center by Tom Hardy, conveying the agony and ecstasy of a repressed animal through the most primal means: screams, punches, a bare penis, and… affability? It can be difficult to tell where the movie ultimately falls on its central figure, and that’s what makes it so dubiously entertaining.

Taking the Pusher trilogy’s top spot is its middle piece, the sort of sequel which — thankfully, in this instance — bears so few resemblances to its forebear that it feels to be of an entirely different consistency. A minor character — and, at the time, minor actor — from the original is given center stage, at first glance thrown into a situation highly reminiscent of another gangster’s own troubles — before Pusher II rejects the posturing and opens itself up, revealing both a deeper significance and stronger heart than we would’ve ever expected from such lowlifes and hoodlums. Coupled together, Winding Refn’s perpetually discomfiting photography and Mikkelsen’s dynamic performance breed 100 minutes to find yourself lost in, all the while hoping you’ll emerge with a head still on your shoulders.

It’s almost unfair to place so high the title which, still, has never been released on American shores. As a result, it’s missing from nearly all discussions of Winding Refn’s filmography — which is a shame, since Bleeder is not only his greatest Danish-language achievement, but also a genuine surprise for fans and detractors alike. Its concerns are, perhaps, the widest of these collected works — a focus on cinephilia, of all things, is as significant as the angle toward society’s dregs — and its incidents, steered by an ethically scattered group of friends, collide and explode into what is also the darkest film of his career — but not to an unrelenting or nauseating degree. With any luck, continued domestic exposure will give someone with proper means the incentive to make Bleeder more widely available.

For some, this placement is of little-to-no surprise. It’s not the most shocking, daring, or — for that matter — exciting of Nicolas Winding Refn’s oeuvre, but Drive is far and away the most concise intersection of formal rigor, consistent thrills, and palatable human feeling. It maintains a fine reputation in the rear view, which makes it all the more surprising that, upon revisits, finer points still spring forward to elevate a tight thriller into something closer to art. Every piece coalesces: the sincere-but-silly soundtrack; the lucid cinematography, nighttime shots of Los Angeles most certainly included; the longing glances that never overstay their welcome; the eclectic-yet-organic supporting cast; the immaculate sound design; the use of a boot. No matter where Nicolas Winding Refn goes from this point forward, we’ll always have Drive. And that will always be enough.

What is your favorite film from Refn? Least favorite?