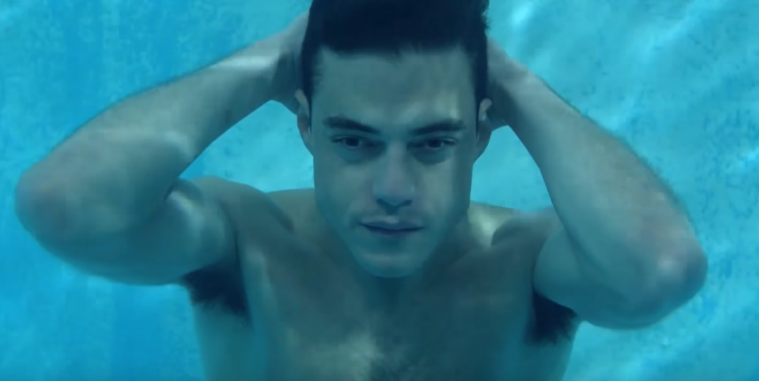 After making an impression in films from Paul Thomas Anderson, David Lowery, and Spike Lee, thanks to his new exposure as television’s most intelligent anti-social hacker, Rami Malek has graduated from indelible supporting character appearances to the coveted leading role. His first endeavor in the arena arrives with Buster’s Mal Heart, which comes from Sarah Adina Smith, and follows an on-the-run mountain man and how he got to this state.

I said in my review, “The structural concepts are all here to create an intriguing psychological drama, but the lack of realism when it comes to the supporting cast of caricatures makes for a tenuous emotional foundation. Despite a committed lead performance and flashes of finding beauty in the bizarre, Buster’s Mal Heart loses confidence as it proceeds, resulting in a journey of half-formed ideas that could’ve used as much focus as Malek’s dead-eyed glance.”

Ahead of a release next month, check out the new trailer below.

In this bold thriller peppered with dark humor and interlocking mystery, an eccentric mountain man is on the run from the authorities, surviving the winter by breaking into empty vacation homes in a remote community. Regularly calling into radio talk shows—where he has acquired the nickname “Buster”—to rant about the impending Inversion at the turn of the millennium, he is haunted by visions of being lost at sea, and memories of his former life as a family man. As he drifts from house to house, eluding the local sheriff at every turn, we gradually piece together the events that fractured his life and left him alone on top of a snowy mountain, or perhaps in a small rowboat in the middle of a vast ocean—or both, in this visceral mind bender that will provoke discussion long after it turns your world upside-down.