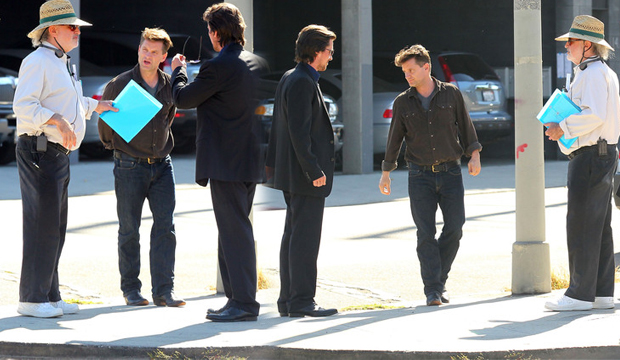 As one Terrence Malick feature loads up on actors, we’re hearing the first word on who will be cut from another. Commonly known for this practice — most infamously from The Thin Red Line in which performances from Billy Bob Thornton, Martin Sheen, Gary Oldman, Viggo Mortensen, Mickey Rourke and more were cut from the final film — the first actress has spoke up on her Malick leaving her role on the cutting room floor.

Set to premiere next week in Venice, we can confirm To the Wonder at least featured Javier Bardem, Ben Affleck, Olga Kurylenko and Rachel McAdams. But now Rachel Weisz, who only spent a few days on the set, confirmed with the Italian outlet La Stampa that “it seems that [her] part has been cut.” She adds, “I had the experience of working with him [Malick] but I will not have the pleasure of seeing my work.” There’s no telling if other actors such as Barry Pepper, Michael Sheen, Amanda Peet and Jessica Chastain made the final cut, but we should get confirmation with the first screening soon.

Update: Deadline confirms that all the minor roles from Barry Pepper, Michael Sheen and Amanda Peet were also cut from the film. A source says, “It’s just the way Terry works; it’s not a reflection on anything other than the story.”

On to more positive news, Boardwalk Empire and Take Shelter star Shea Whigham was spotted on the set of Malick’s currently filming Knight of Cups earlier this summer. Seen filming scenes with star Christian Bale and a toddler, we have no details on his role (like almost every actor in film), but we know he’ll be seen alongside Cate Blanchett, Wes Bentley, Freida Pinto, Isabel Lucas, Imogen Poots, Teresa Palmer, Antonio Banderas, Joe Manganiello and Ryan O’Neal. Check out photos above and the rest over at We Got This Covered.

Are you upset we won’t be seeing Weisz in Wonder? Excited for Whigham in Knight?