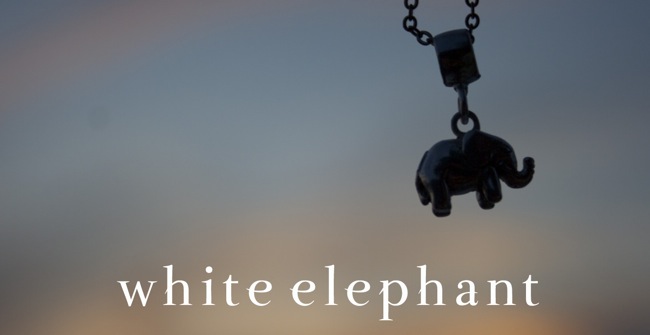 Crowdfunded Cinema is a column that focuses on filmmakers seeking funding for projects via crowd-funding platforms, offering new ways for independent artists and audiences to connect. With each article, we will focus on a single project that we find particularly interesting and inspiring.

White Elephant is the new project for director/producer team Jessika Pilkes and Setu Raval. Having created a number of successful shorts together, the duo is setting out to produce their first feature, with the beauty of Indonesia as their backdrop and inspiration.

We caught up with Raval recently to discuss the project. We’d also like to encourage reader’s to visit the film’s Kickstarter page for more information about this new project. And, as great projects come from great support, please consider donating and becoming involved.

TFS: Tell us a bit about how this project came about?

Raval: Jesse [Pilkes] and I went to school at the University of North Carolina School of the Arts. We paired up our first year and have worked together since. Spend a few hours with Jesse and your world will have just gotten bigger, more exotic and a bit more surreal.

During our third year in school, we did a film called Nest of Spiders, which is about a traveling circus, and it ended up doing really well. The film went to AFI Dallas, Tel-Aviv International Film Festival, Ojai Film Festival and several others. Jesse won DGA’s Best Female Student Filmmaker award. We also received an Honorable Mention from the American Society of Cinematographers and a Gold Medal for Excellence in Music from the Park City Music Festival. We had a great start and our creative team stuck together. We did a film the following year called Asphyxia, which also ended up doing very well in the film festival circuit.

Upon graduation, I started working for CAA and Jesse directed travel films for about two years. The films took her to Southeast Asia for about six months and her four days in Bali inspired her to write the screenplay for White Elephant. How long have you been working on the script?

Jesse spent about two years writing the screenplay, I read it a little over a year ago and immediately fell in love with it – the world and the characters. As the producer, I felt that I needed to go to Indonesia and figure out if it was realistic logistically. I saved up all my money, canceled my summer plans and booked a flight. Jesse and I spent a month in Bali and Lombok shooting footage of ceremonies, of people, of landscapes. We did location scouts, we met with the Bali Film Center and we also worked on the screenplay everyday, ensuring its authenticity.

When we got back, we started compiling a press kit, pitch presentation and also cut together footage for our promotional video, which is now up on Kickstarter and on our website. In February and early March, we held script readings in four cities across the States; one in Los Angeles, one in Philadelphia, and two in North Carolina. The readings gave us a chance to test different demographics, see how people responded to the characters and plot, and compile great testimonials – which can be found on our website.

Now, we are close to the end of our Kickstarter campaign and raising money for further development and pre-production. This money will help us reach out to larger investors and actors. It will go towards costs related to attaching additional producers, meetings with the Indonesian Ministry of Culture and Tourism, and with the Bali Film Center.

Kickstarter has created a unique avenue for us to build our community of backers, supporters, and enthusiasts. We surpassed our goal within the first ten days of our campaign and were featured in indieWIRE’s “5 Projects iW is Rooting for!” We’re incredibly grateful for the support thus far.

Where did the title come from?

The title for “White Elephant” spawned from the Asian myth, which associates the rare white elephant with the birth of Buddha. Considered a sacred animal in parts of Southeast Asia for centuries, the white elephant was bestowed upon monarchs as a symbol of peace and prosperity. This elusive animal was treasured for its uniqueness. Each character in “White Elephant” has borne a tragedy, which has branded them as “different.” But it is in fact, these soul-enriching tribulations, which have made each character exceptional, layered and unique.

What was it about Indonesia that inspired you?

Many people have asked, “Why Indonesia?” As I read the first draft of “White Elephant,” I immediately understood that the world of this story was as important as the characters and plot. The magic and spirituality which is present in everyday life in Bali provides the perfect palette for this story of healing, overcoming and celebration.

To truly experience “the island of the gods,” I had to surrender to its flow.

On the eve of my last day, I decided to visit one of Bali’s most breathtaking temples, Pura Tanah Lot, meaning “Land in the Sea.” Gray clouds coated the sky, thundering waves crashed against the rocky walls of the temple, and the giant poisonous sea snake, protector of Tanah Lot, was tucked away in her cold, coral cave. I laid out my sarong and sat at the edge of a cliff with a view of the quiet temple, the ocean as it encompassed me, and the earth’s round surface. It was a sunless day but Bali decided to reveal her magic. The wind calmed, the waves subsided, the clouds separated and there it was… a perfectly round, radiating sun that slowly drowned behind the cool ocean. I witnessed this spectacle and was hushed, transfixed and surrendered to a moment that quickly passed but would never really leave me.

We are filmmakers who are infatuated with immersing ourselves in a culture and surrendering to everything it has to give. These experiences inspire our stories and increase our desire to share them with the world. Collectively, the “White Elephant” crew has over ten years of experience working in countries across Europe, Africa, and Asia. What brings us together is our passion of bridging people and culture through film.

What do you think of White Elephant? Is Kickstarter a good platform for a project like this?