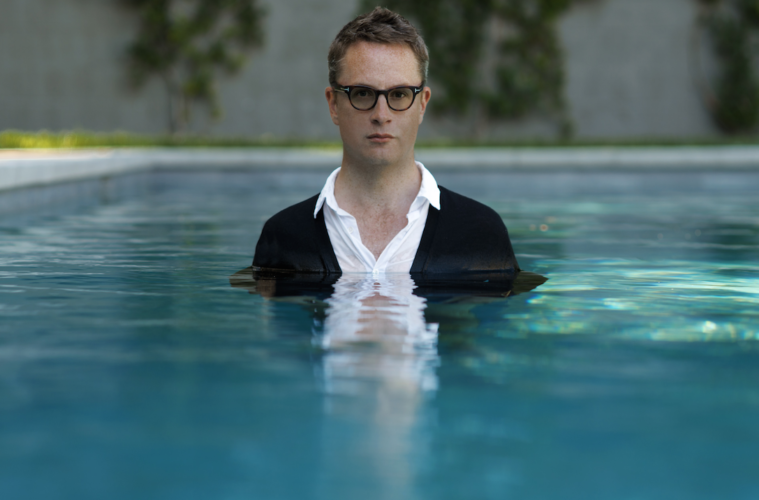 Following in the footsteps of Martin Scorsese, Nicolas Winding Refn is revealing to the world his favorite posters and even going a step further by publishing a lavish hardcover book of his collection. Titled Nicolas Winding Refn: The Act of Seeing, the book, which features over 300 pieces of art, is said to “open the doors to his private collection of obscure exploitation movie posters for the first time to create an extraordinary creation that mirrors the bold sensory experience offered in his own pioneering screen work.”

Ahead of a release on October 5th, Refn has announced to plans to stop by Fantastic Fest where he’ll screen three films included in the book (Farewell Uncle Tom, X-Rated Super Market, and My Body Hungers) and conduct post-screening Q&As. There will also be an exhibit and the local Mondo Gallery during the festival on Sept. 25th through the 27th, surrounded by stops in London (British Film Institute National Film Theatre on Sept. 1st and The Cinema Store on Sept. 2nd), in Spain at the Sitges Film Festival on October 9th through 12th and finally, in Lyon, France at the Lumiere Film Festival on October 12th through the 18th.

“About four or five years ago, I suddenly had a huge interest in Andy Milligan,” Refn tells EW. “He was a very very obscure filmmaker out of New York who made films in the ’60s and ’70s and, I believe, in the ’80s before he died of AIDS. His films are very extreme. I usually call [him] the New York, bottom-of-the-barrel Fassbender. I started collecting his negatives and one day I was able to strike a correspondence with a writer called Jimmy McDonough, who had written the biography of Andy Milligan, which is a very good bio. One day he said, “Listen, I have about a thousand posters, I need some money,” and I was like, “Yeah, sure, of course.” So, I purchased his whole collection, without really knowing what I was going to get. A few months later about a thousand posters arrived in boxes. I was like, “What the hell am I going to do with all this?” [Laughs] Also, I didn’t know 90 percent of the movies. I started going through it and that’s when I had this idea: “Hey, why don’t I do the most expensive poster book about posters for movies nobody’s ever seen?”

Preview a collection of the posters below and pre-order the book here: Nicolas Winding Refn: The Act of Seeing is now available to pre-order ahead of an October 5th release.