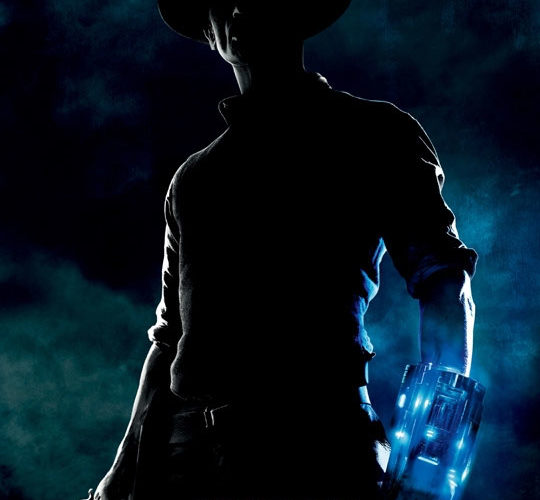 What better thing to start your day off then a poster round-up? This fine morning we have new posters from Jon Favreau‘s Cowboys & Aliens, Kevin Smith‘s Red State, Darren Aronofsky‘s Black Swan, and Michael Bay‘s Transformers: Dark of the Moon. Check them out below.

First up is the international poster for the sci-fi western from Iron Man director Jon Favreau. Cowboys & Aliens stars Daniel Craig and Harrison Ford and will hit theaters July 2011. [Empire] Next up is the poster for Kevin Smith‘s horror/thriller Sundance entry Red State. The site GFB Robot donated $2,000 to help kids in Haiti in a contest Smith ran, so they got the debut. Check out the poster featuring The Father, part of series with The Virgin being the first. We also have a new poster for Darren Aronofsky‘s Black Swan. The fantastic film did so well in limited release it will go wide on December 22nd, so be sure to check it out! The poster comes via Glamour Mag. We also have the poster for James Cameron-produced underwater diving 3D thriller Sanctum. Despite the lame trailer, this poster isn’t bad. It comes from Coming Soon. Lastly, and definitely lastly we have a poster for Michael Bay‘s Transformers: Dark of the Moon. It is indeed an early version from the 2010 Licensing International Expo banner, but check it out via JoBlo. The first trailer arrives tonight. Which film are you most looking forward to? What poster is your favorite?