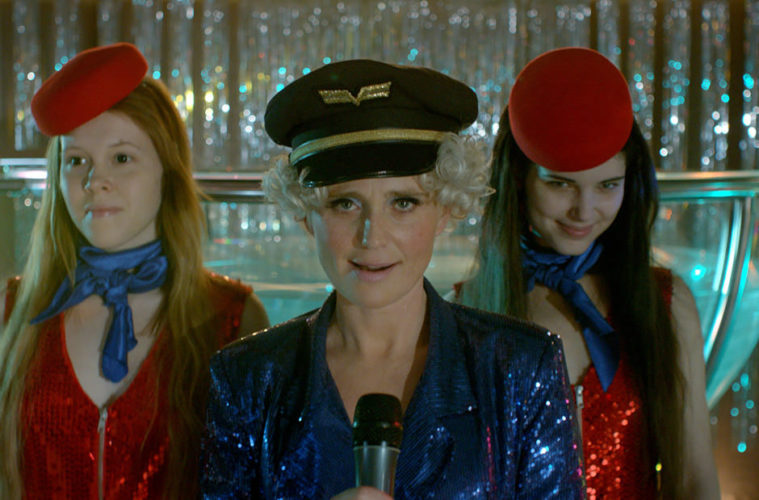 No, it’s not just a random assortment of words. The Polish cannibal horror mermaid musical you’ve been waiting for will be arriving next month. Following a Sundance premiere last year, Agnieszka Smoczynska‘s The Lure was picked up by Janus Films and now the first wild trailer, featuring a quote from our review, has arrived.

We said in our review, “Where but at a film festival do you get the chance to see a Polish musical romance about two man-eating, mermaid sisters (Marta Mazurka and Michelin Olszanska)? As directed by Agnieszka Smoczynska, our finned and fanged leads, Silver (Mazurka) and Golden (Olszanska) are roped into a club-singing act at the start, taken in by a money-hungry show-runner called The Boss (Zygmunt Malanowicz) and a family of performers, before love and bloodlust get in the way.”

In this bold, genre-defying horror-musical mashup – the playful and confident debut of Polish director Agnieszka Smoczynska – a pair of carnivorous mermaid sisters are drawn ashore in an alternate ’80s Poland to explore the wonders and temptations of life on land. Their tantalizing siren songs and otherworldly aura make them overnight sensations as nightclub singers in the half-glam, half-decrepit fantasy world of Smoczynska’s imagining. In a visceral twist on Hans Christian Andersen’s original Little Mermaid tale, one sister falls for a human, and as the bonds of sisterhood are tested, the lines between love and survival get blurred. A savage coming-of-age fairytale with a catchy new-wave soundtrack, lavishly grimy sets, and outrageous musical numbers, THE LURE explores its themes of sexuality, exploitation, and the compromises of adulthood with energy and originality.

The Lure opens on February 1.