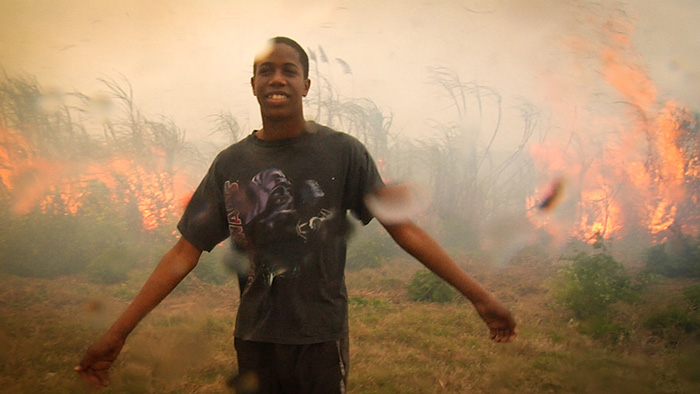 Premiering at Tribeca Film Festival 2018, Hide Your Smiling Faces director Daniel Patrick Carbone brought his powerful, lyrical new documentary Phantom Cowboys, one that will now get a release this week. Jared Mobarak said, “ Carbone’s film portrays love — of family, friends, places, and things. It comes in all shapes and sizes, each as potent as the next. Because our lives aren’t set in stone, joy proves as feasible as pain. As long as we’re alive, though, there’s promise.”

Shot over eight years, Carbone conveys the trajectory of three small-town teens from different locations and their hopes and dreams. Nick is a former football star in Trona, California, a mining town on the rim of Death Valley. Larry spends his time hunting rabbits in Pahokee, Florida, while Tyler wastes his time dirt bike riding in Parkersburg, West Virginia. Judging from this trailer, Carbone creates a rapport with his subjects in a resonating way.

In an interview with No Film School, Carbone gave a deep retrospective on the process over the eight years spent on the film, saying, “As there’s an evolution in the subject, there’s also an evolution in the way we approached it and the kind of questions we asked. In a way, it’s been therapeutic to finally finish this film, to reflect back on what it started as and what it’s become. There were choices I made when I was much younger making the same film, and it feels like I was making a film about two different time periods, just like the boys were experiencing two different periods.”

Phantom Cowboys will be released on Amazon Prime and other VOD services on March 29.