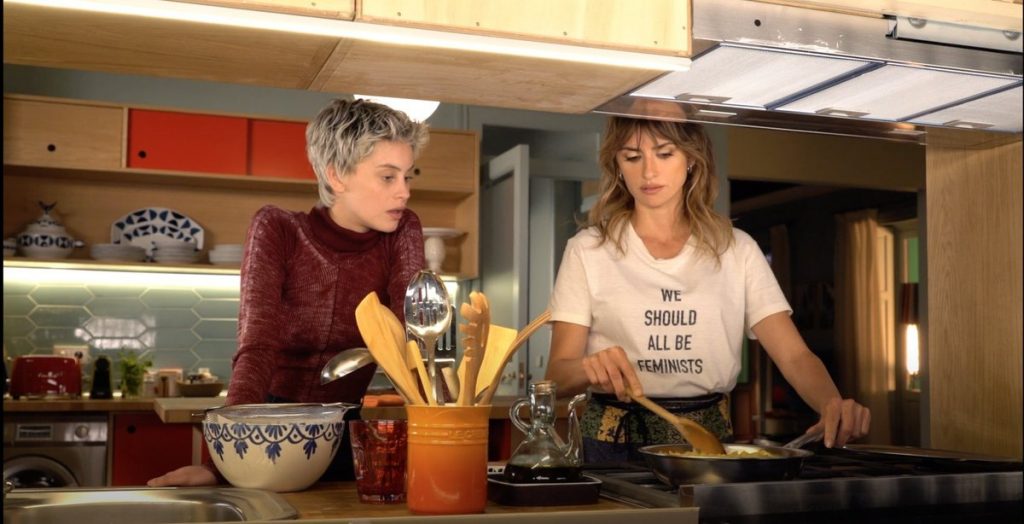 It’s not at the scandalous level of its poster—so long as Instagram doesn’t have anything to say about it—but a Pedro Almodóvar preview gets eyes, lactation or no. After Pain & Glory and The Human Voice, his next feature, Madres Paralelas (aka Parallel Mothers), will open the Venice Film Festival, close NYFF, and hit the U.S. on December 24. After a Spanish trailer, Sony Pictures Classics have started hawking his latest stateside—here emphasizing plot, scenario, incident over pure mood.

“With Madres paralelas, I return to the female universe, to motherhood, to the family,” Almodóvar said. “I speak of the importance of ancestors and descendants. The inevitable presence of memory. There are many mothers in my filmography, the ones that are part of this story are very different.”

Find the preview below: