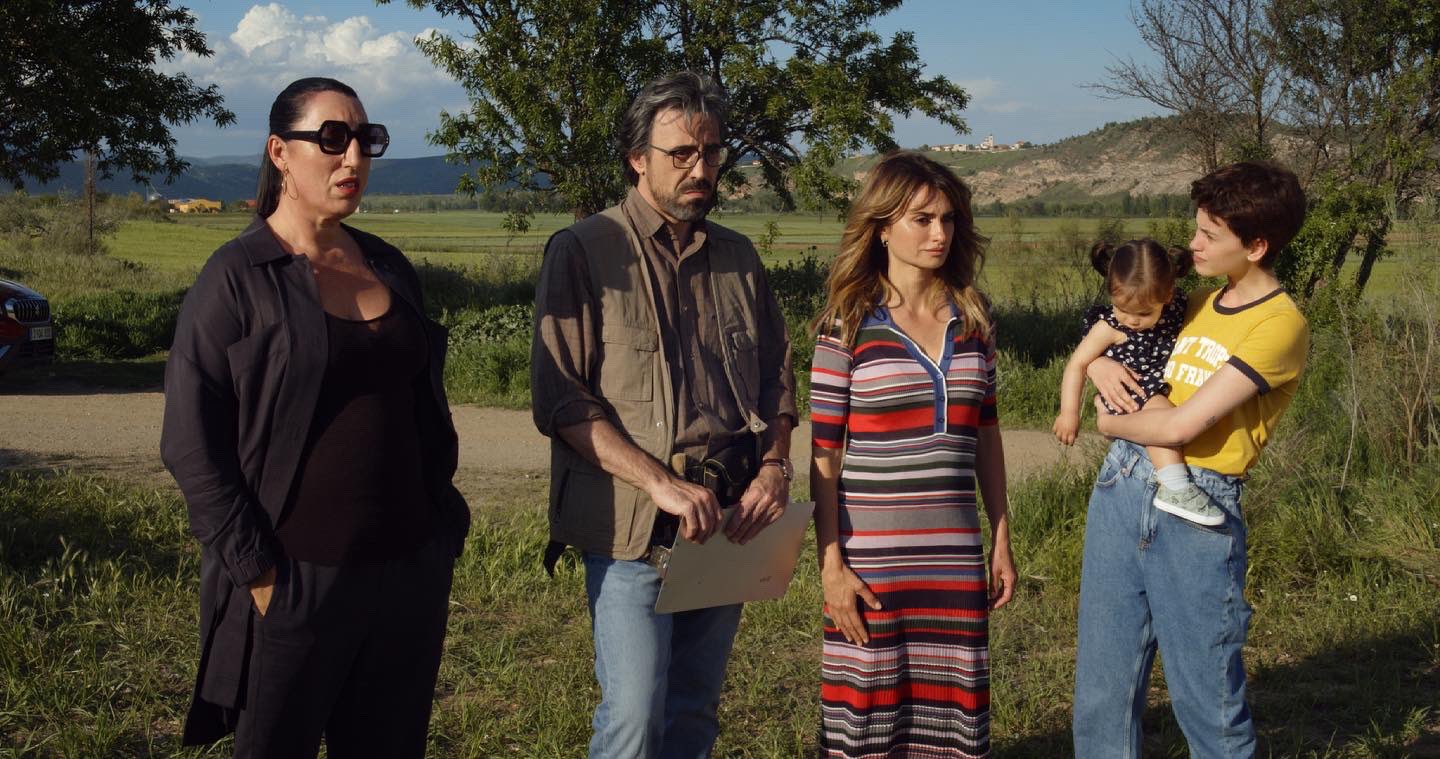 T. S. Eliot gave it a cryptic name in The Waste Land: “The Burial of the Dead.” Pedro Almodóvar has instructed his glamorous cast in Parallel Mothers to carry out just this, again and again with soil-mucked hands, in hypnotic and sometimes circuitous rhythm. Often a savvy master of charged symbols and double entendres, he would know that “dead” can be a metaphor and burials are seldom final. (Indeed, early in the film, a character relates a Blood Simple-ish anecdote about a man incorrectly thought dead, who escapes from a mass grave.) The intertwining thematic strands of motherhood and exhumed Spanish history battle for supremacy, maybe in an unnecessary fight to the death.

To bring to bear another familiar analogy often used in film criticism, Parallel Mothers is a film of promising ingredients sadly undercooked. It has that slightly stilted, over-heightened quality that characterizes Almodóvar’s weaker pictures, and, with a sting of disappointment, one can sense it from the opening ten minutes. There are tonal issues, awkwardly on-the-nose dialogue and plotting; the acting from leads Penélope Cruz and Milena Smit redeems matters with their expressive emotionality, and with the controlled discipline through which they put over their director’s convoluted writing.

This is a script that has had a long creative gestation period; by contrast, The Human Voice emerged writhing from the trauma of the pandemic, that gem of a film some of his most urgent work in years. A poster with the film’s exact title is spotted in the director’s self-reflexive 2009 effort Broken Embraces, with which this has unflattering aspects in common (although the almost-comically ornate flashback structure takes a rest this time). It’s undeniably well-meaning: stemming from a sincere desire to address the most fraught aspect of his nation’s civic history––the Spanish Civil War––whose aftermath produced almost 40 years of fascist rule. The weight of this tragedy is uncanny, and Parallel Mothers scans with the contemporary notion in Spain that its legacy and afterlife haven’t been properly examined. Silence abounds as the country now enjoys its relative liberal prosperity. But how trenchant can it be if the auteur himself tends towards the “apolitical,” as a key character in the film pointedly describes herself?

We begin with Janis (Cruz), a talented professional photographer, who—in the first of the film’s many pieces of fortunate happenstance—is shooting with the dishy forensic anthropologist Arturo (Israel Elejalde) for a magazine profile; Janis has been seeking a collaborator to help investigate an alleged mass grave where her great-grandfather, who fought on the Republican side in the war, rests. Janis and Arturo hit it off and begin a relationship that results in a pregnancy; Arturo cannot commit, with many excuses, but largely out of respect to his terminally ill wife.

Janis shares a pregnancy ward with the much younger Ana (Smit, giving a fine breakthrough performance); they bond through their artistic natures, but also through the lack of paternal presences. It’s a touching sequence with an optimistic aura, as it inaugurates a utopic, fully matriarchal vision of a nuclear family; Janis’s boss at work (Rossy de Palma), a surrogate mother figure, and Ana’s own single mother Teresa (Aitana Sánchez-Gijón) step into the ward with heightened, near-theatrical choreography.

So much then happens in the film’s succeeding 90 minutes, it’s a case point for the semantic difference between plot (its Wikipedia summary could encompass half the entry) and story. Plot can well be visualized as a grid or a chart, but storytelling flow is where a film’s emotions tend to lie, and here it only sporadically affects us as it should.

To return to the question of Almodóvar’s own politics: what he has discussed publicly is his discomfort with various forms of political correctness. He’s been accused by some critics of a dangerous inattention to this, even in his initial ’80s heyday. At times, the morally questionable actions of Cruz’s character feel refreshing; sadly, there are also references to the issue of Spanish ethnicity that will be creditably seen as offensive. Perhaps the best virtue of Parallel Mothers is providing a scabrous, unfiltered look into the mindset of this filmmaker, rather than the full reward of the end product—one who seems champing at the bit to express, to create, and maybe to profitably fail, in his late artistic years.

Parallel Mothers premiered at the Venice Film Festival and will open in the U.S. on December 24.