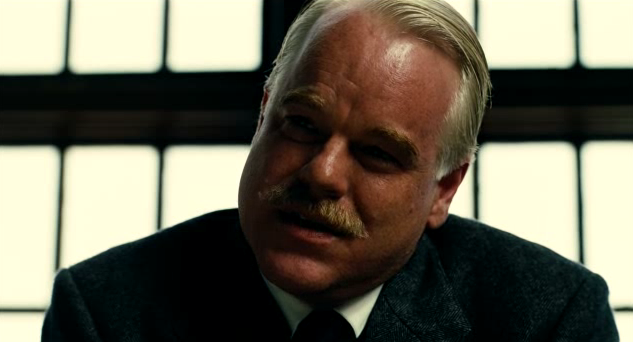 After a flood of enticing clips and a theatrical trailer (much of which doesn’t even show up in the actual film), we’ve got yet another look in the form of one last domestic trailer. With Paul Thomas Anderson‘s The Master arriving in just under three weeks, The Weinstein Company has let loose what is presumably the final theatrical trailer, shorter and sweeter than the last.

Anchored by Joaquin Phoenix banging against a window, we see more of his random relationships with women, as well as an expanded police encounter along with Philip Seymour Hoffman (which we saw briefly in the last look) and even a few additional shots.  There’s more new dialogue as well, but there’s nothing else needed to confirm we’ll be seeing this as soon as possible. Read our full review and check out the trailer below via IMDb.