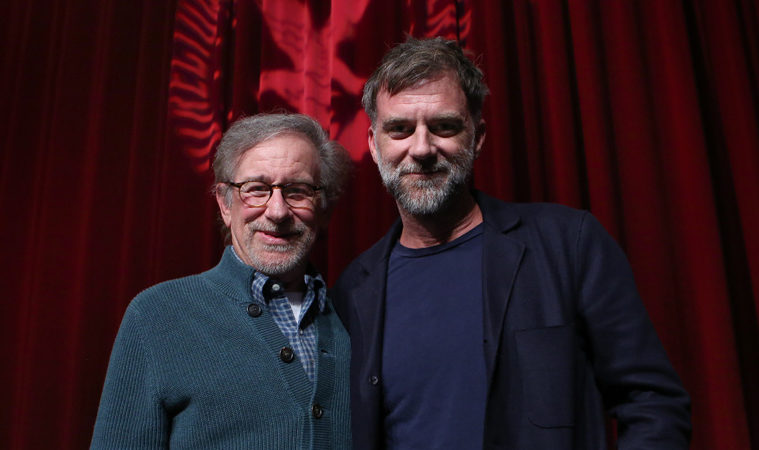 Update: Sources tells Deadline that a new iteration of FilmStruck is “in the cards,” but it may not launch until late 2019, when WarnerMedia launches a new package of streaming services. With that being an entire year away, the “outcry from filmmakers” may make things move a bit faster. It remains to be seen if WarnerMedia’s new streaming service would include their deal with the Criterion Collection, which is a major element of the FilmStruck library. Check back for updates and see the original story below.

In two weeks, FilmStruck will shut down–but not if Hollywood’s top filmmakers have their way. A cinematic haven the likes of which has never been seen before online–at least in legal form–the AT&T/Warner Bros. venture, in collaboration with the Criterion Collection, is a seemingly endless treasure trove of classic, independent, and foreign film. Its forthcoming shuttering is a death blow not only to anyone who loves the medium, but also as a vital piece of archival history.

A petition to save the service, now with more than 50,000 signatures (about half of FilmStruck’s userbase), can add a few more major names to the list.

Joining a conversation already started by Guillermo Del Toro, Barry Jenkins, Edgar Wright, Rian Johnson, Barbra Streisand, and more on Twitter, directors and actors including Paul Thomas Anderson, Christopher Nolan, Alfonso Cuarón, James Gray, and Damien Chazelle have banded together to send a letter to Warner Bros Picture Group chairman Toby Emmerich in a plea for the company to keep the service alive. The letter reveals that two more Hollywood heavyweights, Steven Spielberg and Martin Scorsese, have already been in talks with the chairman to save FilmStruck.

As we binge the rarities to be found on FilmStruck, read the letter below via Deadline while we cross our fingers that these influential filmmakers have some sway with greedy corporate overlords.

We know that Steven Spielberg and Martin Scorsese have been in touch with you and Warners Media Group about the demise of FilmStruck and have urged you guys to keep it going.

While it was not your decision, we would like to loudly echo their sentiments. The FilmStruck service was (IS) the best streaming service for fans of cinema of all kinds: classic studio movies, independent cinema, international treasures. Without it, the landscape for film fans and students of cinema is especially bleak. There’s a reason there was a huge outpouring from artists and fans over it being shuttered, they were doing the Movie God’s work.

We know one of the reasons that it has been shut down is because of an upcoming Warners streaming service, but really FilmStruck shouldn’t be a conflict of interest. In this day and age where there are dozens of platforms, curation of content is really important and FilmStruck was providing a service to both satisfy older fans of cinema and a younger generation of cineastes that will be making amazing movies long after we’re dead.

In an era of huge corporate acquisitions of cinema by communication companies- in a business that may render billions of dollars off a medium like cinema, we believe this is a gesture that is needed- a minuscule show of goodwill towards the preservation and accessibility of a tradition and a rich history that would benefit the public.

So we want to add our names to the petition started by Marty and Steven and want you (and Warners) to know that we feel equally strongly and would do anything to support the service being saved.

Update: A second letter has been sent backed by a new group of filmmakers, Deadline reports. Read below.

To whom it may concern at Turner and Warner Bros. Digital Networks:

Roger Ebert once said “the movies are like a machine that generates empathy. It lets you understand a little bit more about different hopes, aspirations, dreams and fears. It helps us to identify with the people who are sharing this journey with us.”

Though we live in a world with increasing ways to view content, the range of content and the variety of storytellers has remained, sadly, limited.

In its short two years of existence FilmStruck was a machine that generated empathy by curating not only classic Hollywood films, but by streaming and highlighting world cinema, cinema by female, traditionally disenfranchised, and LGBT filmmakers and storytellers. FilmStruck added a depth, breadth and richness to the viewing experience that had not previously been attempted, and may – fearfully – disappear permanently with FilmStruck’s demise.

We the undersigned respectfully ask Turner and Warner Bros. Digital Networks to please reconsider their plans for FilmStruck. While we understand that “business” has always been a part of “show business,” we would hope that if FilmStruck cannot be continued in its present form, it would be allowed to function until such a time as a suitable, and suitably robust, replacement can be launched.

We hope that Turner and Warner Bros. Digital Networks will pause to recognize what an extraordinary accomplishment FilmStruck is. Equally, we hope the powers that be will consider maintaining what has become a significant film site for true enthusiasts of the moving image.