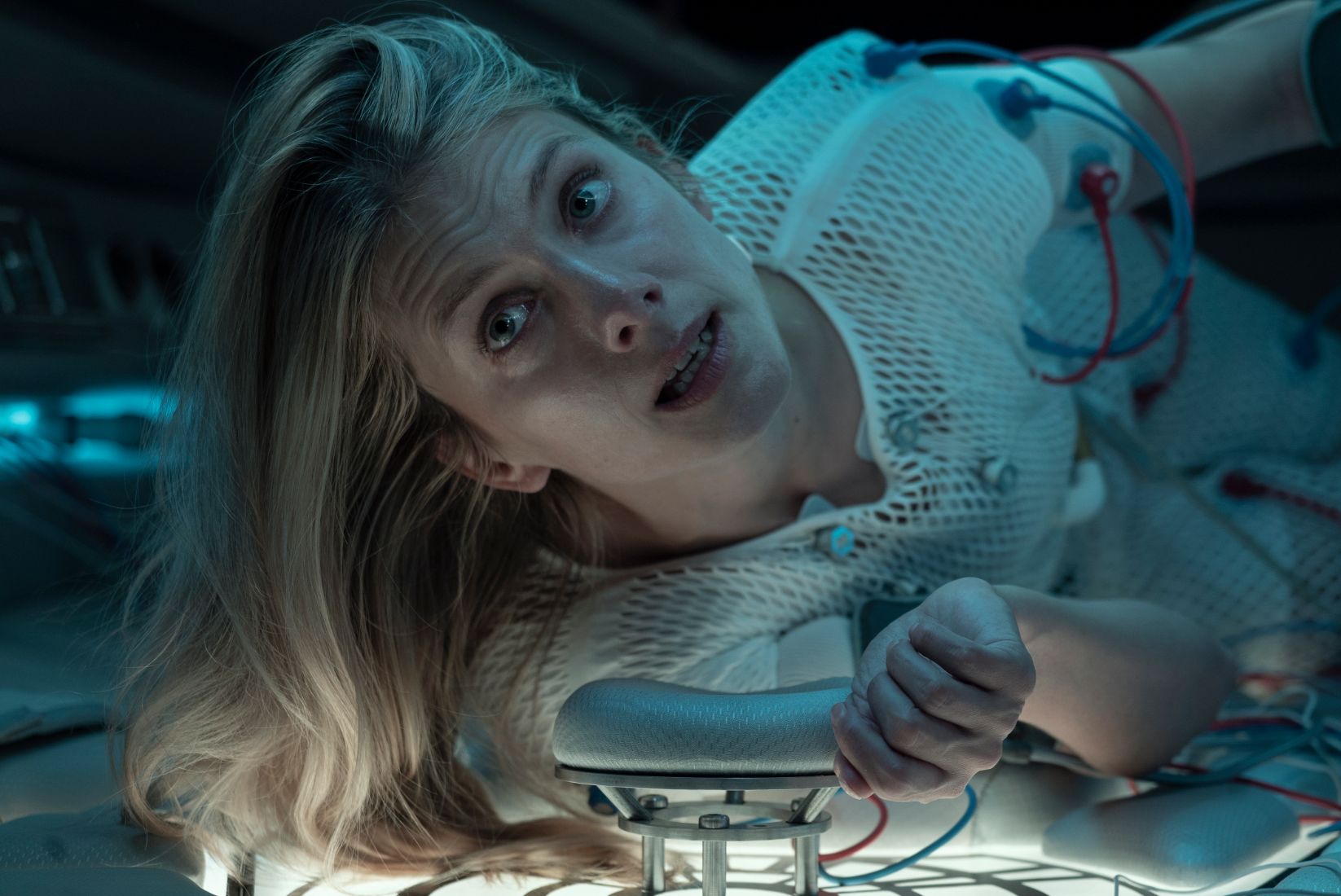 Single-location films can be considered something of a game between the creators and audience—beyond the way any bit of narrative could be considered a game between storyteller and audience. Walking into a movie knowing it takes place in one location, especially if that location is the size of a coffin-like cryogenics pod, one almost begins to make a list of questions for the director in their head. How will you justify any scenes that take place outside of the space? How will you build character or introduce new people into the story? How are you going to keep this interesting? If the writer and director and everyone else involved haven’t properly thought these questions through, the audience is out of luck.

Happily, that is not the case with Oxygen, the new single-location science fiction mystery thriller from director Alexandre Aja (Crawl, The Hills Have Eyes). Working off a tight, clever script from writer Christie LeBlanc, Aja has delivered a nail-biting, thought-provoking, fleet-footed film, the likes of which will shake even the most jaded and tired viewers out of any quarantine-induced stupor they may find themselves in.

Anchored by a typically committed and compelling performance by Mélanie Laurent (Beginners, Inglourious Basterds), Oxygen tells the story of a woman who wakes in a medical cryochamber that is suffering a potentially fatal malfunction. In less than an hour and a half, there will be no more oxygen in the capsule, and there is no way to open the capsule from the inside. Worse still, the woman has no memories of her life, a side effect of the cryogenic process, and no idea why she was in the pod to begin with.

Initially, it’s easy to miss how rich this concept is in terms of setting up both thematic and narrative twists and turns––of which there are many, not to be spoiled here. The conceit adds to the general race for a solution to a fatal problem, expanding the mysteries of who our protagonist is, where they are, why they are where they are, and even how long they’ve been there. All kinds of movie characters have woken up in all kinds of makeshift coffins, but the addition of the medical cryogenics twist adds layers of possibilities to ensure this isn’t another Buried.

The science fiction trappings also allow for a very strange kind of co-star for Laurent to play off of: MILO (voiced by Mathieu Amalric), the Siri-esque artificial assistant that can give Laurent the answer to any questions she may have… as long as she words them correctly. Yes, to the stress of being trapped in a small, unknown space for reasons beyond your knowledge LeBlanc has added also having to deal with the syntactical nightmare of having to word your questions properly in order to get a response from the iPhone that is your lifeline. This darkly comic idea, implemented as a means of both breaking and increasing tension, cultivating empathy, and engendering familiarity is typical of all of the intelligence and cleverness presented throughout the film.

Meanwhile Aja’s direction has never been more refined. Following the basement-dwelling claustrophobia of Crawl, Aja has chosen a story set a location even more constrained and anxiety-inducing for this go-around. Luckily, he’s got the chops to turn what could be a staid, torpid aesthetic into a lively, vital bit of visual art––rotating the camera, finding strange new angles, even working dollies and zooms in ways most might not think of. Plus, he and Laurent clearly have a fantastic working chemistry, and he knows when to use her physical performance and when to focus on her voice, never overloading the audience in a way that feels exhausting. Aja is the rare talent who exudes a level of kinetic fun, no matter how extreme the subject matter may get.

Coming off of over a year in quarantine, when a glut of lazy superhero films was replaced by a glut of dour awards bait, it feels like a breath of fresh air to get an engaged, well-crafted original story that has a bit of brains to go along with sheer entertainment. As the country slowly opens up and life begins to return to normal, it’s hard to imagine any forthcoming summer movie will be more perfectly calibrated to wake up the senses of a complacent audience than Oxygen.

Oxygen arrives on Netflix on Wednesday, May 12.