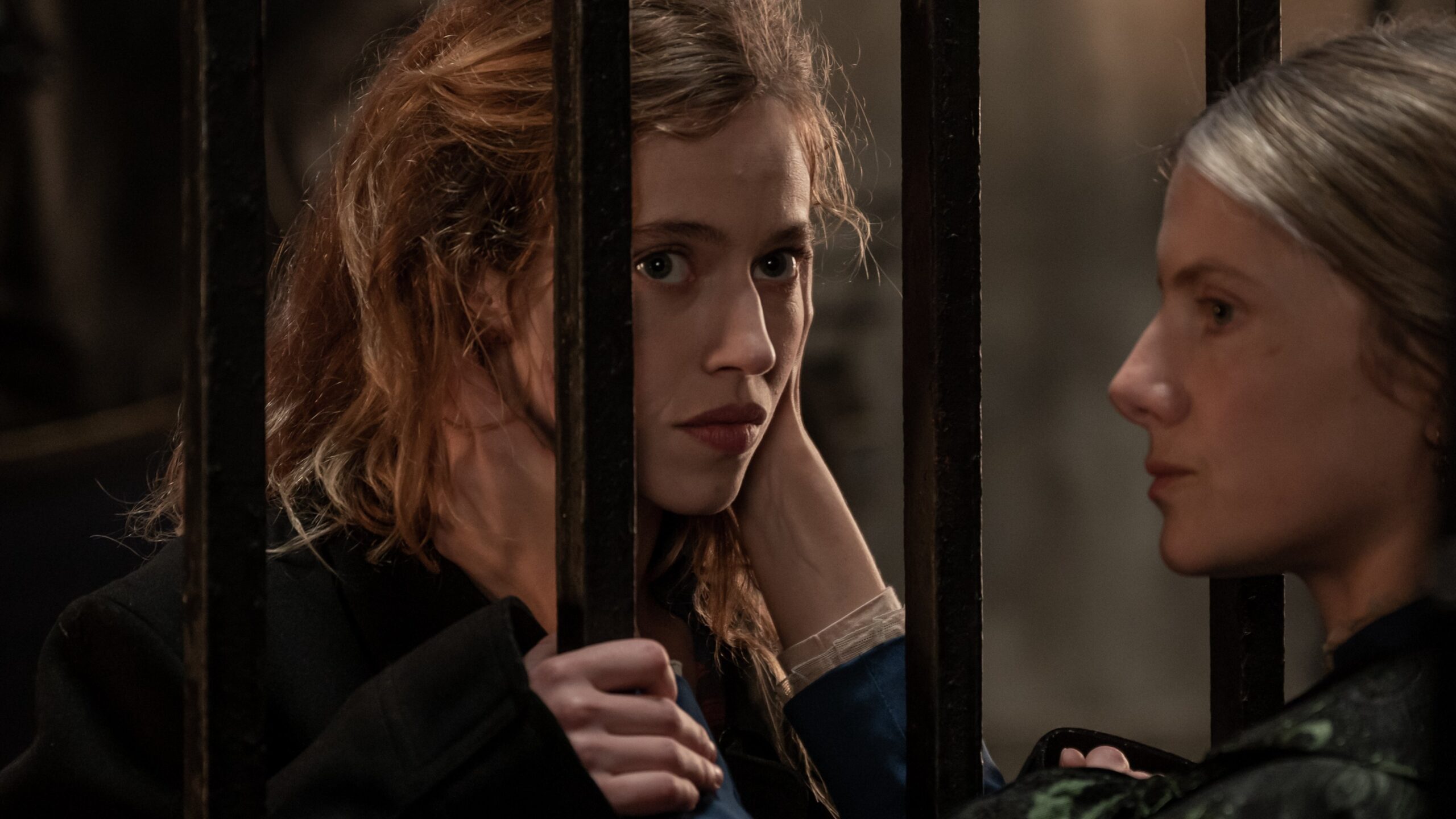 With the TIFF world premiere The Mad Women’s Ball (Le Bal des folles), Mélanie Laurent proves again to be an equal force in front of and behind the camera. There are the deeply memorable performances in Inglourious Basterds, Le Concert, Beginners, Enemy, and Alexandre Aja’s Oxygen. (The latter, a Netflix picture, was essentially a one-person show.) She also released a lovely album, En t’attendant, in 2011; the title track features one of the most positively glorious screams ever recorded. In the last decade, Laurent has directed six films—2011’s The Adopted, 2014’s Breathe, 2015’s Tomorrow (co-helmed with Cyril Dion), 2017’s Diving, 2018’s Galveston, and now The Mad Women’s Ball. Her latest is without question her most ambitious, finest film.

The Mad Women’s Ball is an inspired spin on a familiar trope—the individual institutionalized against her will. Two elements elevate this material, from a novel by Victoria Mas (about which more here). First is the setting: Paris 1885. The city reels from the death of Victor Hugo. His state funeral, an occasion that drew millions, opens the film. One onlooker is Eugénie, a young woman whose intelligence and love of learning are stifled by an overbearing father and encouraged by her loving brother, Théophile (Summer of 85‘s Benjamin Voisin.)

Led by Lou de Laâge––a young actor who’s appeared in a number of French films (including Laurent’s Breathe) and series––in an extraordinary performance, her turn marked by both subtlety and true range. In addition to her passion for poetry, Eugénie’s life is dominated by an ability to communicate with spirits of the dead. Laurent reveals Eugénie’s ability slowly and carefully, starting with moments of unexplained dread. These strange attacks grow more clear through conversations with Théophile: “Was it him again?” “No, it wasn’t him. I see others. They’re all different. For the last few days a young woman has been speaking to me. She’s suffering.” Laurent makes a very compelling, wise choice here: she never shows us the spirits Eugénie sees. It creates a legitimate sense of mystery and tension.

Eugénie’s spiritual encounters are emotionally, even physically devastating. But the real damage comes when she confides in her grandmother. Soon Eugénie is taken to La Salpêtrière, a clinic for women run by the neurologist Jean-Martin Charcot, whose work was centered on hysteria and hypnosis. As Eugénie discovers, it is a brutal, harrowing place, one whose inhabitants see their conditions worsened by its doctors. Still, she grows close to many of the women, including the sweet, improperly treated Louise (beautifully and heartbreakingly played by Lomane de Dietrich).

The most important figure on Eugénie’s side is a nurse—the only one she can trust—named Geneviève, played with wounded grace by Laurent. Some of Ball‘s strongest scenes portray sad rhythms of her life—the stress of her job, her quiet dignity, her stifled emotions, and strained relationship with her father. When Eugénie “speaks” to Geneviève’s late sister a bond is formed, one that stays strong even as Charcot and his minions attempt to break Eugénie’s spirit.

The ending, centered around the “Bal des Folles” at the clinic, is too tidy, but that doesn’t mean unsatisfying. In fact it’s a clever, tense conclusion whose impact is lessened if pondered too deeply. (It also fails to address the fate of one key character brutalized during the ball.) Despite several missteps from this sequence alone, its wrap-up showcases Laurent’s ability to handle multiple complex storylines. Not every director can pull this off; she certainly can.

The Mad Women’s Ball represents a noteworthy achievement for Laurent—a tremendously compelling, emotionally shattering period piece bearing at least three mighty performances from de Laâge, de Dietrich, and herself. It posits difficult questions. Why is it acceptable to believe in God and not spirits? If it doesn’t find answers, how could it? Instead the audience, like Geneviève, must decide if they believe Eugénie. Whether we do or do not, The Mad Women’s Ball is riveting.

The Mad Woman’s Ball premiered at TIFF and arrives on Amazon Prime on September 17.