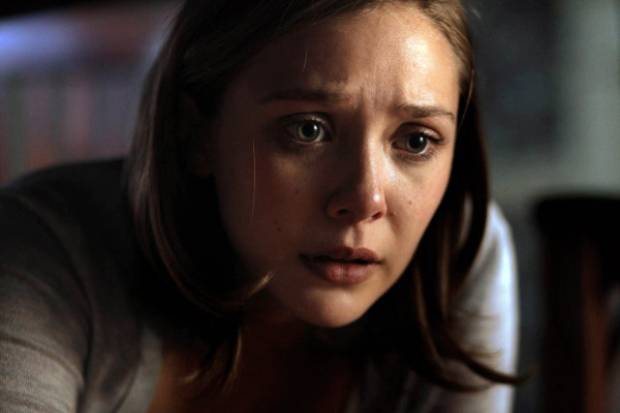 Early last year Silent House, an unusual horror remake, was picked up for $3 million at Sundance and slated for a vague 2011 release. Since then, the film’s lead actress, Elizabeth Olsen, burst onto the scene in the critically acclaimed Martha Marcy May Marlene. Now that star power is on the table, Open Road Films and Liddell Entertainment look to cash in with a fresh-set March 9, 2012 opening.

Co-directed by Chris Kentis and Laura Lau (the team behind Open Water), Silent House is pretty basic as far as horror stories go. Sarah (Olsen) is a young woman who has returned to her old family home with her father (Adam Treese) and uncle (Eric Sheffer Stevens) in order to fix it up and sell it. When they get there, strange and terrible things happen.

Silent House is not a basic horror movie, though. Like La Casa Muda, the Uruguayan film upon which it is based, House was filmed (or edited to look like it was filmed) in one single hour-and-a-half long take. While that seems like it’d be worth a watch just to see the technique, our early reviews from Sundance weren’t entirely promising, staying the film “fails to create that utter sense of hopelessness that was achieved so brilliantly in their debut film [Open Water]. Utilizing every horror trope and trick in the book isn’t enough for Silent House to capture a true sense of fear, making the film instead feel like a tapestry of cliches and gimmicks.”

I, for one, plan on seeing Silent House anyways, when it opens against John Carter, Playing the Field, The Raven, Think Like a Man, The Best Exotic Marigold Hotel and The Bully Project.

Would you rather see Silent House or La Casa Muda?