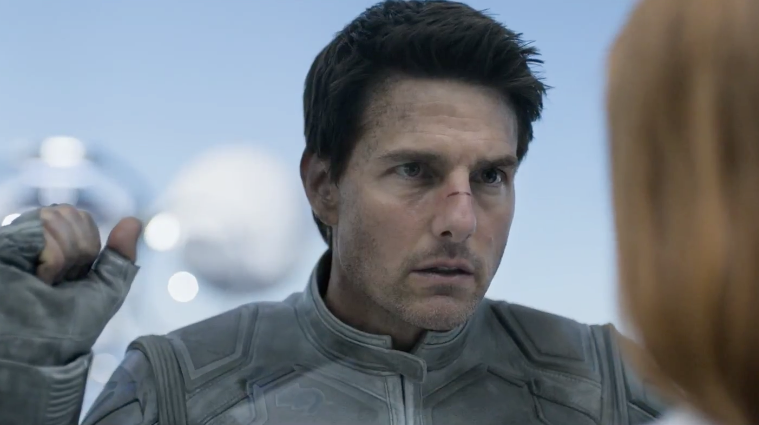 Following yesterday’s poster reveal, the first full-length trailer for director Joseph Kosinski‘s Tron: Legacy follow-up has landed. Exploring a less pristine environment than his last film, Oblivion sees the helmer on a demolished Earth, as Tom Cruise stars as a man who is gathering the last remaining vital resources from the planet.

Kicking things off on a dilapidated football stadium, I’m intrigued to see what Kosinski can do on a bigger scale here and as expected, his design elements are strong. With the help of William Monahan (The Departed, Kingdom of Heaven) and Michael Ardnt (Star Wars: Episode VII, Toy Story 3), hopefully the screenplay follows suit.

Check out the trailer below for the film featuring a score from M83 and also starring Morgan Freeman, Olga Kurylenko, Andrea Riseborough, Nikolaj Coster-Waldau, and Melissa Leo (via Apple):