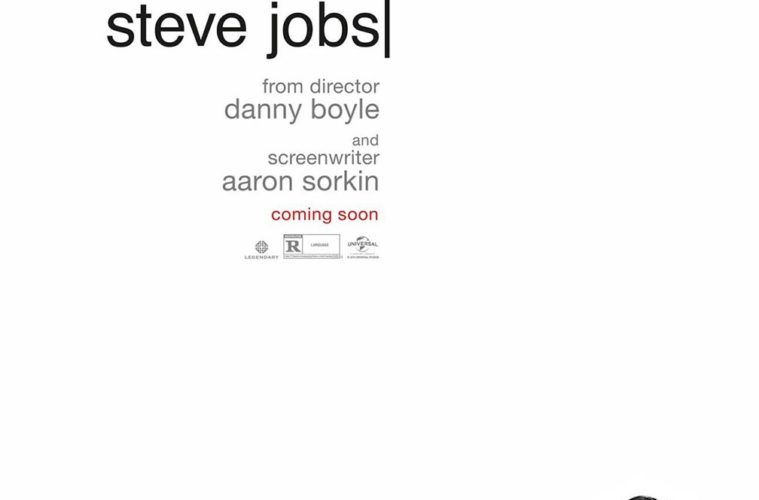 Taken as a straight-faced, just-the-facts account of one great man’s amazing achievements, Steve Jobs is a bit daft. For as much as the structure of Danny Boyle and Aaron Sorkin‘s biopic — divided into three sections, each set backstage right before a product’s announcement (those being the Apple LISA in 1984, the NeXTcube in 1988, and the iMac in 1998) — is receiving attention, that bit of pre-release hype, like all pre-release hype, should be questioned. To my mind, this is all a reductive bit of enthusiasm: what happens when anyone does anything different with the format, thus saving us from having to (gasp!) sit through “yet another biopic.” The reaction is premature, surely, but none too surprising. There’s a vocal and too-large section of viewers for whom the genre indicates that what they’re seeing — no matter the talent of its creators or the fascination that comes with its subject — is unquestionably an inferior product, singular components be damned.

Notwithstanding how close-minded this thinking is, Steve Jobs‘ errors become clearest when the film hews to an all-encompassing portrait rather than adhering to this snapshot template. Yes, the first act is 30 minutes of manic, real-time drama anchored by a product that yours truly (and likely you yourself) has never used, nor likely ever will, but Sorkin makes it so familiar. What we get from one minute to the next are platitudes, metaphors, speeches, declarations, the dramatic effects of outside forces — most notably Chrisann Brennan (Katherine Waterston), the mother of his illegitimate child, whose presence makes zero logical sense — and even early-day flashbacks that are conveniently positioned as triggered memories. By the time the 1984 segment has concluded, we know as much as any traditional picture would’ve inserted in the same amount of time, and with about as much grace as “biopic” would make detractors expect.

But Boyle — and maybe Sorkin, though the domineering Sorkinese makes it hard to surmise — is doing something smarter, even outright subversive. About halfway into the movie’s second act, itself around Steve Jobs’ halfway point, the convoluted, sometimes outright hackneyed pieces start forming a larger picture, one that, in structure, formal tempo, and Daniel Pemberton‘s Glass-aping score, is not at all unlike Paul Schrader’s Mishima: A Life in Four Chapters. Bit by bit, there’s an accumulation of signifiers that what’s being staged is less a by-the-book recounting of significant events than it is a full-blown trip through — and, by extension of the medium through which we’re experiencing it, projection of — one man’s troubled subconscious.

If it isn’t this, the oddities of its approach would be inconsistencies and incompetence, a sameness that rarely pays off. Characters who have no business appearing — e.g. the same journalist (John Ortiz) who’s been sent to cover each launch — make their presence felt. Confrontations that people would never raise at this point in time inevitably arise, forcing Jobs to defend himself for the same selfish actions time and again. The same problems — something doesn’t work or isn’t up to its fullest capabilities; Steve Wozniak (Seth Rogen) wants credit for past innovations; his daughter is, in order of appearance, naïve, scared, and spiteful — emerge in each chapter and echo each other. (After the third, final argument with Wozniak, he says, “It’s as if, five minutes before every launch, everyone goes to a bar, gets drunk, and tells me what they really think.”) Perhaps most damningly, his audiences are a faceless, noise-making, unthinking mass who appear ready to accept everything he sells them. (I thought this could be an homage to Triumph of the Will, but I doubt any involved parties would ever own up to that.) If positioned as a traditional formal depiction of one man’s experience, it seems indecisive about the extent to which its prick of a protagonist was also a decent human being, and what’s most compelling here is figuring out where the movie wants to go — compelling, but not satisfying.

Seen outside the realm of literal drama, and instead taken as tumultuous pieces of Jobs’ mind — an entity always at war with the equal recognition of his successes, possible failures, and transgressions — these tools finally serve their purpose as ingredients for crackling drama. Not that it’s always surprising. Sorkin’s dialogue is what all accustomed viewers have completely come to expect; how much you can tolerate the aforementioned qualities when applied to real people, repetition as a dual means of setting comedic tone and underlining character psychology, is up to you by this point. (It’s certainly a rebound from the righteousness and flat-footed quality of The Newsroom. Its finger-pointing looks inward; this is a movie of righteous judgement, never one of indignation.) Notwithstanding awkward cutting that occasionally hampers momentum and spatial coherence, Boyle shoots the strictly scripted material in a fairly straight-ahead manner, following dialogue-firing actors down hallways during especially hectic moments (the Sorkin walk-and-talk is in full effect here) or having them stare one another down in well-paced two shots. The fun is with Jobs‘ in-between.

The shotgun-spray stylings of his last few features have mostly been retired — one wonders how much the excision of Anthony Dod Mantle and return of Sunshine DP Alwin H. Küchler was an influence — and the flourishes that stand out are indeed more subjective. Steve Jobs has a greater moment-to-moment concentration, however blunt the emotional palette or on-the-nose the arguments, and when its visual storytelling works to serve a larger thesis, the picture becomes something certifiably original. An early, ostentatious cut to exit signs serves as a signal of Jobs’ crumbling ambition; news broadcasts touting his return act as a symphony of his self-mythologizing, ego, and need to be better than others (following a buildup of decade-spanning exposition, they’re eventually cut together to only exclaim one thing: “Steve Jobs!”); and a projector flare-out, Two-Lane Blacktop style, ends the last segment to be shot on film, the conclusion of a “physical” era signaled by digital noise and voiceover touting the promises of new camera technology that introduces Jobs at his oldest, grayest, and clearest-minded. To match its trio of segments, Steve Jobs is shot on 16mm, 35mm, and digital formats for its 1984, 1988, and 1998 segments, respectively. These palettes aren’t just an aping of each period’s aesthetic, though they (generally) succeed at achieving that; rather, the increasing stability and clarity signals a progression of emotional stability and peace with one’s inner self.

At the center of this business is, of course, Michael Fassbender, who’s somehow hardly convincing in an immediate sense, physically or vocally — a smidge too handsome and too muscular for a developer (sorry, guys!), always too pointed in that nay-sul accent covering the Irish brogue — but fully compelling in a materialization of Jobs’ ego and anxiety. Where he understands Jobs best is building a figure who can be detected even during the rare occasion when his face isn’t onscreen. His tics and behavioral patterns become so embedded that the man earns a certain omnipotence — the sort of presence that’s exactly right for someone who is always thought of, feared, and seen as someone who should be pleased. There’s surprisingly little else to say about the rest of the cast — outside questions of what’s happening with Kate Winslet‘s American-here, Polish-there accent — mostly the result of being subject to a uniformly strong handling of material that is itself a bit too single-minded to begin with.

Indeed, Sorkin’s typically strange sexual politics return — Chrisann is positioned by Jobs as a money-grubbing hussie, and, aside from a proper chastising over some churlish comments, does little to alter the narrative on the former front — as does his need to ensure everything is communicated via “naturalistic” interactions. (Part of a visually dense psychological portrait or not, sometimes exposition is just exposition.) Most emblematic of these issues is a climactic father-daughter confrontation, about which the less said the better. It may, too, act as a clear externalization of Jobs’ inner turmoil — consider the out-of-focus, silent extras who simply stand still as others argue in a hallway, or the hanging advertisement showing Bob Dylan, whose lyrics and music are earlier used as an externalization of his rebellious streak and romantic center; like his daughter, he’s by now been stripped of complexities and reduced to a symbol — but the hackneyed resolution (the iPod began materializing after he saw her carry a clunky walkman?) does no favors to anyone involved, least of all an excellent Perla Haney-Jardine as the increasingly put-upon Lisa Brennan-Jobs. (Between Steve Jobs, Spider-Man 3, and Kill Bill, the young actress has already cornered a market playing the offspring of doomed relationships.)

Consider it all the more satisfying, then, that the very last stretch redeems the heart of Boyle and Sorkin’s vision. The glances between father and daughter as he goes on the stage and greets that unseen mass — a cathartic moment we’ve already been robbed of twice over — could very well read as hackneyed on the page, but Boyle and Küchler frame and light the moment to give both figures an equal visual footing, saving its final seconds for his final act of selflessness — one man’s concession, even sacrifice of domineering presence. These people have finally stopped talking, the well-worn points of argument silenced in favor of a rapturous response. Even when taken with admiration more than love, this closing note does much to summarize, burgeon, and solidify the uniqueness of a collective achievement.

Steve Jobs played at the New York Film Festival and will being a limited release on October 9 before opening wide on October 23.