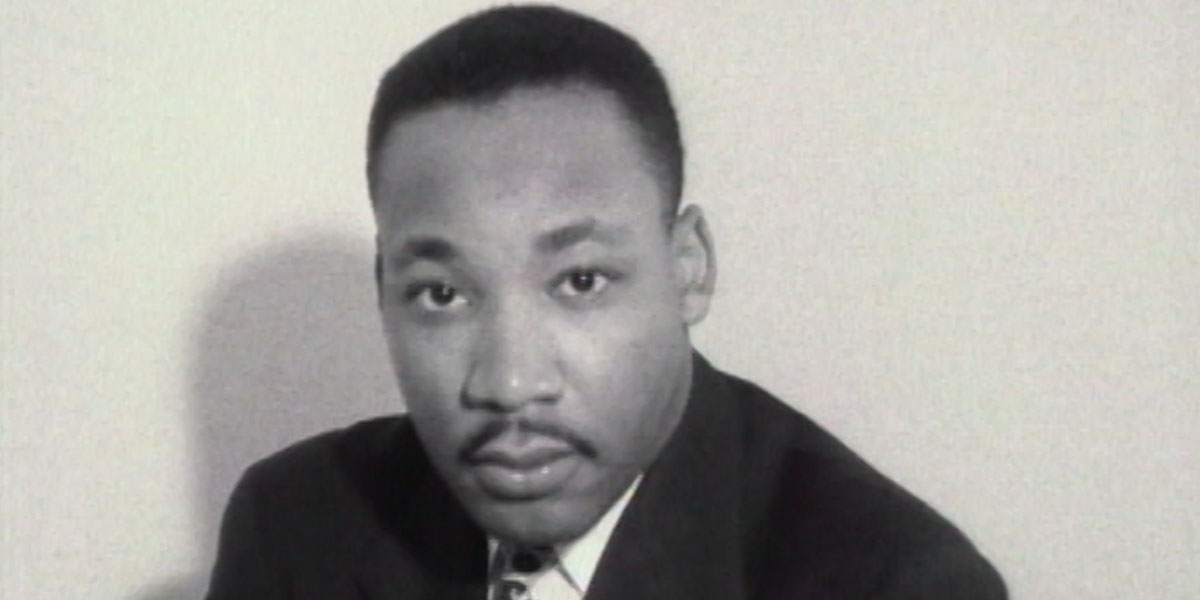 MLK/FBI shows the lengths J. Edgar Hoover’s FBI went to “neutralizing King as an effective Negro leader,” according to a bureau memo from 1963. Sam Pollard’s concise new documentary wrestles with King’s legacy as a Black Christian-pacifict freedom fighter and philanderer. If the last noun makes you tense up, the documentary is doing its job. The FBI’s ruthless campaign to discredit MLK Jr. with dirt on his affairs is at the center of Pollard’s story. It poses two questions: do King’s affairs discredit his legacy? And was J. Edgar Hoover’s FBI acting outside the bounds of the law, or as an apparatus of the political order? Using research from David J. Garrow, a Pulitzer Prize-winning biographer of Dr. King, testimonials from King’s inner circle, and recently declassified FBI documents, MLK/FBI shows––despite the FBI’s best efforts––the substance of King’s legacy is not his affairs, but his righteous cause for equality.

Intertwining the historical threads of King and Hoover without on-screen interruption from talking heads, Pollard covers Hoover tracking King’s extramarital affairs, and we learn how King and associates responded. Without much extraneous interpretation from the director, the story is compiled from scanned documents, television clips, and archive footage. Pollard approaches the material as a meticulous journalist unveiling a history covered in secrecy, but doesn’t sensationalize the story. History is damning enough of an argument to question Hoover and his intentions for tracking King. Did he try to expose the minister’s sexual proclivities because it would discredit the Civil Rights Movement? Possibly, but not even his own sexuality could discredit Hoover. There was information available about the bureau director’s own homosexuality that was lampooned by political cartoonists. As a kid growing up in the ‘90s, I even remember watching The Simpsons parody Hoover’s crossdressing.

If neither men became sidelined by their sexuality, Hoover’s preoccupation with King is something worth contemplating over. Was he intrigued by the myths created to scare and titillate white suburbanites? Hoover reinforced a view that Black men are natural sexual predators by collecting years of information on King’s sex life and leaking stories, but mostly holding onto what he found. Teasing his findings allowed public imagination to run wild. Hoover revealed himself to King by mailing him tapes of the affairs and included a letter telling the minister to kill himself. But Hoover’s revelations weren’t a surprise to King’s inner circle; his contemporaries knew he was unfaithful to Coretta. More than anything, Hoover’s behavior revealed he was a voyeur who held his subjects like prey instead of objects of desire. In short, Hoover perverted a kink and stripped it of sexuality; transforming it into political subterfuge.

Pollard’s documentary is powerful because it shows that, no, extra-marital affairs did not discredit the Civil Rights Movement, but Hoover’s actions cast a long shadow over the FBI––no matter how righteous their causes today appear (in their own eyes, anyway). There were no reforms and no one who attempted to ruin King’s life was prosecuted, exactly because they were doing the job tasked to them by Lyndon B. Johnson when his relationship with King grew sour. Without the ability to truly know, the documentary hints that Hoover taunted King’s sexuality because he had to manage his own. This is not condoning MLK cheating on his wife, but one can sense some jealousy in Hoover that King didn’t have to police his desires just to keep his job. However, this is still all speculation because even Coretta said in her autobiography that she didn’t believe King cheated on her. What we do know is J. Edgar Hoover spied on Martin Luther King Jr.’s sex life with the blessing of the United States government, making his voyeuristic predilections an extension of the government that was just as incredulous of Black male citizens in the 1960s as they are today.