NYFF Review: Heinz Emigholz Humorously Explores the Past, Present, and Future in The Last City & The Lobby 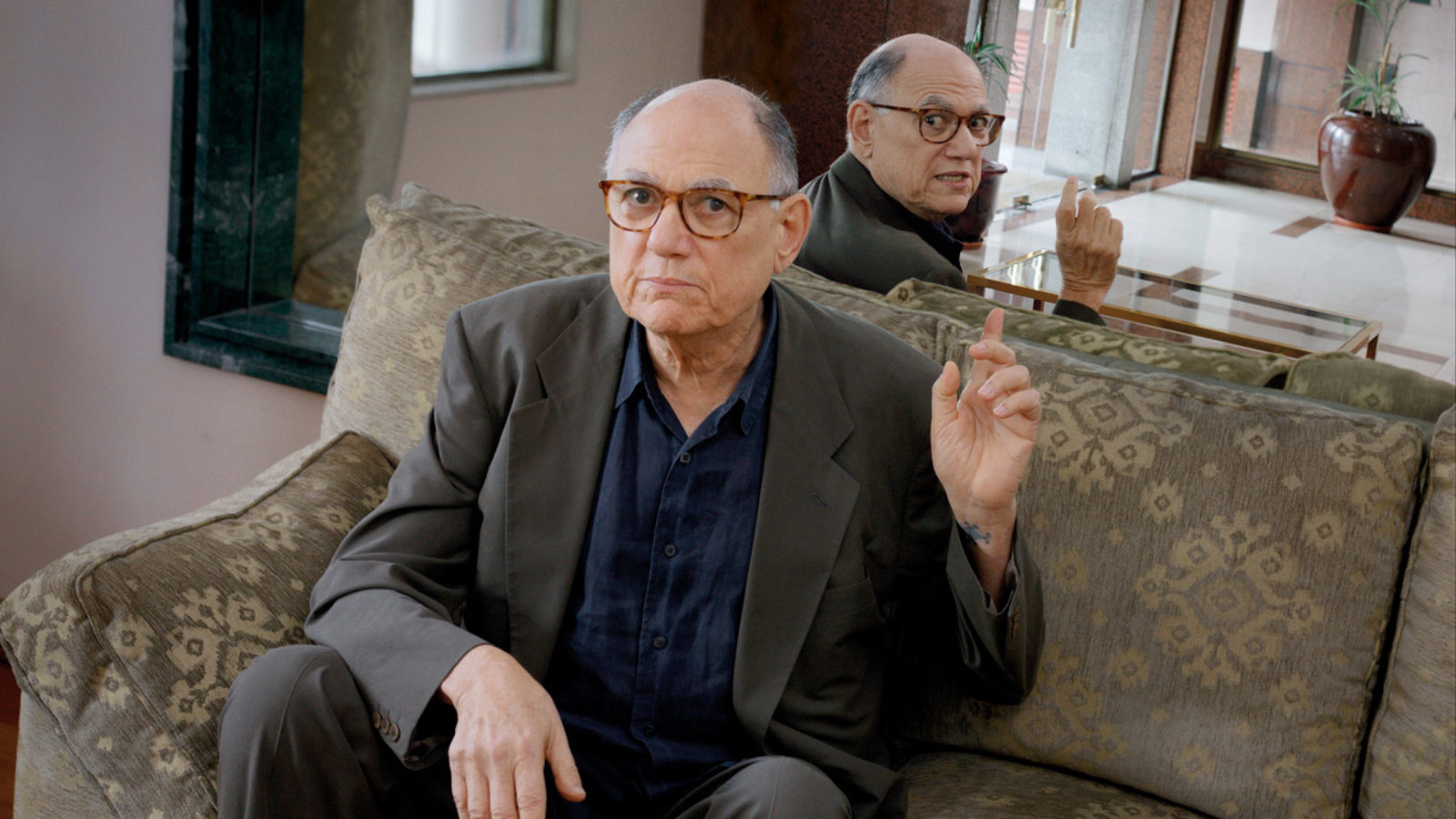 Canadian novelist and playwright Robertson Davies once compared the continuity of a reader’s relationship to literature to that of architecture transforming in appearance with the rise and fall of the sun: “A truly great book should be read in youth, again in maturity and once more in old age, as a fine building should be seen by morning light, at noon and by moonlight.” Davies’ refrain resounds throughout watching The Last City and The Lobby, the latest films from veteran experimental filmmaker Heinz Emigholz. Although each can be viewed as standalone, their thematic and formal ambitions are best realized as two parts of a larger whole––a concept expressed therein by the films themselves.

Best known for his series of films that seek to convey the ontological relationship between architecture as artistic expression and its functionality as traversable infrastructure, Emigholz continues to explore these career-long preoccupations while deconstructing the essence of certain conventional storytelling techniques in cinema, particularly performance, dialogue, and voiceover. The Last City takes place across five metropolitan hubs: Be’er Sheva, Athens, Berlin, Hong Kong, and finally São Paulo. As the film’s title might suggest, Emigholz weaves these distinctive cityscapes into one broad tapestry, frequently alternating locales over the course of a single conversation, even cutting mid-speech from one to another. The ultimate impression is that of a theoretical atemporal relationship existing between these locations separated by thousands of miles, that the discourses on love, war, and collective consciousness throughout the film pertain not to where exactly each individual scene or angle is shot but to a grander, seemingly cosmic notion of global human connection, an idea aided by the film’s unique approach to performance and characterization.

The Last City features a number of characters, played by Emigholz regulars such as John Erdman and Jonathan Perel (both having previously appeared together in Emigholz’s Streetscapes), although to suggest these “characters” exist beyond their roles as ciphers for larger ideas such as war crimes, racism, and modern crises of identity would be akin to missing the forest for the trees. By that same token, however, to reduce them to only those ideas is similarly a misnomer. Jonathan Perel’s psychiatrist-turned-weapons designer and John Erdman’s filmmaker-turned-archaeologist serve as the Rosetta Stone of the film’s variance on time and identity as these characters are eventually played by other actors of different ethnicity and even go on to transform into seemingly new characters entirely. For example, Perel’s character eventually becomes a cosmologist in Sao Paulo, conversing on extraterrestrial life with a German woman (Susanne Sachsse) who dreamt she was Japanese and was previously in the film’s subjective timeline accosted for Japanese war crimes, an accusation leveled at her in Hong Kong by a mother figure (Dorothy Ko) who was originally established to have been living in Berlin. The spatio-temporal dislocation and logical discombobulation of continuity brought on by the use of dual roles uncannily express an underlying condition of postmodernity and globalization: the boundaries between the self, the other, and the collective, are becoming increasingly difficult to distinguish and thus, in theory, are increasingly interwoven.

Emigholz and co-cinematographer Tim Beckmann craft exquisitely striking compositions that reflect the stoicism of Emigholz’s prior documentary work however the film’s complex editing structure complicate these seemingly sleek and benign images, in the same way the atrocities and horrors visited upon the film’s numerous locales and multitudinous characters from the past leak into the depiction of the present. Shots and settings, particularly the Negev desert in Israel, are revisited throughout, albeit with variations on time of day, weather, and context. Recontextualization and repetition of imagery, themes and viewpoints are continuous throughout the runtime, giving the film’s theoretical atemporality a formal parallel. Emigholz often intriguingly subverts the formal rigor of his documentary work––which meticulously conveys the sense of developing a spatial relationship to a building or architectural work akin to actually being physically present in those spaces––to instead convey a continuity through discontinuity. That is to say, a continuum of spatio-temporal relationships is established by the film’s subjective perspective despite an extra-diegetic awareness that these sequences are logically inconsistent, a remarkable feat of editing that aids the film’s sense of hyperreality and causes the film’s very constructedness to feel wholly unique.

The Lobby also stars John Erdman as he delivers a monologue that lasts the majority of the film’s 76-minute runtime. The character he plays, simply credited as “Old White Male,” is consistent. However, much like The Last City, the locations he inhabits as he explicates on ideas similarly present in City (death, consciousness, civilization) continuously change, each a different hotel lobby existing in Buenos Aires. While not narratively connected to City, The Lobby is a necessary companion piece that distills many ideas from City into an impressive one-man display and generational critique. Heinz Emigholz’s dual releases this year plunge the filmmaker deeper into more narrative territory although to say this makes them any less experimental is erroneous. Curiously, it only makes his tried and true approach to physical landscapes more complex. Both The Last City and The Lobby, while not exactly strict portraits of the settings featured within, are fascinating and often very humorous explorations of this critical moment in history. Not a moment isolated to a specific time, place, or context but one that is a confluence of past, present, and future.

The Last City and The Lobby are now playing at the 58th NYFF through Tuesday, October 6.