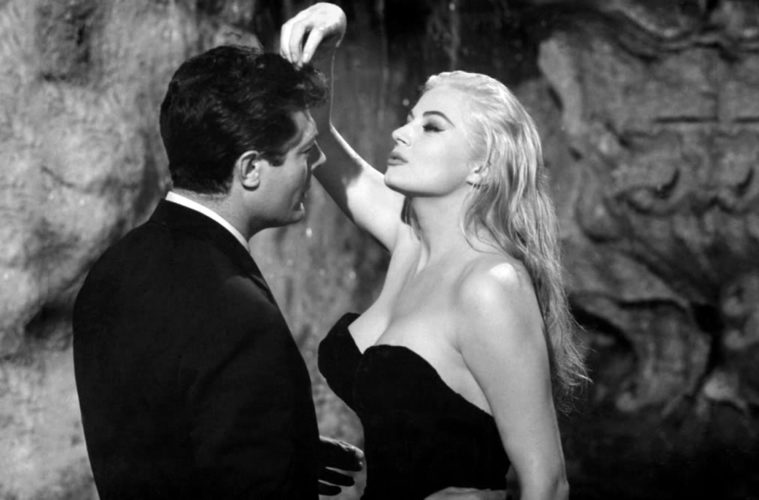 The extremely exciting “Black & White ’Scope: International Cinema” begins its run with The 400 Blows on Friday, La Dolce Vita on Saturday, and a print of Andrei Rublev on Sunday.

“This Is Celluloid: 35mm” brings pictures from Lang, Ford, Walsh, Corman, and more.

“Titanus: A Family Chronicle of Italian Cinema” concludes this weekend with Antonioni, Argento, and more, all on 35mm.

Tony Scott‘s The Hunger can be seen before noon.

For “The Works: Jeff Goldblum” and “June Midnite: Cronenberg,” catch The Fly at midnight on Friday and Saturday. The former series also brings brunch screenings of The Life Aquatic with Steve Zissou before noon on Saturday and Sunday.

Rocky IV, for “May Brunch: Cold War,” plays around the same time as the Anderson picture. All of these showings are on 35mm.

The Apu Trilogy has been held over.

Guys and Dolls plays on Sunday.