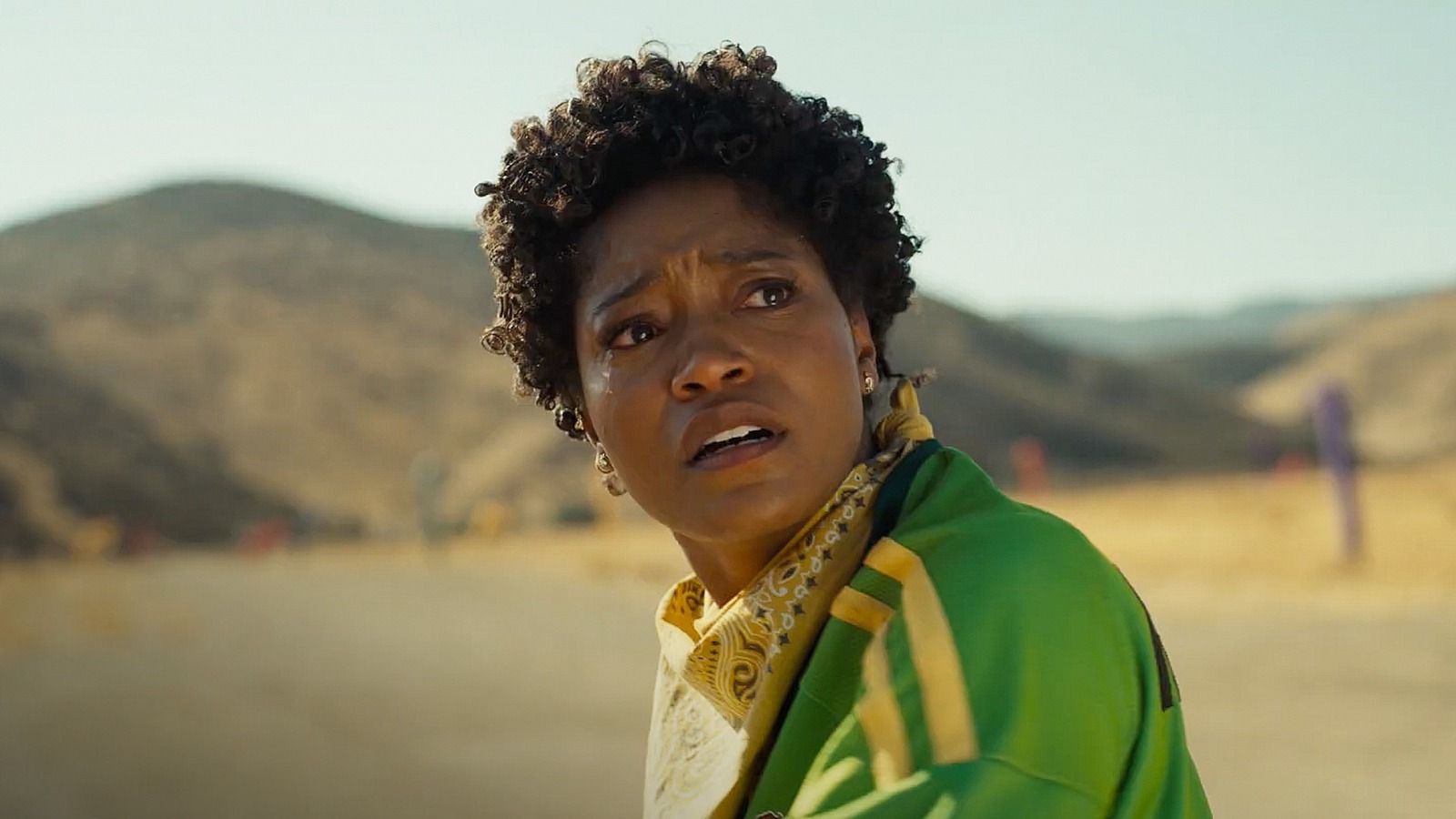 Only two films have cemented Jordan Peele as a formative voice in contemporary horror, Oscar winner, and rein-puller for one of the biggest properties in science fiction, The Twilight Zone. Although Nope likely aims for the heights of his first two horror ventures, its blend of Buffalo Bill and Buck Rogers aligns more with his Rod Serling proclivities. This is grand sci-fi showmanship with a social conscience, but its biggest shock is that Peele may be more invested in the former than the latter. In a refusal to rest on laurels he takes a big swing on a larger canvas.

With their father’s Hollywood horse-training business on the rocks in the wake of a family tragedy, siblings OJ (Daniel Kaluuya) and Emerald Haywood (Keke Palmer) find themselves at odds with both the industry they inhabit and the ranch they inherited. OJ wrestles to keep things afloat through dealings with local showman, former child star, and all-around huckster Ricky Park (Steven Yeun). Emerald has her sights on 15 minutes of fame, angling for it through any hustle—side or otherwise—that she can. Enter Nope’s main attraction: an extraterrestrial force plaguing skies above the Haywood’s ranch. Thus the two siblings set out to get a money shot of the “bad miracle” that hovers overhead in hopes of cashing in. Which, thematically, is top of mind. Invoking a name like OJ and the palate of the fictionalized American West, Peele garnishes Nope with notions of how we’ve continuously sought to mythologize or sensationalize tragedy and atrocity for a monetary gain.

If his alien-invasion thriller by way of Ace in the Hole clearly isn’t short on ideas, it seems Peele’s social commentary has gotten slightly broader with each consecutive film. That could be construed as a lack of focus or slump in mastery; Nope feels like proof to the contrary. The characters inhabiting this sci-fi spectacle are given just enough dimension to warrant investment. The relationships may seem slight, but Peele lays enough groundwork to better focus on honing new skills at a grander scale. Results are well worth that tradeoff—he’s evolved into an all-around better director. Here is Peele’s full-throated announcement of his arrival at blockbusters.

Set pieces are handled with utmost care. Having already perfected a sense of timing in more controlled environments with his first outings, Peele sets his sights on the vastness of space. Hoyte van Hoytema’s camerawork hugs our heroes’ shoulders as they scan the sky, crushing them with wide open air. Like a wild stallion, each sequence of extraterrestrial dread is trained to a breaking point. And the soundscape is sublime, designed with attention to both echoes of the void above and an unsettling stillness. Michael Abels’ score evokes just enough James Newton Howard for this to play like Jordan Peele’s Signs, but not so much to cry outright plagiarism. From scene to scene Nope uses all in its employ to make us squirm, counting on both effective UFO tropes and a few new bits of nightmare fuel straight from Peele’s diary of wrenching imagery.

All these sequences rest on his cavalcade of characters, which doesn’t run deep, but decidedly strong. Peele’s reteaming with Daniel Kaluuya particularly plays like a no-brainer: there’s a meekness in OJ that’s carefully balanced with boiling frustration, a quiet mixture that might have read as half-asleep in a lesser actor’s hands. Keke Palmer also handles herself beautifully. There’s a whole minefield where Emerald could have been reduced to grating antics, but Palmer plays the ne’er-do-well younger sibling with such winning bravura that she’s easy to root for. Joining them as a diva cinematographer is veteran character actor (and always-welcome face) Michael Wincott. As ever, he adds a salty bit of spirit here. What’s more, Peele seems to dare the cement-voiced Canadian into putting his trademark pipes on the most joyfully silly bit of the script. In what might be Peele’s most Shyamalan-esque stroke, Brandon Perea rounds out the ensemble as a Fry’s technician-turned-paranormal-sleuth. Nope’s general willingness to try just about anything that seems off-kilter allows this undeniably goofy role to fit.

Its general big-tent mentality somewhat undercuts an otherwise satisfying summer outing. Peele’s backlog of inspirations and creative desires is likely a phone book-sized tome; Nope plays as an attempt at wrangling more than a few of them, a bit of a no-bad-ideas ethos that offers up a slew of clever notions without fully following through à la the previous films. The side effect is a set of motley aesthetics and ideas that don’t hang together as neatly as one might want, but nevertheless prove wholly compelling in their own right. In spite of this, Nope’s disparate eccentricities are enough of a foundation, however stitched-together, for Peele to exercise the cosmic cinematic ambitions at which he clearly excels.

Nope opens in theaters on July 22.