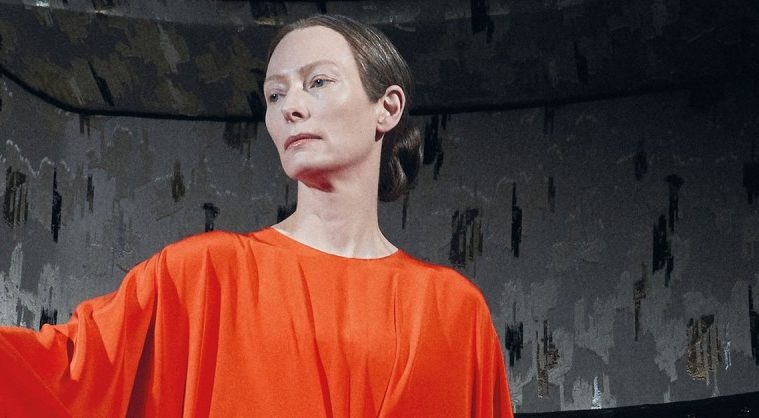 While it might be arriving first, Gaspar Noé’s Climax isn’t the only film set in a world of dance gone wrong this fall. Coming off his tender romance Call Me by Your Name, Luca Guadagnino is switching gears in a major way for his follow-up, a remake of Suspiria starring Dakota Johnson, Tilda Swinton, Mia Goth, Lutz Ebersdorf, Jessica Harper and Chloë Grace Moretz. Featuring a score by Radiohead’s Thom Yorke and clocking in at a massive 152 minutes, Amazon Studios has now dropped a new trailer.

“This is a really big statement, but this is the closest to modern Stanley Kubrick I‘ve ever seen,” Moretz said at the Provincetown Film Festival (via IndieWire). “You’re put into a world, which I can only describe it as being like The Shining in a lot of ways, where you’re just encompassed in a filmmaker’s brain and you’re just implanted in there, and there’s nothing like it that you will ever see.” High praise, indeed.

To increase one’s excitement, Suspiria was recently given an R rating “disturbing content involving ritualistic violence, bloody images and graphic nudity, and for some language including sexual references.” Ahead of a Venice premiere, see the trailer and set of character posters below for one of our most-anticipated films of the fall.

As a darkness builds at the center of a world-renowned dance company, its artistic director (Swinton), a young American new to the troupe (Johnson), and a grieving psychotherapist (Ebersdorf) become entangled in a bloody, sighing nightmare.

Suspiria opens on October 26 in NY and LA and epxands nationwide on November 2.