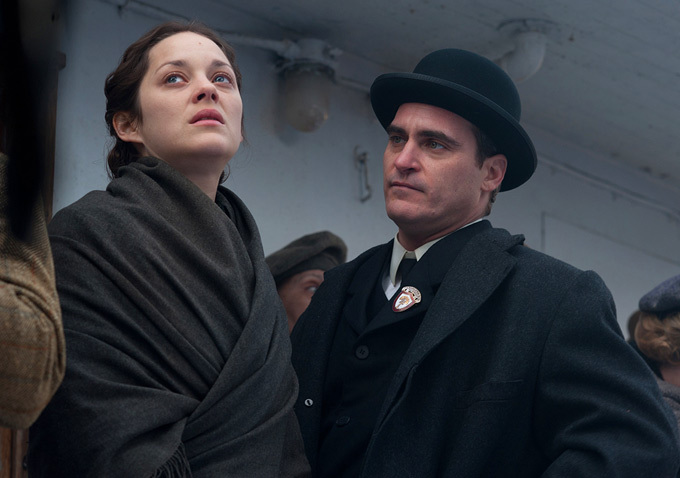 New to Streaming: ‘The Immigrant,’ ‘Noah,’ ‘Manhunter,’ ‘The Congress,’ ‘The Master,’ and More Like many, I learn about my subcultures from The Howard Stern Show, which had sent a correspondent to cover this year’s BronyCon, an annual fan convention for followers of My Little Pony: Friendship is Magic. We learn the followers skew male and heterosexual with a median age of 21, although Bronies exist everywhere and may, in fact, include your next-door neighbor. A Brony Tale, a new documentary, which premiered at the Tribeca Film Festival, attempts to unpack this subculture through the lens of filmmaker Brent Hodge’s friend Ashleigh Ball. A voice actress and musician, Ball is a star in this community as she gives life to essential characters on the show, including Applejack and Rainbow Dash, who is responsible for a common catch phrase in the community after she tells a fellow pony to make something “20% cooler.” – John F. (full review)

Trippy, bizarre, surreal and hallucinatory are all excellent adjectives with which to describe Ari Folman‘s The Congress. Adapted from a novel by legendary sci-fi author Stanislaw Lem (Solaris), the film is a hybrid of live-action and mind-bending psychedelic animation; as this is the filmmaker’s follow-up to Waltz with Bashir, those familiar with that title know that Folman is far from a traditional filmmaker. Delightfully surreal and spectacular in its scope, The Congress is a strong testament to the originality and talent behind Folman’s vision of where cinema can take us in the years to come. – Raffi A. (full review) Can you believe Napster existed at full capacity for only one year? One year! As the men—nay, boys—behind the peer-to-peer music-sharing phenomenon tell it, the program was perfected by December 1999 and unplugged February 12, 2001 thanks to an injunction by the Recording Industry Association of America (RIAA). While launching in May 1999 and eventually limping to bankruptcy June 3, 2002 after ill-fated attempts to eradicate its copyright infringement issues, the disruptive force that changed the face of the internet was a newborn when it made its deafening noise. Us little people easily transitioned to Limewire and Gnutella before Bit-Torrent took over, so it was easy to forget. In reality, though, every active social media site today owes a debt of gratitude to the community Shawn Fanning and Sean Parker created. – Jared M. (full review)

Set in 1921 New York, The Immigrant is writer-director James Gray‘s sprawling tale of an American dream gone awry. Immaculate production design and stunning cinematography byDarius Khondji evoke the era-appropriate atmosphere in a manner not at all dissimilar fromGordon Willis‘ design of The Godfather Part II. The final effect is a film laden with nostalgia that feels ripped right from the past, making way for its own unique examination of a transformative period in American history. Known for his character-rich stories, Gray weaves a compelling yarn of two Polish sisters who encounter unforeseen complications when trying to immigrate at Ellis island: a parable about what makes the United States a complex paradox of capitalist dreams and hopes held both by everyday citizens and those aspiring to become one. – Raffi A. (full review) No Michael Mann film fits into its genre. There are crime pictures (Heat, Miami Vice), thrillers (The Insider, Collateral), a biopic (Ali), a horror film (The Keep), and historical epics (The Last of the Mohicans, Public Enemies) — all molds we can imagine, but none Mann seems interested in conforming to. Manhunter, a crime-thriller with direct horror overtones — the lattermost thanks to Thomas Harris‘s Red Dragon, upon which it’s based — eschews conventions, bringing forth the psychology of its characters through both sound and image. (For reference, look at this video essay from 2009.) What starts as an unsettling portrait eventually blossoms into an inescapable nightmare, but it’s the kind you’ll want to revisit again and again. Thanks to Netflix, that’s now possible. – Nick N.

In Paul Thomas Anderson‘s The Master, Joaquin Phoenix plays one of the most unique alcoholics I’ve ever seen in a movie. What Aaron Johnson did to pot in Oliver Stone‘s Savages, Phoenix does here to liquid poison — and yes, I do quite literally mean poison. Paint thinner is but one of the sordid ingredients he uses to concoct his immediate-fix potions, which are usually created in some rusty, holed-up room, where everything he needs — dirty beakers, medicinal substances, forgotten flasks — are at his convenient disposal. – Danny K. (full review) Growing up a wee Baptist lad, the biblical account of Noah and his ark always seemed to me an unlikely candidate for cuddly Sunday School lessons. Nonetheless, the popular image of Genesis’ righteous pillar of faith who garnered God’s favor when all around were deluged in the Almighty’s justice has always been one of chipper, storybook fantasy; a white-bearded Wilford Brimley-esque patriarch piling his nuclear family on a big, gaudy boat that’s essentially a floating zoo. It’s telling that the scene most kitschy art pieces tend to focus on is the white dove hovering above the ark as Noah smiles into breaking storm clouds. It’s not very often that you see a needlepoint sweater depicting the sanctioned, mass drowning of all humanity. – Nathan B. (full review) Science! You either see it as the backbone to understanding or you don’t, and everyone who doesn’t, may want to avoid Mark Levinson‘s Particle Fever because it’s first and foremost a document about the subject’s cool factor and importance. If you’re a creationist and everything you hold true about our origin comes from a book written centuries ago by multiple people who potentially had a simultaneous psychotic break to hear voices, all sense of wonder and discovery is nonexistent in the present. What point is there to search for answers when you know death brings salvation? Only in Paradise can you discover something new and real. For scientists, however, the rush of adrenaline uncovering a truth never before seen by humanity is as crucial an experience as a Catholic meeting God. They’re finding miracles. – Jared M. (full review)

Matt Wolf’s Teenage is an awfully bland telling of an interesting story. Combining media, including archival materials with some newly shot footage, it traces the development of the adolescent. Early on it claims that “adolescence is the new birth,” a post-war, post-Industrial Revolution phenomenon with the improvement of child labor laws. Based on the book by John Savage, part of the problem is the narration. Found footage documentary is a powerful genre, with admirable essay films employing the technique, notably by two British masters. Julian Temple‘s London: The Modern Babylon was a rare overlooked gem from the Toronto International Film Festival last year and Terence Davies has also used this technique to unpack truths about his life, sexuality, and location. – John F. (full review)