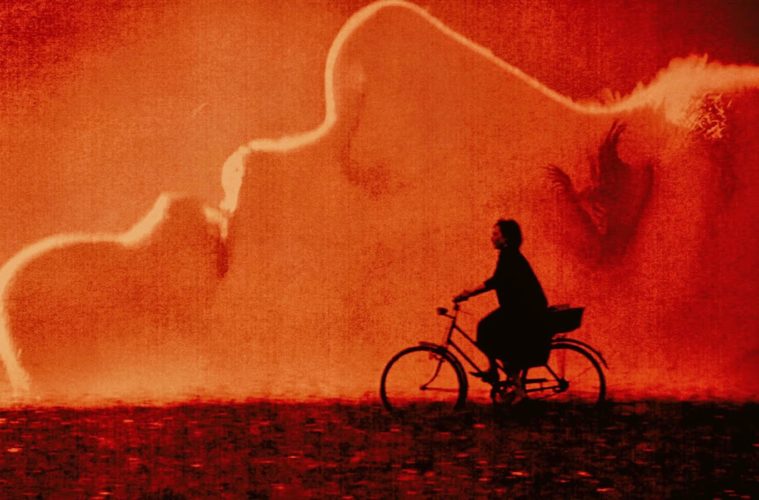 A Letter to Momo (Hiroyuki Okiura) A Letter to Momo, director Hiroyuki Okiura’s (Jin-Roh) second feature, is a hand-drawn animation that took seven years to make. Carefully animated, it gorgeously shows, as the flow of Momo is seamless in both the storytelling and rendering. There are spare flaws in this coming-of-age film, while anyone can enjoy and relate to the adventure. – Minhee B. (review)

One great aspect of the Sundance Film Festival is the occasional discovery of potential new and important voices in American cinema. Dear White People, the debut feature film from writer/director Justin Simien, heralds just that. It is a compelling, yet uneven scattershot of humor and commentary about racial conventions in the 21st century. Set in a fictitious Ivy League university, the film skewers the preconceptions of race in the modern era and how both sides of the coin can negatively reinforce stereotypes. The strength of the film is its razor-sharp dialogue brimming with quick-fire humor that would make Kevin Smith smile. Simien is a natural at creating flowing conversations that punch with intelligence and wit, but are also funny and entertaining. – Raffi A. (full review) Sometimes one just needs to cleanse their palette or expand their mind by checking out a film even the director says is all about the experience. So when Peter Strickland explains how he tried hard not to make us want to find metaphor or meaning beyond what’s onscreen, I’m going to take him at his word. He also admitted the title The Duke of Burgundy was a joke–which “ended too late to change it”–that was intentionally misleading considering a staunch period piece this most certainly is not. No, this depraved sex dream showcasing two female lovers who push each other to the brink of sanity is more of the cricket and butterfly persuasion, or at least it has crickets and butterflies. And mannequins. – Jared M. (full review)

Where to Stream: Cable VOD (check your local listings)

At the end of the day, a gimmick is a gimmick. Taking place in a single room, Joe Lynch’s latest film Everly can feel needlessly contained, but eventually manages to exceed beyond its basic concept. The issues are particularly in the first act, but when it starts to build some mythology and introduce characters that are more than bullet-fodder bad guys, it turns into a genuinely thrilling female-led action film. Salma Hayek is an easy highlight, proving that she still has plenty of the magnetic charisma that led to her stardom in the first place and this film showcases a fun wrinkle in her ability to pull off the bad-ass action star with charm. – Bill G. review) Shot over 20 days, largely in director Barry Levinson‘s own Connecticut house, The Humbling is an adaptation of Philip Roth‘s novel looking at the enigmatic figure of Simon Axler (Al Pacino), a screen and stage legend who seems to have lost his gift for acting. After an eccentric stage exit during his last production in New York, Simon enters into therapy and retreats to the solitary confinement of his barely furnished country house. Little time passes before the daughter of two old friends shows up at his door and confesses to have harbored inappropriate thoughts about him since “when they were really inappropriate.” A puzzling young woman, Greta Gerwig‘s Pegeen has a complicated romantic past and some issues of her own. Just like that, a relationship is born. – Tommaso T. (full review)

No doubt about, Song One has it’s heart in the right place. Set in Williamsburg and focusing on the indie music scene that populates that piece of North Brookyln, writer/director Kate Barker-Froyland‘s film explores the ties that bind a family together after a tragic accident. One night after playing his guitar for subway commuters, Henry (Ben Rosenfeld) is struck by a cab. Trapped in a coma, his mother (Mary Steenburgen) summons his sister Frannie (Anne Hathaway) back home. Frannie soon becomes obsessed with her brother’s life, scouring his room for anything that might help bring him back to life. – Dan M. (full review) What do you get when you cross one of Japan’s most influential comedians, a premise similar toThe Game – but with a zany wild streak of subversive humor — and a whole lot of S&M? The answer is Hitoshi Matsumoto‘s R100, a film following the mild-mannered Takafumi (Nao Ohmori) as he descends into a world of painful pleasure, the likes of which he wasn’t prepared. Similar in tone to his previous film Scabbard Samurai, I fortunately didn’t have to worry about bridging the cultural divide for complete coherence like I did there. It’s not because this one was made with a Western voice or possessed a stronger story, however. No, there was little struggle to figure out what was going on because Matsumoto decided to purposely go as absurd as he possibly could. – Jared M. (full review)