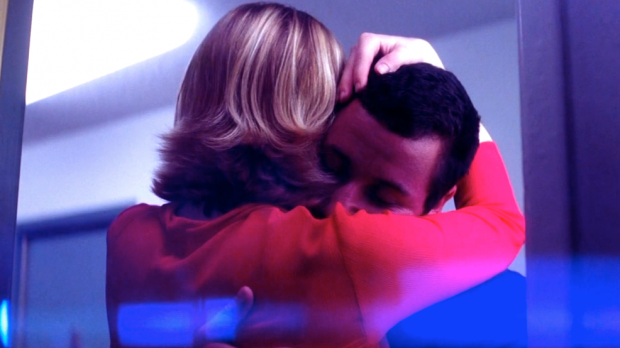 Christopher Guest has had an exceptionally strong ’00s with A Mighty Wind and For Your Consideration, and it remains to be seen how his upcoming Mascots will be received, but his arguable peak is still the gloriously funny mockumentary Best in Show. Guest’s other films have lovingly skewered egotistical oddballs and the insanity of subjective or objective criticism, so Best in Show is one of his rare films that feels as deeply invested in its main conceit — the Mayflower Dog Show — as its neurotic participants. Gathering together a bulletproof human cast — including Parker Posey, Catherine O’ Hara, Michael McKean, and John Michael Higgins — and an equally capable animal ensemble, it’s among the best examples of the improvisatory form’s possibilities. – Michael S.

TIFF’s Colin Geddes was correct when introducing Ben Wheatley’s bottle episode of a film Free Fire with the words: “This will wake you up.” The gunfire alone risks perforating your eardrums as John Denver blares from a 1978-era van’s eight-track, but I think it’s the surprising wealth of comedy that ultimately gets the blood pumping and synapses triggering. Wheatley and wife/writer Amy Jump’s latest isn’t for everyone — fair warning to Hardcore Henry detractors, Sharlto Copley refuses to quit his shtick — but those willing to break free from a desire for plot complexity will undoubtedly be entertained. This is low-brow Reservoir Dogs, extreme genre action meant to energize you with an insane cast of characters hell-bent on killing each other on principle. Although that briefcase of money is appealing too. – Jared M. (full review)

Ghost in the Shell (Rupert Sanders)

How is it that this new live-action Ghost in the Shell has more dialogue than the anime it’s remaking but says so much less? How is it that this 2017 film’s CGI, conjured out of a hundred-million-dollar budget and presented in 3D, is so much less convincing and immersive than digital / cell animation from 1995? Why would a filmmaker, having acquired Takeshi Kitano for their movie, give him nothing to work with beyond dry-heaving exposition? This iteration of Ghost in the Shell remixes elements from the various comics, films, and TV series that have come before, but offers nothing new or interesting in doing so. – Dan S. (full review)

The Happiest Day In the Life of Olli Mäki (Juho Kuosmanen)

The Happiest Day In the Life of Olli Mäki is a boxing biopic that has no interest in the sport of boxing. Winner of the Un Certain Regard prize at this year’s Cannes Film Festival, Juho Kuosmanen’s dryly funny, blissfully sweet, and deceptively absorbing work revels in Olli Mäki’s psychological surroundings as he contends with the strangeness of national promotion, the accruing pressures of competing, and a burgeoning romance that’s feeling more permanent than he expected. – Michael S. (full review)

“She’s more man than most men,” someone says of Vienna (Joan Crawford) as she descends the trademark staircase of her saloon. What begins as a love triangle between Vienna, the outlaw known as the Dancin’ Kid (Scott Brady) and Johnny Guitar (Sterling Hayden) an unarmed enigma who just rolled into town, slowly mutates into a love square. Emma (Mercedes McCambridge) takes the fourth corner, an embittered land baroness (though she’s oddly referred to as a land baron), who despises Vienna and secretly harbors affection for the Dancin’ Kid. Vienna and Emma’s intense glares smolder with a buzzing sexuality. While Emma’s secret passion for the Dancin’ Kid inwardly disturbs her, her feelings for Vienna equally unsettle her hard-nosed demeanor. Johnny Guitar’s political subtexts are as subtle as its aesthetic, the venomous bile of the McCarthy-era witch hunts echoing through the film, done up like gaudy melodrama. Nicholas Ray’s film treats these characters with a brightly stylized sincerity, allowing the narrative to emotionally transcend melodramatics. – Tony H.

Ruth Negga and Joel Edgerton deliver remarkably nuanced performances in Loving, a late ’50s- / early ‘60s-set true life story of a mixed-race couple whose illegal marriage became a landmark case in the United States Supreme Court. Having tried his hand at the coming-of-age drama (Mud) and both small- and large-scale science fiction (Take Shelter and Midnight Special, respectively), the increasingly prolific Jeff Nichols branches out once more here to the awards season period drama. This heartwarming and wonderfully refined film might not do a whole lot of things we haven’t seen before in the civil rights-era picture, but it does the familiar stuff with enormous care and control. – Rory O. (full review)

Terry George‘s The Promise begins with a title card that appears on-screen stating that 1.5 million Armenians were killed by the Turkish government during World War I. It’s a tragedy that has been depicted before in film, perhaps most notably in Atom Egoyan’s underwhelming Ararat, with ample room still made available to deliver the definitive version. Despite formidable talent on both sides of the camera, unfortunately we’ll have to wait longer for such a drama to arrive. – Jordan R. (full review)

I think writer/director Asghar Farhadi is getting better with time. His Oscar-winning A Separation may have put him on the map (his previous two films only found stateside release afterwards), but I’d argue he bested it with his follow-up The Past in 2013 and yet again this year with The Salesman. A searing relationship drama depicting the rapidly forming cracks tragedy reveals without sympathy, Farhadi exposes our propensity to let vengeance overshadow compassion. Set in the patriarchal system of Iran and Islam, a crime committed against his wife consumes an otherwise good-natured man. An objectively simple situation of victim and perpetrator becomes insanely more complex as ideas about the form and supplier of justice test our capacity for empathy.

Writer/directors Jeremy Gillespie and Steven Kostanski being an art director and make-up artist respectively got me excited for The Void because it meant they had the vision necessary to deliver something memorable without an extensive budget. They know what it takes to make something look good and being two-fifths of filmmaking collective Astron-6 also already have the experience of leading a set. But while their previous films (Manborg and Father’s Day) were comedic endeavors, this is a horror enterprise steeped in the practical effects and darkly fantastical mythologies of vintage John Carpenter and Clive Barker. They set-up a crowd-sourcing campaign not to propel production, but to finance pre-production and the creature effects they hoped to bring to life. These guys weren’t fooling around, and it shows. – Jared M. (full review)

The Assignment
The Curious Case of Benjamin Button
The Good, the Bad and the Ugly
Manhattan
Married to the Mob
Pi
Rescue Dawn