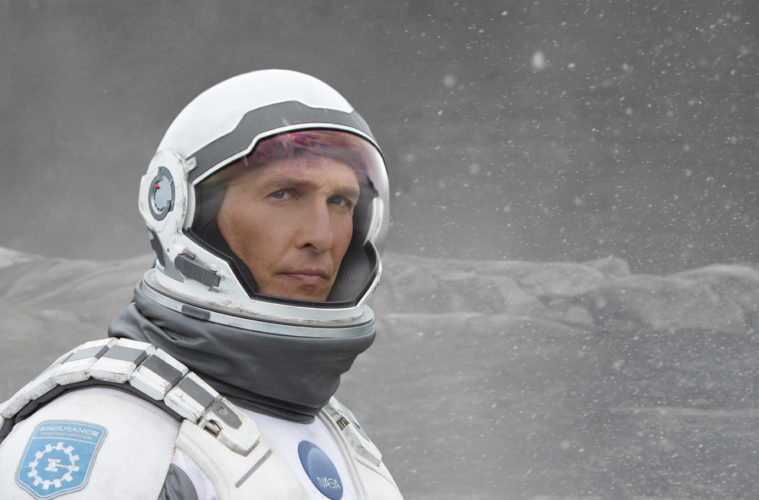 While The Weinstein Company botched the three-pronged release of The Disappearance of Eleanor Rigby earlier this fall, today brings a chance to see all available versions as they’ve hit Netflix Instant. Exploring the ups and downs of a marriage between a recently split couple (James McAvoy and Jessica Chastain), we found the Them version to be a respectable drama, but we’re looking forward to see what the Her and Him versions have in store. – Jordan R.

Alan Turing’s life comes tailor-made to fit the prestigious period drama mold that’s long been a staple of the British film and TV industries. For the most part, The Imitation Game is content to stay within the tropes of its genre. While undoubtedly nakedly manipulative, there’s the sense that this has become the formula because it can function so well in the right hands. Even the most cynical will feel some joy at the sudden breakthrough discoveries, or even tear up as Turing is persecuted for his homosexuality. However, what limits the film to effective feel-good weepie, rather than the great work it could have been, is that it never challenges the audience’s conscience. – Martin J. (full review) Sure, the film has some flaws. I think Nolan‘s visual style suffers with the absence of his usual collaborator, Wally Pfister, though Hoyte van Hoytema still shoots a beautiful film. All the same, Interstellar swings for the fences, and while it might throw out its shoulder and stumble on a twisted ankle in the homestretch, I’ll be damned if the ball doesn’t fly high over the fences and the runner doesn’t get the run (to stretch a metaphor to its breaking point). Nolan finds an incredible emotional depth in his material, performers, and narrative, making this the first of his works to bring tears to my eyes. The score is a bombastic overture perfectly in line with the starscapes and planets on display, and the overflowing optimism about humanity’s ability to reach to new heights makes this a powerful, worthy cinematic experience. – Brian R. The first words in Colin Geddes’ TIFF description for Vanguard selection Spring are, “Before Sunrise gets a supernatural twist.” Naturally, I pushed everything aside to check out what it could mean. A horror romance from Aaron Moorhead and Justin Benson, its Italy-set journey of an American lost and alone proves equally suspenseful, grotesque, funny, and beautiful. The best part, however, is it’s smart and sensitive way of allowing the dark fantasy to enhance its love story rather than overshadow. Because at the end of the day, what’s onscreen isn’t necessarily out to scare us—although it will. Instead it shows love’s power to literally reinvent ourselves into that which we didn’t even realize we wanted to be. – Jared M. (full review)

Something, Anything (Paul Harrill) Don’t let the generic title fool you. Paul Harrill’s Something, Anything gently tells its story through detailed specificity. One might not be able to place the film’s location—suburban Tennessee—until a sign notes the area maybe halfway through the film, but Harrill uses the film’s cultural touchstones to slowly locate the life and turmoil of Peggy (Ashley Shelton), the protagonist of this quiet drama. Turmoil might not be the best word, however, because Peggy’s crisis is less dramatic than simply a search for serenity. This provides Harrill with an enormous cinematic challenge: how does one portray the crisis of a person who is simply looking to create a new outlook at life? – Peter L. (full review)

Song of the Sea (Tomm Moore)

Song of the Sea, the latest animated feature from The Secret of Kells director Tomm Moore, opens with a dreamlike sequence that quickly lays the foundation for most of what is to follow, both thematically and narratively. The traditional, handcrafted animation that Moore is again working with gives the movie a distinct, yet classically appealing aesthetic that visually distinguishes it from the variety of other animated offerings we’ve seen of late. The depth of the environments is truly remarkable, a layering of complex details and visual flourishes juxtaposed against the simpler design of the central characters. The nighttime sequences are somehow even more impressive as the images glow with such clarity as to almost create a 3D effect. – Brian P. (full review) With a seemingly economical and swift production, the first V/H/S was an unexpected hit, and has now spawned two sequels. As short films usual have such a small amount of exposure, the loosely-linked anthology concept is ideal for the genre. It’s challenging to the filmmakers and intriguing for viewers and, for better or worse, we have some interesting ideas at play. For the third film, V/H/S Viral, the “found-footage” emphasis has been mostly dropped via the throughline between them all. Like any franchise, a third outing is difficult to pull off yet, and such is the case here, with few ample rewards to be found. – Bill G. (full review)

There are at least two problems with the phrase “self-discovery”: a) the idea that discovering the self is a discrete act; b) the idea that the self is a discrete thing. In case you haven’t noticed yet, I’m probably not the target audience for Wild, Jean-Marc Vallée’s adaptation of Cheryl Strayed’s best-selling memoir of her 1,000-mile trek through the Pacific Crest Trail, a journey of… you guessed it. But Vallée takes what could have been an insufferably hokey stream-of-consciousness, downplays the hokey, and pushes the stream. Vallée distills the memories defining Cheryl’s journey to brief, delicately composed flashes—moments where little ostensibly happens, charged with tension, each as important as the last. – (full review)